Bailiffs want to equate to police and military

July 4 2019
0
In the foreseeable future, a new power structure may appear in Russia. The Government of the Russian Federation proposes to significantly change and increase the powers of the Federal Bailiff Service (FSSP). 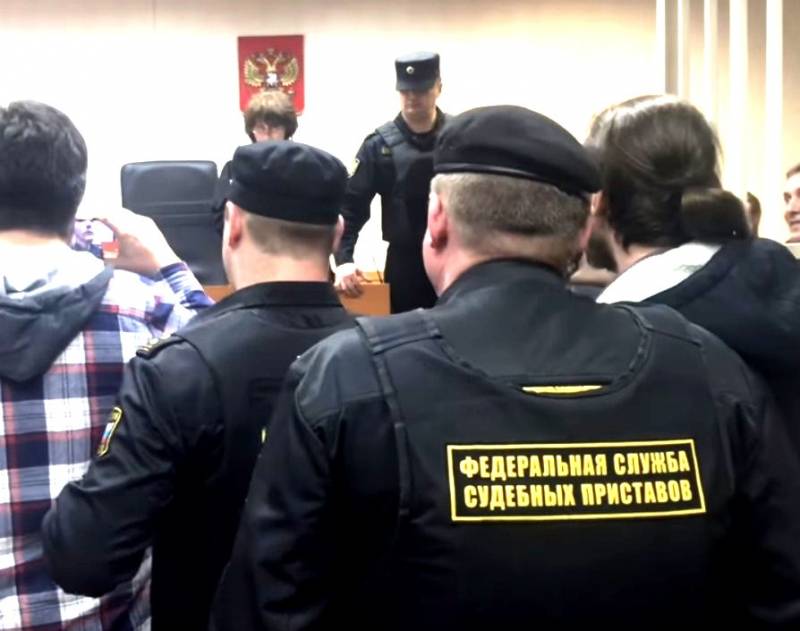 The explanatory note emphasizes that the bailiff service performs important tasks that bring it closer to law enforcement. For example, bailiffs ensure the safety of court hearings, judges, including outside the courthouse, participate in the deportation of foreign citizens, have the right to use physical force, special means and firearms. But their authority is still much less than that of the same police officers.

If the bill is adopted, then within the framework of the proposed reform, they will tighten the rules for admission to the FSSP, introduce special ranks for bailiffs, issue a new form and give them the right to retire ahead of schedule.

If the law is passed, a major may come to collect the debt from the alimony, and people who collect the debts will retire after 20 years of service - like the military or the police. By the way, if an employee comes to the FSSP from the army, he will receive the right to apply for a special rank a notch higher than a military one - he was a captain of the Armed Forces and will become a major of the Bailiff Service.

But is there any need to equalize the rights of bailiffs with paratroopers or riot police? Especially if we are not talking about units carrying out force cover of the FSSP, but about those who were formerly called bailiffs?

Of course, there is a risk factor in the bailiff service, but ambulance paramedics, electricians, roofers, and drivers are at risk. You can’t provide everyone with an early retirement.

Meanwhile, the cost of the FSSP reform is estimated at 35 billion rubles over three years. But in the future, the costs will be much greater if employees begin to retire at 40 years of service.
Ctrl Enter