Eyewitnesses to the death of submariners: "There was no smoke, nothing"

July 3 2019
4
Recently we Reported about the death of 14 submariners of the Russian Navy in a deep-sea vehicle due to a fire. And now, the details of this emergency have become known. 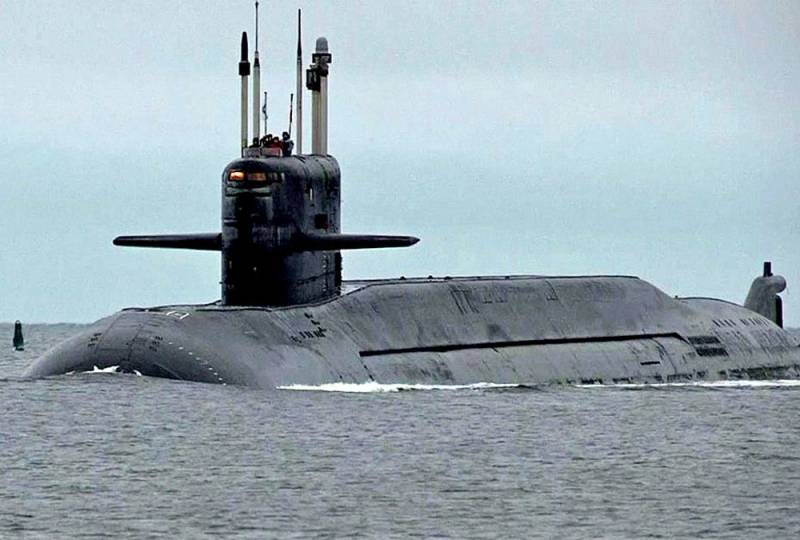 It should be noted that the AS-12 (Losharik) is a Russian top-secret nuclear submarine (classified as a deep-sea atomic station). AS-12 is not armed, but can dive to a depth of 6000 meters (real diving to a depth of 3000 meters has been demonstrated). Therefore, it can be used for operations of various nature.

At the same time, NATO says that the AS-12 is a "diversion apparatus" carrying a full-fledged threat, since with its help it is possible to destroy any underwater infrastructure. Especially in NATO, they are worried that in the event of a conflict, the AS-12 is capable of seriously disrupting the Internet, disrupting the operation of the main communication cables between the continents.

The AS-12 carriers are BS-64 “Moscow Region” - a special-purpose nuclear submarine. An emergency occurred on July 1, 2019 at about 21:00 in the Barents Sea, at the exit from the Kola Bay. Most of the dead were high-ranking fleet officers. Seven of them are captains of the first rank, which corresponds to the military rank of colonel in the ground forces and aviation.

And so, the news agency SeverPost (Murmansk) found unwitting witnesses to this tragedy - fishermen who became eyewitnesses of the emergency ascent of the Moscow Region.

We walked towards Kildin in the evening, and here, at about half past nine in the evening, a submarine pops up. Right completely pops up. I have never seen such a thing in my life. On the deck, people run around, fuss
- said one of the fishermen.

Fishermen were in one of the many bays, from where they watched what was happening. Fishermen claim that a warship and two tugboats approached the submarine.

We then asked the warrior what it was. They said: the boat surfaced near Ura, without stipulated reasons
- the eyewitness said.

Since the fishermen are conducting illegal fishing, they did not begin to name their names without permission and documents, respectively. At the same time, they clarified that at about 23 hours on July 2, 2019, the submarine quickly left, accompanied by tugboats.

The boat was moving fast, and the men and I decided: it’s not an accident. Once under its own power and quickly goes. There was no smoke, nothing. Then we were told that someone had seen bodies being unloaded in Ur
- said the fisherman.

It should be recalled that after the emergency, Russian President Vladimir Putin met with Defense Minister Sergei Shoigu.

Of the 14 dead - seven captains of the first rank, two Heroes of Russia. This is a big loss.
- said the head of state.

The Russian leader brought condolences to the families of the deceased sailors and instructed to provide them with help and support. Putin asked Shoigu to personally go to Severomorsk, to hear reports on the causes of the emergency and report them.

It should be added that Shoigu during the meeting to find out the causes of the emergency said that the first to evacuate the civilian.

In a critical situation, submariners acted heroically. First of all, a civilian industrial representative was evacuated from the compartment covered by fire, they pulled up a hatch behind him to prevent the spread of fire throughout the deep-sea vehicle, and they themselves fought for the survivability of the ship
- said Shoigu.

The Minister emphasized that at the cost of their lives, submariners eliminated the fire, saved the comrades and the deep-sea vehicle itself.

At the same time, the press secretary of the President of Russia Dmitry Peskov told the public that part of the information about the state of emergency will not be made public, as it is a state secret.
Ctrl Enter
Noticed oshЫbku Highlight text and press. Ctrl + Enter
We are
Two Heroes of Russia died in a submarine
A few sailors could survive on a submerged station
Reporterin Yandex News
Read Reporterin Google News
4 comments
Information
Dear reader, to leave comments on the publication, you must sign in.