July 1 2019
0
The riots swept through one of the largest and most politically and economically specific cities in China - Hong Kong. Protesters launched an assault on the Hong Kong Legislative Council, a regional parliament. 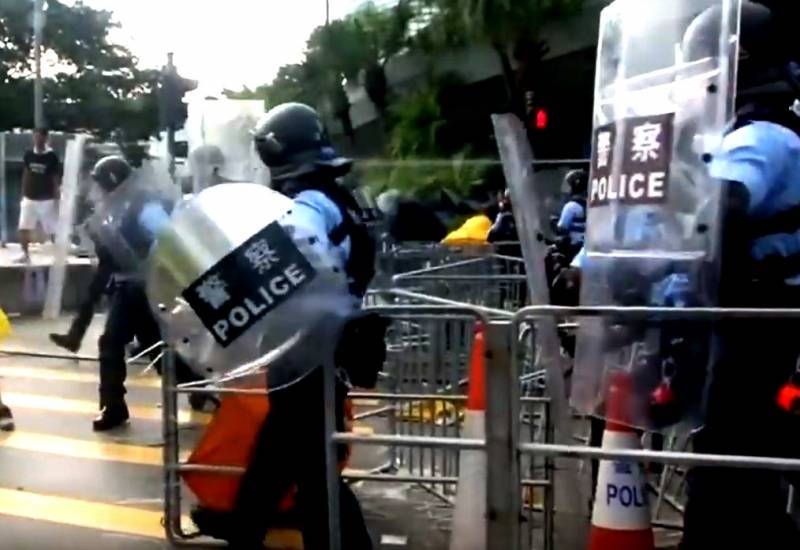 The protests in Hong Kong are connected with the next anniversary of the return of the city under the jurisdiction of the PRC. First, recall that for a century and a half Hong Kong was a colony of Great Britain and only July 1, 1997, 22 years ago, the UK transferred Hong Kong to China.

But there is another reason for the unrest - the Hong Kong authorities passed amendments to the extradition law, which allowed the extradition of criminals in Hong Kong to other provinces in China. Given the rigidity of Chinese law, the concerns of Hong Kong residents are well understood.


Demonstrators not only besieged the building of the regional parliament, but also blocked several central streets of the city. Against protesters armed with stones, sticks, bottles, Hong Kong police use tear gas and batons.

At present, at least 1 thousand people are fighting with the police on the streets of the city, while, according to the Hong Kong authorities, the number of protesters may increase. In connection with the protests, several Hong Kong subway stations were closed.

Some media outlets have dubbed the events in Hong Kong "Chinese Maidan." But such a big name is unlikely to apply to these riots. Moreover, mass demonstrations take place every anniversary of the reunification of Hong Kong with China - there are too many in the city who are dissatisfied with the return to the PRC.
Ctrl Enter
Noticed oshЫbku Highlight text and press. Ctrl + Enter
We are
Change of rhetoric: Tbilisi has declared its unwillingness to lose Russian tourists
Belgium rebels against high gas prices
Reporterin Yandex News
Read Reporterin Google News
Ad
The publication is looking for authors in the news and analytical departments. Requirements for applicants: literacy, responsibility, efficiency, inexhaustible creative energy, experience in copywriting or journalism, the ability to quickly analyze text and check facts, write concisely and interestingly on political and economic topics. The work is paid. Contact: [email protected]
Information
Dear reader, to leave comments on the publication, you must to register.
I have an account? Sign in