29 2019 June
5
The Nord Stream 2 gas pipeline, apparently, will not go through the territorial waters of Denmark. Nord Stream 2 AG, the gas pipeline construction operator, has withdrawn the application for laying a pipeline near the Bornholm island in the Baltic Sea. 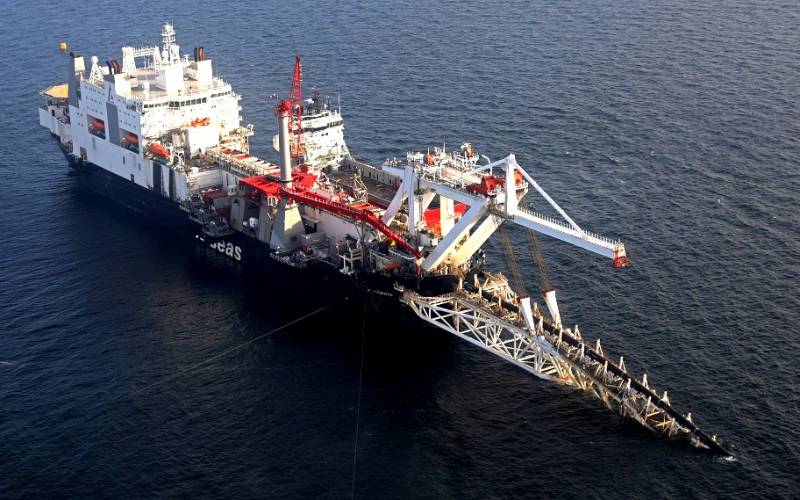 Before, the main line builders expected that the gas pipeline, through which “blue fuel” was supposed to go from Russia to Germany, would be laid through Danish territorial waters near the island of Bornholm.

An application for laying the highway was filed two years ago. And since then, no reaction from the Danish kingdom has followed.

While Finland, Sweden and Germany have long and without problems allowed the laying of a gas pipeline through their territorial waters, Denmark has begun to do everything possible to slow down the construction of the gas pipeline. But since it is quite difficult to give a direct refusal to the application, in Copenhagen they decided simply not to answer it and thereby slow down construction.

In this regard, Nord Stream 2 AG decided to withdraw the application sent to the Danish leadership. Now the attention of builders will be focused on routes bypassing Danish territorial waters.

If Copenhagen does not want to allow the laying of a gas pipeline in the Bornholm area, then the builders of the pipeline can easily do without the participation of the Danes.

In any case, Nord Stream-2 will be built. The head of Gazprom Alexei Miller and representatives of European countries extremely interested in Russian gas supplies are no longer in doubt.
Ctrl Enter
Noticed oshЫbku Highlight text and press. Ctrl + Enter
We are
Denmark must be responsible for the delay SP-2 and pay damages
Nord Stream 2 AG has filed Denmark's third application for a new SP-2 route
Reporterin Yandex News
Read Reporterin Google News
Ad
We are open to cooperation with authors in the news and analytical departments. A prerequisite is the ability to quickly analyze the text and check the facts, to write concisely and interestingly on political and economic topics. We offer flexible working hours and regular payments. Please send your responses with examples of work to [email protected]
5 comments
Information
Dear reader, to leave comments on the publication, you must sign in.