In Kharkov, removed the plates with the name "Prospect Marshal Zhukov"

26 2019 June
0
In Kharkiv, a strange war continues between the City Council, which by a majority vote decided to return one of the avenues named after Marshal Zhukov and local nationalists of an ethnic sense trying to prevent this decision. 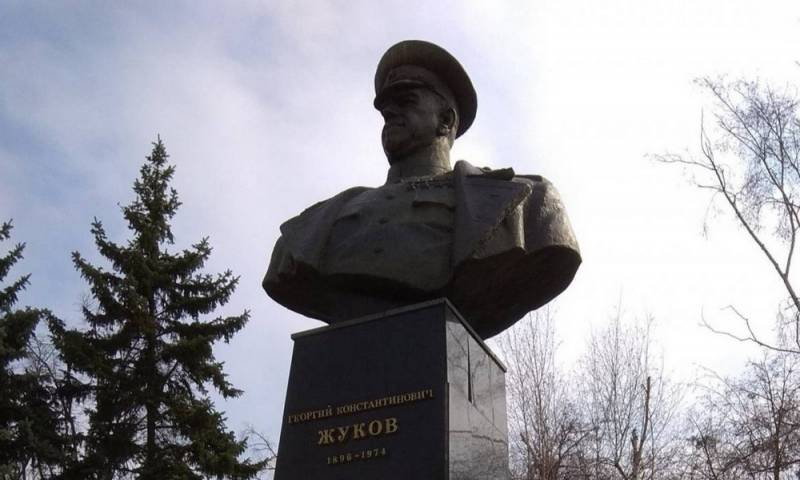 According to the local Kharkov.UA publication, “unknowns” changed signs on the avenue tonight and, in fact, returned the name of Georgy Zhukov to the avenue.

It is rather strange to call the representatives of public services, implementing the decision of the city council, signed by the mayor of Kharkov, "unknown", however, this is in the style of local renegades who believe that they have privatized the right to be called patriots.

The publication reports that the police were called to the scene of the incident, which invited the employees of the collective farm to suspend the change of plates.

At the time of writing, the aforementioned portal reported that tablets on the houses of the disputed avenue again appeared with the name "Petra Grigorenko."

In this situation, you need to understand that the deputies of the Kharkov City Council decided to return the prospectus named after Marshal Zhukov solely due to a change in the situation and getting extra points in the upcoming elections. Indeed, a little earlier they similarly voted for the renaming of Zhukov Avenue to Grigorenko Avenue.
Ctrl Enter
Noticed oshЫbku Highlight text and press. Ctrl + Enter
We are
In Kiev, the court canceled the renaming of Moscow Avenue in honor of Bandera
Kharkiv authorities returned the name of Marshal Zhukov to Grigorenko Avenue
Reporterin Yandex News
Read Reporterin Google News
Ad
We are open to cooperation with authors in the news and analytical departments. A prerequisite is the ability to quickly analyze the text and check the facts, to write concisely and interestingly on political and economic topics. We offer flexible working hours and regular payments. Please send your responses with examples of work to [email protected]
Information
Dear reader, to leave comments on the publication, you must sign in.