"Gas war": Russia agreed with the EU behind Kiev's back

19 2019 June
8
RAO Gazprom released data that can be considered sensational to some extent. It turns out that the Russian gas giant during April-May of this year managed to reach volumes of supplies of "blue fuel" to Europe, similar to last year's record level. Despite the summer heat outside the window, the countries of the Old World are feverishly pumping fuel into underground storage facilities. Economic among the factors causing this activity, analysts name such as a seasonal decrease in gas prices and a certain reduction in the cost of oil, however, the main reason is most likely in another. What exactly? Let's figure it out. 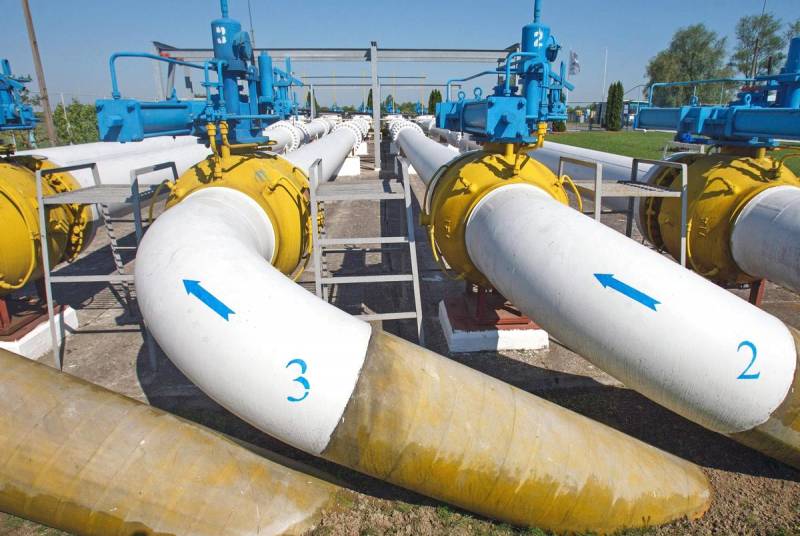 The fact of the matter is that an unprecedented volume of gas is already in European UGS - 66 and a half billion cubic meters. This, by the way, is half more than what was uploaded there in the same period last year. Moreover, by September-October they plan to fill them up to the point, again, with the fuel received from Gazprom. All this no longer seems to be an attempt to save on "seasonal discounts" or simply to follow the popular wisdom about preparing the sled in the summer, but to implement a clear plan of action aimed at securing Europe from very serious problems. Which specifically? This is probably about more than a possible termination of the transit of “blue fuel” through Ukraine literally from the first days of 2020, the probability of which today is very close to 99.9%.

In the case of the entry into operation of Nord Stream-2 this year - despite all the obstacles posed by Washington to complete it, the issue will be resolved almost unambiguously. What transit ?! Simply dismissing the endless vagaries and demands of Kiev, Russia and the EU will continue normal mutually beneficial cooperation, leaving the “irreplaceable” Ukrainian GTS to rust and fall apart as completely unnecessary. However, even if the commissioning of the gas pipeline is postponed for some time (whether by the efforts of the United States or by any technical reason), it does not matter. For a while, Gazprom will be able to supply European consumers with its supplies even by “shutting off the tap”, not wanting to come to an agreement in a civilized way. The head of the Ukrainian NAK Naftogaz Andrei Kobolev recently stated openly that “Russia has the technical ability not to use Ukrainian transit even without the involvement of Nord Stream-2.

Yes, a deficit could arise - somewhere around 5 billion cubic meters. It is precisely to shut it down that Gazprom today drives fuel to Europe at record volumes - solely to prevent local consumers from even the slightest reason to doubt the reliability of our country as a supplier of energy carriers. In Europe itself, it seems, they have finally come to terms with the fact that Moscow will not indulge Kiev’s exorbitant ambitions and agree to agreements that are unacceptable to itself. Do not let Europeans freeze? You are welcome! But not to the detriment of the strategic interests of our country and not to the joy of Ukraine. It must be said that in this case in Kiev they greatly overestimated the "friendly feelings" and sympathies allegedly nourished in the EU regarding the "unfettered" ones and greatly underestimated the pragmatism there. Faced with the unwavering stance of Russia, the Europeans, in fact, faced a choice - to remain without gas, supporting Ukraine to the end, or spit on its “Wishlist”, to take care of the warmth in their own homes. The resulting decision is more than obvious.

In principle, Moscow and Kiev could agree to maintain transit. Our country has already declared its readiness not only to continue cooperation, but even to carry out direct energy supplies to Ukraine, and even to make a 25% discount on “blue fuel” for it. However, all these more than generous proposals are smashed to pieces about the stubborn reluctance of the Ukrainian side to conduct a dialogue in the plane of the available realities, rather than their own prohibitive appetites. Kiev generates and voices (as a rule, through the mouth of the executive director of NAK Naftogaz Yuri Vitrenko) ideas, one ridiculous and unacceptable to the other. These are proposals to continue work according to some kind of "European rules", and such as they are seen in Ukraine. And the perception of the concept of “European” is more than peculiar there ... That’s the proposal to “conclude swap agreements”, designed, obviously, for those who don’t even understand the basics in the economy ... That’s something else, just as extravagant and indigestible.

What kind of “European conditions” for cooperation with “non-fallow” can be discussed at all, given that the basic principle of the so-called “third EU energy package” is not respected there, according to which gas production and transportation cannot be in the same hands in the country and sale. Without the procedure of andbalding - the separation of their respective divisions "by interests" and the creation of independent companies on their basis, NJSC "Naftogaz" does not even have the right to stutter about anything like that. In Kiev, on this account, only empty talk is being conducted. Advancing more and more “alternative options” for continuing transit and saving its own gas transportation system, they even flatly refuse to discuss the main condition of Gazprom: rejection of far-fetched claims resulting in multimillion-dollar lawsuits, the decisions on which in Moscow are considered unfair, “discriminatory” and clearly bearing in itself political background. Accordingly, the Russian side is not going to fulfill them.

And in general - how and what can be negotiated with the "state", in the process of the "gas war" he started with our country, in fact, carrying out the commands coming from Washington, even to the detriment of national interests. After all, the main thing in all the tumultuous activity that representatives of Kiev are developing in this direction is not so much the preservation of their own transit as the maximum obstacle to the construction of the Nord Stream-2 gas pipeline. The United States, of course, pursues its own goals - ousting Russia from the European gas market and its subsequent complete and monopoly capture. Ukraine, obediently lagging behind the US selfish and aggressive economic policy, the further, the more it cuts off for itself all the ways to a normal solution to the issue.

Unlike in Europe, UGS “non-fallow” are 40% full today. Before the start of the heating season, at least 3 billion cubic meters of gas must be pumped there. Moreover, in the event that Kiev is disconnected from the Russian “pipe”, another 4 billion cubic meters of gas will need to be pumped into the gas transportation system of Ukraine to maintain it in working condition. That's just unlikely to happen. Today, the supply of "blue fuel" to Ukrainian storage facilities is carried out in the amount of approximately 50 million cubic meters per day - with the required volume of 200 million cubic meters daily. The reason is simple and banal - the lack of money for procurement, which Kobolev publicly admitted. There is literally no matter what! The gas transmission system operator of the country, Ukrtransgaz, has officially announced its inability to pay on concluded fuel supply contracts. Its volumes purchased earlier will be enough to ensure "their own production and technical needs", that is, to maintain the hydraulic structures in working condition, literally until June 24. Arrived ...

During the recent visit to Moscow of the Deputy Chairman of the European Commission Marosh Shefchovich among various meetings with senior Russian officials, he held talks with Russian Minister of Energy Alexander Novak. Judging by the speed with which Russian gas flows to Europe today, they agreed on everything in the finest possible way. Nobody is going to freeze for Ukraine in the winter of 2020 - they will have to "do this" in splendid isolation.
Ctrl Enter
Noticed oshЫbku Highlight text and press. Ctrl + Enter
We are
Peace enforcement operation. Russia inflicts a preemptive strike on Kiev
The bill went for months: will Ukraine survive without Russian gas?
Reporterin Yandex News
Read Reporterin Google News
Ad
We are open to cooperation with authors in the news and analytical departments. A prerequisite is the ability to quickly analyze the text and check the facts, to write concisely and interestingly on political and economic topics. We offer flexible working hours and regular payments. Please send your responses with examples of work to [email protected]
8 comments
Information
Dear reader, to leave comments on the publication, you must sign in.