Bypass plumbing: the Kremlin may send the Dnieper past Ukraine

17 2019 June
38
Before the Crimean Spring, over 85% of water supplies to the peninsula went through the North Crimean Canal. When leaving, Ukraine did not forget to “block the water”, which created enormous problems for agriculture in the new Russian region and the prerequisites for a real environmental disaster. 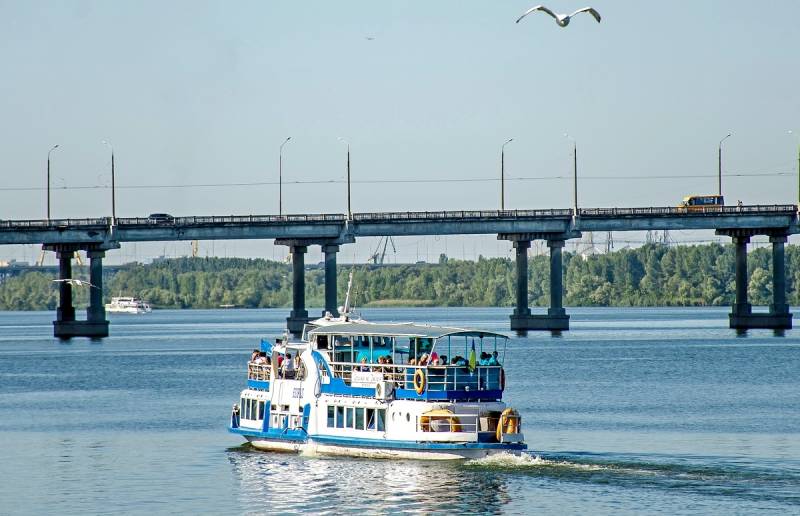 In recent years, the area of ​​irrigated land has decreased from 400 to 15 thousand hectares, rice growing is completely ruined. In the north of the peninsula in Armyansk last year, the most dangerous acid fumes were released at the titanium production plant due to a shortage of fresh water in a special storage pond. In addition to Crimean Titanium, Crimean Soda and Brom experience a need for water. The summer of 2019 is expected to be hot, so there is a great danger of a recurrence of another environmental disaster.

Svidomye from the other side of the state border with smirks are watching how Crimeans are forced to make artesian wells in order to somehow solve the acute problem. Unfortunately, the result is salinization of the soil, which makes it ultimately barren, and the wells themselves are gradually depleted. On social networks, you can find similar comments:

At the dachas in the Western Crimea everything was dry. The water from the well is salty!

So what to do? Preparatory work on the creation of large-scale desalination systems is not noticeable. No one is in a hurry to finish building the Crimean NPP, whose energy would be needed for such a project. Really Square with her inhuman policies won?

Interestingly, a petition appeared on the official website of the recently assuming office of President Vladimir Zelensky, in which Ukrainian citizens urge the head of state to return water from the Dnieper to the peninsula without any additional conditions:

Crimea lacks water. For Ukraine, returning it costs nothing. All hydraulic structures were built during the Union by our parents.

Why did it take as long as five years to mature to such "humanism"? There may be two reasons.

At first, Dnieper water, which does not reach the Crimea, floods the Kherson region of Ukraine. Sewer drains fall into groundwater, which is fraught with serious problems for the local population.

Secondlyover the Independent Square there was a threat directly opposite to the risk of flooding: it itself may lose the Dnieper water. A couple of weeks ago, such an extravagant idea was made in the past by a prominent Russian politician and ex-mayor of Moscow, Yuri Luzhkov. Kiev in its decisions should take into account that the Dnieper originates in Russia, in the Smolensk region, so its water is not a “purely Ukrainian commodity”.

The ex-mayor of Moscow proposed blocking the runoff of the Dnieper and Desna and redirecting them to the Don and the Kuban River, from where the water through the pipeline passing along the bottom of the Kerch Strait will fall into the dried up Severokrymsky Canal and feed the peninsula again. The project is large-scale, expensive, but feasible. The construction of such a bypass water supply system will become a real nightmare for Ukraine itself, since it will lead to a water shortage already in the Dnieper with all the "ensuing" consequences.

It is not known whether the Kremlin will decide on something similar, but there is a certain “karmic” justice in it, and such a threat may well make even hotheads in Kiev think for a while.
Ctrl Enter
Noticed oshЫbku Highlight text and press. Ctrl + Enter
We are
How to save Crimea: the peninsula dies without water
Who killed the agriculture in the Crimea?
Reporterin Yandex News
Read Reporterin Google News
38 comments
Information
Dear reader, to leave comments on the publication, you must sign in.