Russia will pay pensions to labor migrants from the EEU countries

11 2019 June
5
The Ministry of Labor and Social Protection (Ministry of Labor) of Russia informs that very soon the Russian state will begin to pay pensions to labor migrants from the countries of the Eurasian Economic Union (EAEU). This is provided for by the relevant agreement on pension provision between the EAEU countries (Russia, Belarus, Kazakhstan, Armenia and Kyrgyzstan), which is being prepared for signing in the near future. 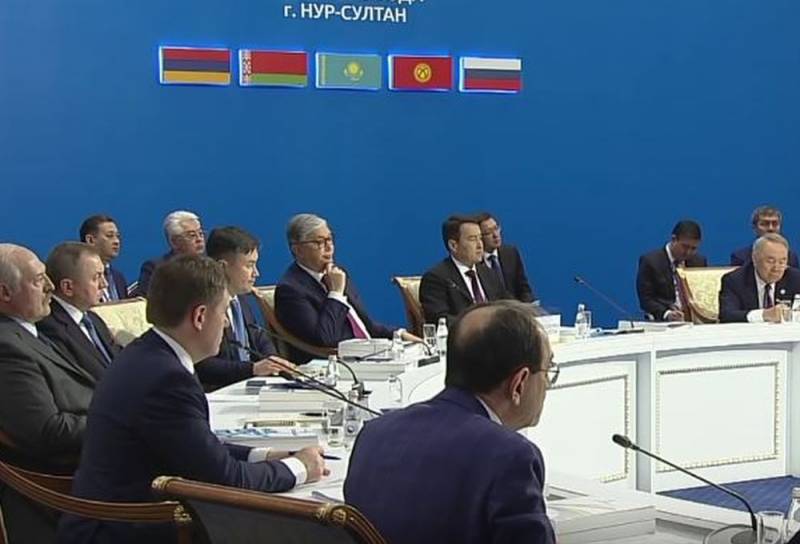 It should be noted that at present, labor migrants, while working in Russia, make contributions to the Pension Fund of Russia (PFR). However, they do not receive Russian pensions. In turn, the prepared agreement provides for the payment of such pensions after the return of a labor migrant to his country.

The draft of the mentioned agreement was posted on the official website of the Eurasian economic Commission (ECE) back in March 2019. In May 2019, the Ministry of Labor of Russia sent a package of documents for consideration by the Expert Council under the Government of Russia, with the wording to agree "as soon as possible."

By the way, a copy of this letter is available from the news agency RBC. At the same time, they clarified from the Ministry of Labor that the agreement will enter into force from the date of receipt of the last written notice on the implementation by all member countries of internal state procedures.

It is planned that the agreement will be signed in the autumn and ratified by all EAEU member states by the end of the year.
- reported in the press service of the Ministry of Labor.

It should be recalled that in the vast expanses of the former USSR, the 1992 Agreement on Guarantees of the Rights of Citizens of the CIS Member States in the Field of Pensions is in force. According to this document, pensions are granted and paid by the state of permanent residence of a person regardless of his citizenship.

This makes it an almost impossible task to realize the pension rights of workers in full, which they have formed over the years of work in the territories of several Member States.
- said in an explanatory note to the draft agreement.


They want to consolidate the principle in the new pension system - the pension must follow the pensioner. Work experience in different states will be summarized. Consequently, when a pensioner moves to another state, his pension will be “exported”. For example, if a citizen of Kazakhstan received the right to an old-age insurance pension in Russia, then upon returning to his homeland, Russia will pay him a pension. In turn, if a Russian citizen received the right to an old-age pension, and then moved to live in Kazakhstan, Russia will also pay him a pension. However, this does not apply to relations between Russia and Belarus in the pension sector, there is an agreement on the export of pensions since 2006.
Ctrl Enter
Noticed oshЫbku Highlight text and press. Ctrl + Enter
We are
Ministry of Labor is going to pay Russians for stress
The Pension Fund has calculated the costs of raising pensions
Reporterin Yandex News
Read Reporterin Google News
Ad
The publication is looking for authors in the news and analytical departments. Requirements for applicants: literacy, responsibility, efficiency, inexhaustible creative energy, experience in copywriting or journalism, the ability to quickly analyze text and check facts, write concisely and interestingly on political and economic topics. The work is paid. Contact: [email protected]
5 comments
Information
Dear reader, to leave comments on the publication, you must to register.
I have an account? Sign in