5 2019 June
3
Experts of the Russian LLC Minchenko Consulting (Moscow) presented to a narrow group of the public their study on contemporary Russian political the elite. They called the next report fashionably and with a certain taste “Politburo 2.0 and the anti-establishment wave”. The term "political bureau" refers to and refers to the environment of Russian President Vladimir Putin, which is considered the most influential albeit informal political institution. 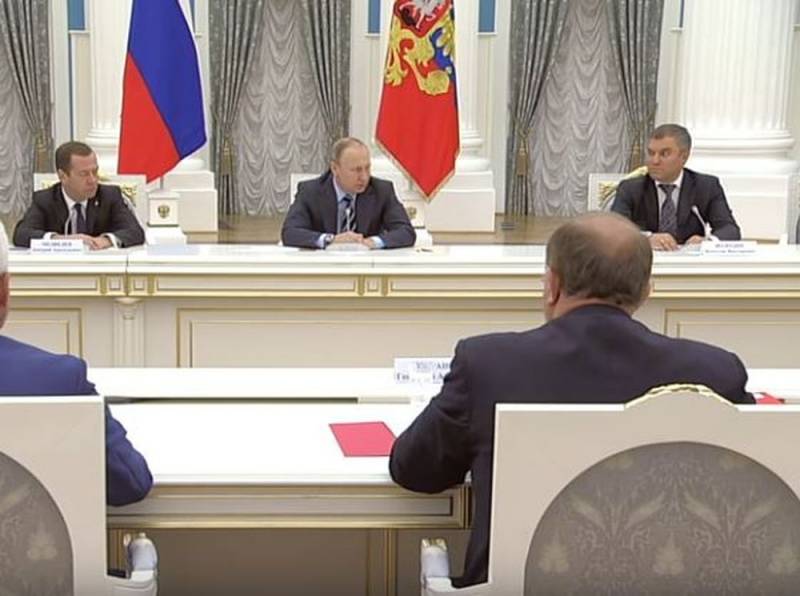 It is specified that the report itself is at the disposal of the news agency RBC. So you have to believe solely on the word.

It should be noted that the main activity of the Minchenko Consulting Limited Liability Company (OGRN No. 5077746936526 dated June 15, 2007), with an authorized capital of as much as 10 thousand rubles, actually indicates “research and development in the field of public and humanities. ” Manages this LLC, with six employees, Evgeny Nikolaevich Minchenko. In addition, this individual entrepreneur (IE) manages the NP International Institute for Political Expertise (Moscow, PSRN No. 1047796354374 dated May 20, 2004, with an authorized capital of 10 thousand rubles). So when the media writes about “hundreds of experts” this cannot but raise questions.

For example, the authors of the report wrote that everything became known due to the fact that "the expert panel consists of more than a hundred experts." Having quoted only a few people.

The report itself talks about the rotation in Politburo 2.0, which supposedly happened over the past few years. It is reported that the position of Secretary of the Security Council Nikolai Patrushev has noticeably strengthened. According to the authors, Patrushev has become a key negotiator in the American direction, since a halo of toxicity around any informal contacts with representatives of the US elite enhances the diplomatic role of special services. And a further deterioration in relations with the West is pushing for a mobilization scenario.

It is also said that the founder of Volga Group Gennady Timchenko returned to Putin’s inner circle (he was allegedly expelled from the Politburo in 2016 due to a “decrease in activity”). The experts say that Timchenko’s key megaproject is the development of the infrastructure of the Northern Sea Route (NSR). Moreover, it is specified that Timchenko’s position was strengthened due to a successful alliance with the owner of Novatek Leonid Mikhelson and the Kovalchuk brothers. The latter, allegedly assigned new energy, the Arctic and scientific and educational policies, and this was influenced, according to experts, by the appointment of the acting head of St. Petersburg, Alexander Beglov.

It is also reported that the position of Rosneft’s chief executive officer Igor Sechin has strengthened as an informal energy curator with influence over security agencies. The authors directly point out that in hardware conflicts, Sechin can be restrained only when creating a coalition of several members or candidates for membership in the "political bureau".

The report also speaks about a significant strengthening of Arkady Rotenberg, after the successful completion of the construction of the Crimean bridge. He is the preferred contractor for large infrastructure projects with influence in the Ministry of Transport and Russian Railways.

It is noted that the head of Rostec, Sergei Chemezov, and Defense Minister Sergei Shoigu are still in charge of the defense and defense industries. At the same time, the role of the army is growing in conditions of “degradation of diplomatic instruments”. Shoigu is called the informal curator of a number of regions, and Rostec is associated with expansion into new sectors economics.

Moscow Mayor Sergei Sobyanin is also not forgotten. According to the report, he is responsible for the development of the largest metropolitan area and oversees a pool of regions.

Among the members of Politburo 2.0 who retained their positions, the head of the Russian government, Dmitry Medvedev, is also mentioned, although it is specified that this is an “unobvious position”.

According to Minchenko Consulting, the speaker of the State Duma of Russia Vyacheslav Volodin, who became a candidate for the Politburo 2.0, dropped out of the president’s closest circle. According to the authors, Volodin allegedly reduced his influence on political parties and ONF and suffered losses in his regional network.

Who pays for such studies is not specified.
Ctrl Enter
Noticed oshЫbku Highlight text and press. Ctrl + Enter
We are
In which regions of Russia in 2019 salaries will grow faster
The oligarchs promised the government 2 trillion investments
Reporterin Yandex News
Read Reporterin Google News
Ad
The publication is looking for authors in the news and analytical departments. Requirements for applicants: literacy, responsibility, efficiency, inexhaustible creative energy, experience in copywriting or journalism, the ability to quickly analyze text and check facts, write concisely and interestingly on political and economic topics. The work is paid. Contact: [email protected]
3 comments
Information
Dear reader, to leave comments on the publication, you must to register.
I have an account? Sign in