The Supreme Court of Ukraine supported the subsidiaries of Russian banks

31 May 2019
0
Ukrainian media reported that the Supreme Court of Ukraine (AFU) refused to seize property of Ukrainian “daughters” of Russian banks, rejecting the complaint of a private executor. The AFU upheld the decision (order) of the Court of Appeal of Kiev, which, at the request of Sberbank, VTB and Prominvestbank, lifted the arrest of their movable and immovable property. Relevant rulings have already been posted in the Unified Register of Court Decisions. 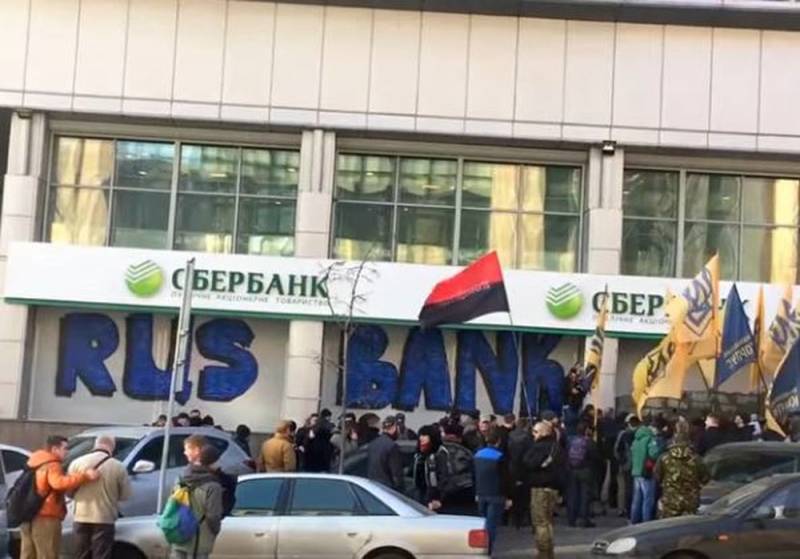 It should be noted that the property was previously arrested as part of the enforcement of the decision of the Arbitration Court in The Hague in favor of the companies of the Ukrainian oligarch Igor Kolomoysky. A businessman and former owner of Privatbank wants to recover $ 130,5 million from the Russian Federation, represented by the Ministry of Justice of Russia, as compensation for real estate “expropriated” in Crimea. However, the Kiev Court of Appeal, before that, declared the opening of the enforcement proceedings by private performer Yekaterina Karashchuk illegal.

It must be recalled that on September 18, 2018, the Armed Forces of Ukraine refused to satisfy the application of the Ukrainian “daughters” of Russian banks in this regard. Then, on September 5, 2018, the Kiev Court of Appeal seized the shares and real estate of the subsidiaries. Banks were even prohibited from reorganizing or liquidating.

And before that, in the spring of 2018, the Arbitration Court in The Hague, having considered the lawsuit of Kolomoisky companies, made a decision in his favor. In turn, the APU, in January 2019, upheld the decisions of the Arbitration Court in The Hague and allowed the seizure of Russian property in Ukraine to seek compensation, but indicated that this does not apply to the property of other foreign or legal entities registered in Ukraine and individuals.
Ctrl Enter
Noticed oshЫbku Highlight text and press. Ctrl + Enter
We are
The court ordered Russia to pay Ukrnaft $ 44 million for assets in the Crimea
Kolomoisky is trying to capture the "daughter" of VTB in Ukraine
Reporterin Yandex News
Read Reporterin Google News
Ad
We are open to cooperation with authors in the news and analytical departments. A prerequisite is the ability to quickly analyze the text and check the facts, to write concisely and interestingly on political and economic topics. We offer flexible working hours and regular payments. Please send your responses with examples of work to [email protected]
Information
Dear reader, to leave comments on the publication, you must sign in.