Russia is preparing to test the hydrogen aircraft

April 10 2018
0
The Baranov Central Institute of Aviation Motor Engineering announced the flight tests of a hydrogen-fuel aircraft planned for 2019, developed by Russian engineers on the basis of the Sigma-4 aircraft, scheduled for 700. As a fuel cell, this lightweight two-seater aircraft uses composite cylinders in which hydrogen is contained under a pressure of XNUMX atmospheres, however, the plans are to develop liquid hydrogen elements. 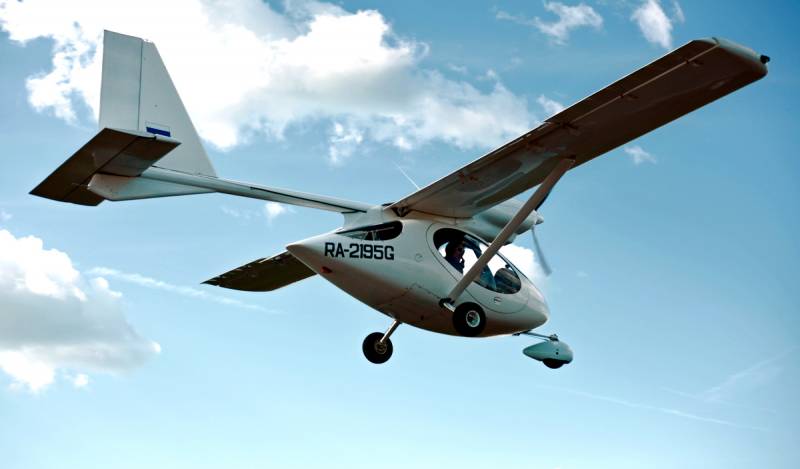 The combustion product of hydrogen fuel is water, which negates any potential environmental damage. The aircraft based on the Sigma-4 will be equipped with an 80 kW liquid-cooled electric motor. In addition to the solid polymer hydrogen fuel cell, its power will be provided by lithium batteries, the purpose of which is to compensate for the lack of power at such energy-intensive stages of flight as, for example, take-off. The power of the hydrogen element itself is 20 kW. He will take charge of the electric motor throughout the flight, as well as to recharge the batteries.

The development of the new aircraft is led by designer Sergei Ignatyev from the Sigma-Avia design bureau, whose development also includes the Sigma-4 aircraft taken as the basis.
Ctrl Enter
Noticed oshЫbku Highlight text and press. Ctrl + Enter
We are
MS-21 airliner: there are risks, there is no plane
Russia confidently goes to hypersound
Reporterin Yandex News
Read Reporterin Google News
Ad
We are open to cooperation with authors in the news and analytical departments. A prerequisite is the ability to quickly analyze the text and check the facts, to write concisely and interestingly on political and economic topics. We offer flexible working hours and regular payments. Please send your responses with examples of work to [email protected]
Information
Dear reader, to leave comments on the publication, you must sign in.