"Explosive" Dragon and Belated Boeing: who will be the first to replace the "Union"

29 May 2019
8
Now Soyuz is the only manned Russian spacecraft. And the only means of delivering crews aboard the International Space Station. At the same time, it is impossible to say that the Soyuz is an ideal spaceship, which is connected, inter alia, with cramped conditions for the crew. To say that it is very cheap - too. The cost of space travel is generally stubbornly rising. 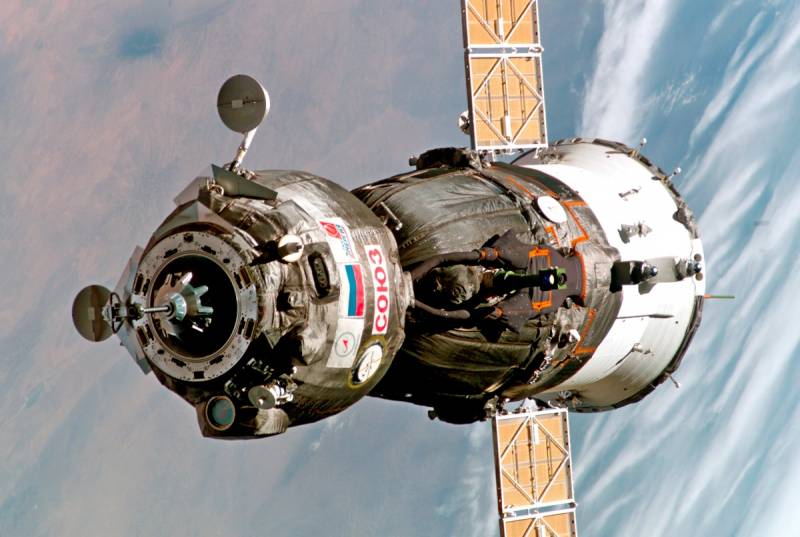 Over the past ten years, flights to orbit on Soyuz spacecraft have quadrupled for American astronauts - from $ 21,8 million per person to almost 82 million. But the choice is not great, to say the least. The American Space Shuttle completed its last flight in 2011, while Europe did not have and does not have its own manned spacecraft.

The story of the American shuttle is generally indicative: what was created as a “cheap reusable ship” turned out to be expensive, excessively powerful and, in fact, almost unnecessary for solving current tasks, such as delivering a couple of astronauts aboard the ISS. Or return them back to Earth.

At the same time, it is naive to believe that the Soyuz will be exploited in the 20s with such frequency as it is now. The ship, created in the 60s, does not fit very well with the realities of our time. But most importantly, he has serious competitors. Let's talk about the advantages and disadvantages of programs for creating promising spacecraft in their current form. 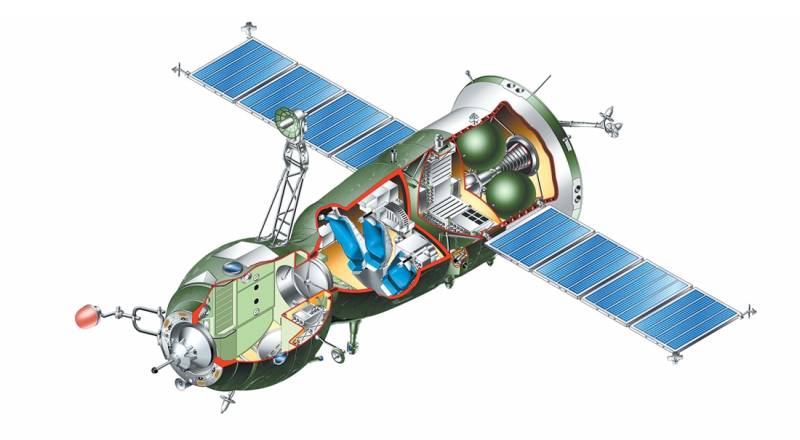 This ship is also known as Dragon or Dragon V2. The name conveys the essence well: we have before us a manned version of the long-launched SpaceX cargo Dragon. Successfully flying to the ISS and being the only cargo spacecraft of our time capable of delivering cargo from the ISS back to Earth.

Benefits. The main advantage of Dragon V2 is higher capabilities than Soyuz’s. After all, the Dragon will be able to take on board up to seven people, instead of three (whether this is required under the current realities of station maintenance is another matter). In any case, the Crew Dragon is a much more spacious device, which is also important. And for its launch into orbit, we intend to use the proven Falcon 9, which we have successfully adopted. Do not forget about the partial reusability, which will make it possible to reuse the capsule for astronaut flights. In theory, this will be another success for SpaceX, which makes a special bet on reusable use of its components. Another undoubted success: Crew Dragon has already flown on the ISS and quite successfully. True, the first flight was performed without a crew. 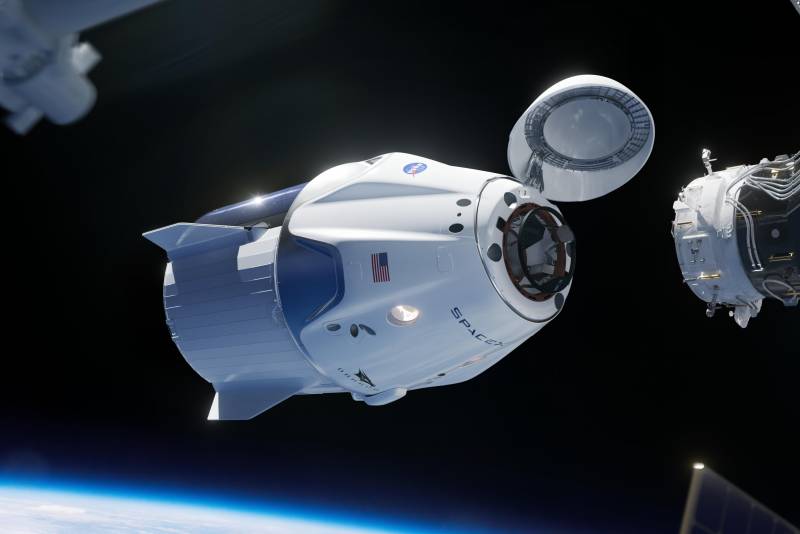 Disadvantages. Obvious "dampness", characteristic, however, of all new spaceships. This forces a shift in the timing of the tests. Recall that the first manned flight as part of the SpaceX DM-2 mission on Crew Dragon should take place no earlier than the end of this year. They wanted to fulfill it in July, but the accident confused the plans. On April 21, 2019, tests of the engine of the Crew Dragon spacecraft ended with a powerful explosion and the complete destruction of Dragon V2, which for some reason in SpaceX itself was persistently called an “anomaly”.


The reason, as it turned out later, was the SuperDraco engine start system, which is needed for emergency rescue and guided landing. In practice, this means that for about a year, the Union MS will still be needed by the United States, like air. After all, so far the “second” Dragon is the only real alternative to the near future.

Benefits. In general, they are similar to those in the case of Dragon V2: the devices are pretty close, purely conceptual. Ideally, the CST-100 should become an economical partially reusable spacecraft that can deliver up to seven crew members aboard the ISS. Space and comfort should invariably distinguish the ship against the background of vehicles of the past years. As a carrier, they see the Vulcan rocket, which will use a “fashionable” methane engine, namely the BE-4. 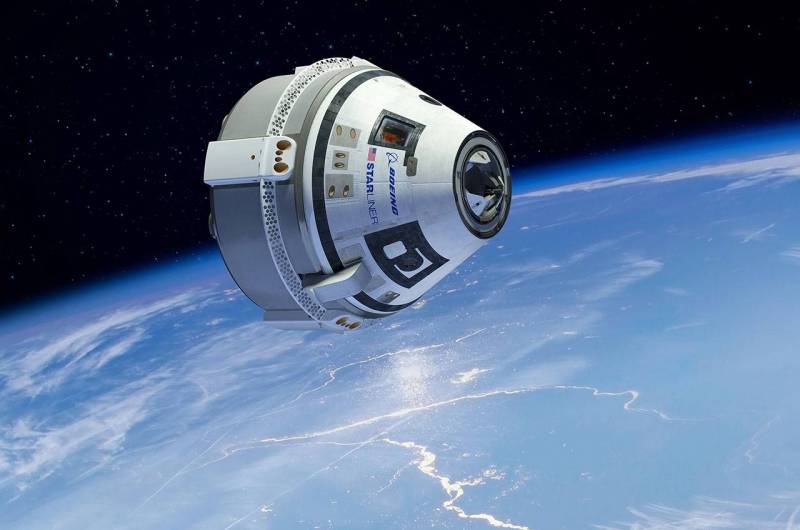 Disadvantages. Partially stem from the pros. There are no Vulcan rockets yet, nor is there a methane engine, although both components of the system are being actively developed. In general, there is a significant lag behind SpaceX. If Crew Dragon has one flight to the ISS, then the CST-100 has yet to complete it. And only then it will be possible to count on the first flight with the crew. Not so long ago, Boeing announced the next transfer: now it should not take place in the spring, but in August 2019. The launch with the crew - not earlier than November of this year, but most likely this will happen no earlier than 2020. However, a “miracle” can happen and, in theory, Boeing can overtake the “Dragon” in the competition: the explosion of the Crew Dragon capsule mentioned above added fuel to the fire. By the way, everything is far from cloudless at Boeing, in 2018, there were data on problems during a test burn of four engines of the emergency rescue system, which resulted in a leak of hydrazine and another postponement of the test dates.

In short, the creators of the CST-100 and Crew Dragon so far have every reason to believe in success, and the difficulties they encountered can hardly significantly postpone the dates of the first starts. Of course, after the commissioning of new ships, Russia will not abandon the Soyuz MS overnight, but uncomfortable questions will arise before the department of Dmitry Rogozin. Indeed, in case of success of overseas partners, Soyuz will remain an instrument specifically Russian, that is, designed to deliver individual crews to the station. In practice, this means that two / three crew members will go down in history: if Russia will put someone into orbit, it will probably be one astronaut. Just no longer needed. Of course, no one will support the manned astronautics in this form for long: this is pointless.

The prospects of the new Russian spacecraft Federation, which they intend to launch for the first time in an unmanned version around the mid-2020s, look even more ambiguous: exactly by the time they can refuse the ISS at all. That is, why it is needed - so far it is not entirely clear. De facto, the Federation is not so much a new ship, but a reserve for the future and an opportunity to occupy space industry specialists with something, and for officials it is also an opportunity to make money on it.


If the Federation is needed, it is only for lunar projects, in particular for the delivery of goods and crews to the Lunar Orbital Platform-Gateway. This is a new conditionally international station, the main role in the creation of which will be played by the States. Unlike the ISS, it will be located in the orbit of the moon.

By the way, the United States intends to solve the “complex” lunar missions with the help of another promising ship, the Orion. He is not considered a competitor to the Soyuz and will not be used for flight to the ISS. Orion’s first manned launch is expected to be completed around the mid-2020s. In principle, at the same time as the Federation. But something tells us that the American project will develop more dynamically, which, among other things, is connected with Donald Trump's almost "fantastic" desire to return American astronauts to the moon.
Ctrl Enter
Noticed oshЫbku Highlight text and press. Ctrl + Enter
We are
"Buran", which could: was there a chance for Russia?
The end of the "Union": the Americans did not leave Russia a chance
Reporterin Yandex News
Read Reporterin Google News
8 comments
Information
Dear reader, to leave comments on the publication, you must sign in.