Ministry of Industry and Trade: No plans to reduce production of SSJ 100 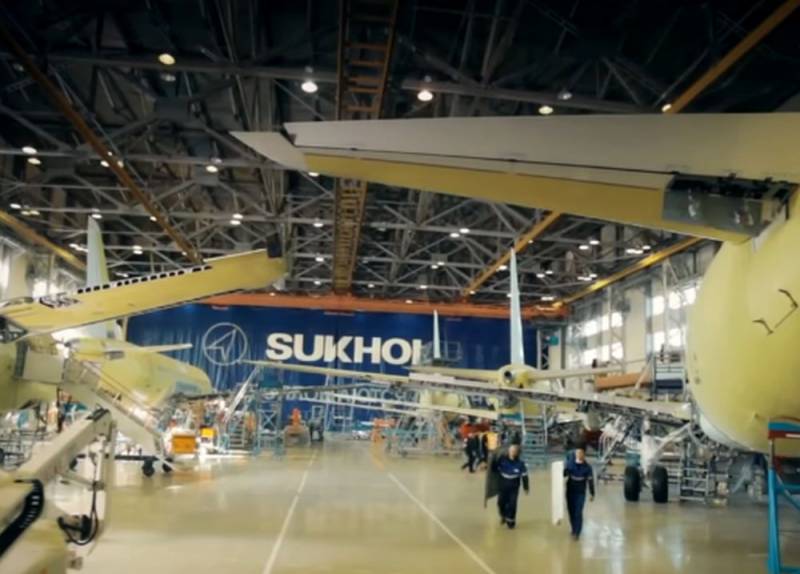 Why should we cut production? Did someone refuse to buy aircraft from us? No production cuts planned
- said Manturov.

As for the suspension of flights, we (the Ministry of Industry and Trade - ed.) Do not make such a decision
- added Manturov.

In turn, the head of the Ministry of Transport of Russia (Ministry of Transport) Yevgeny Dietrich said that after the crash of the SSJ 100, which occurred on May 5, 2019 at the Sheremetyevo airport, the number of cancellations and delayed departures of such aircraft did not change.

The situation has not changed, delays and cancellations have occurred before. Colleagues, you just wrote less about them. I can’t say that now in this sense the situation has changed dramatically
- the minister explained to reporters.

We remind you that on May 5, 2019, the Aeroflot SSJ 100 airliner suffered crash during an emergency landing. On board were 78 people: 5 crew members and 73 passengers. As a result of the ignition of the aircraft, 41 people died: 40 passengers and 1 crew member. In total, 139 SSJ 100 are currently in operation: 106 - in Russia and 33 - abroad.
Ctrl Enter
Noticed oshЫbku Highlight text and press. Ctrl + Enter
We are
After an emergency at Sheremetyevo in Russia, mass cancellations of SSJ-100 flights began
Europe abandoned the operation of the Sukhoi Superjet
Reporterin Yandex News
Read Reporterin Google News
Ad
We are open to cooperation with authors in the news and analytical departments. A prerequisite is the ability to quickly analyze the text and check the facts, to write concisely and interestingly on political and economic topics. We offer flexible working hours and regular payments. Please send your responses with examples of work to [email protected]
1 comment
Information
Dear reader, to leave comments on the publication, you must sign in.