Groysman: These are mirror measures - embargoes and special duties on Russian goods

15 May 2019
1
Recently we Reportedas the "best prime minister of all time" Volodymyr Groysman gathered for the elections to the Verkhovna Rada of Ukraine in order to preserve the "routine". Then he expanded sanctions against Russia, but Moscow promptly reacted on this. 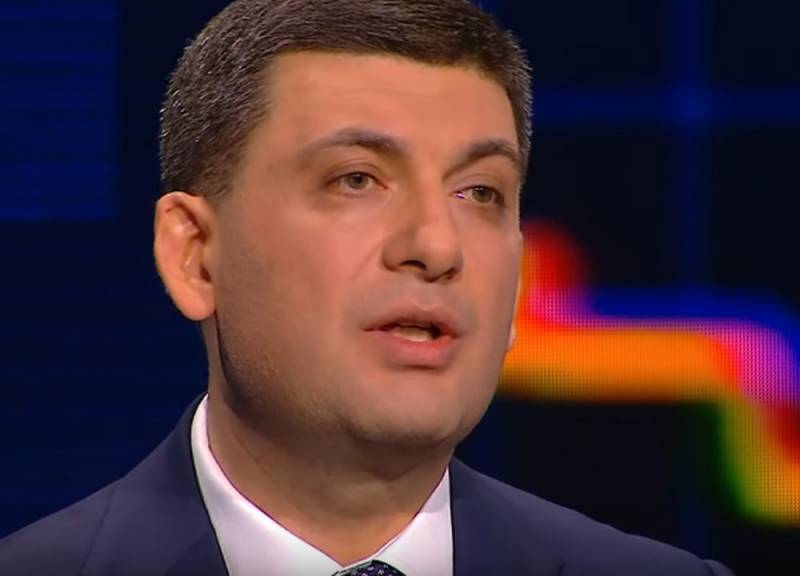 But Groisman's "patriotism" requires continuation, because very soon he will not be able to PR at such a high level. Therefore, his government has already prepared the next package of sanctions against Russia. It provides for a ban on the supply of certain groups of Russian goods and the introduction of special duties on Russian products.

Groysman assured that the sanctions apply to Russian goods, analogues of which are produced in Ukraine or can be replaced with alternative supplies. However, he did not go into details what exactly he means by “alternative deliveries”. However, it is easy to guess that the "alternative" will be more expensive for the Ukrainian "Indians", but the local "sheriff" is of little concern.

It should be noted that the First Deputy Prime Minister of Ukraine (Minister of Economic Development) Stepan Kubiv said that the sanctions will affect industrial goods, mineral fertilizers, agricultural products, vehicles, plywood and other products. In addition, from August 1, 2019, Ukraine introduces an additional tax on goods of Russian origin.

From August 1, 2019, by a draft resolution, we establish a special tax on the import of goods from Russia as a percentage of the customs value, regardless of other taxes
- he said.

It is not difficult to guess what kind of “patriotism” of its leaders will lead Ukraine. This country is already one of the poorest in Europe and is not far off the day when it becomes the absolute leader in this matter. For example, recently we Reportedhow "patriotic" the railway communication between Ukraine and Russia is being destroyed (from the Ukrainian side).
Ctrl Enter
Noticed oshЫbku Highlight text and press. Ctrl + Enter
We are
Groysman goes to the polls: Kiev has expanded sanctions against Moscow
In Ukraine, they started talking about lifting sanctions against Russia
Reporterin Yandex News
Read Reporterin Google News
Ad
We are open to cooperation with authors in the news and analytical departments. A prerequisite is the ability to quickly analyze the text and check the facts, to write concisely and interestingly on political and economic topics. We offer flexible working hours and regular payments. Please send your responses with examples of work to [email protected]
1 comment
Information
Dear reader, to leave comments on the publication, you must sign in.