Argentina or Antarctica: where could Adolf Hitler really take refuge?

12 May 2019
9
The next anniversary of the Great Victory gave rise to new speculations about the possible fate of the main criminal of all time, Adolf Hitler. Recently, the FBI of the United States of America revealed that, according to them, the head of the Third Reich could secretly escape and hide in Argentina, which many Nazis did after the defeat. According to another, more "twisted" version, which is famous for one Russian television channel, Hitler took refuge in a secret base in Antarctica, where German "UFOs" guarded his peace. 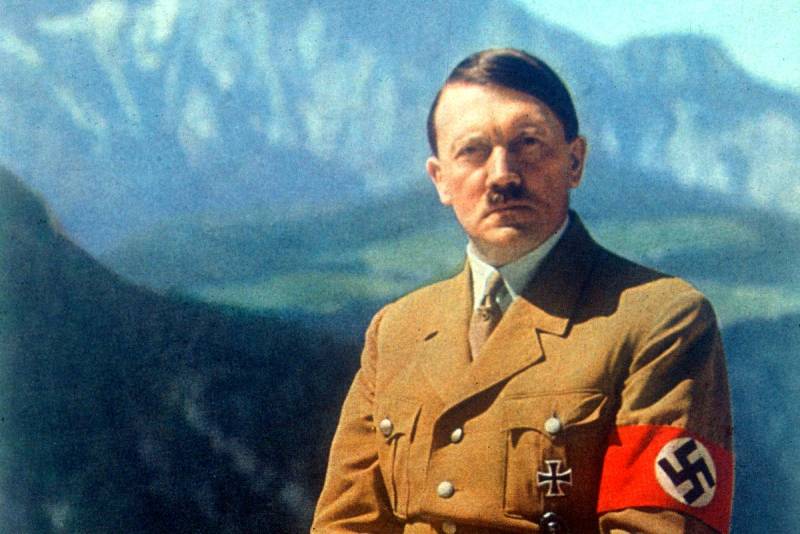 The video posted on the popular video hosting by one American user specializing in conspiracy theories refreshed the latest topic. On the maps of the Google-Earth service, he saw in the ice an object of "silver color", "clearly created by artificial means", in shape it reminded him of either a ship or a submarine. The “discoverer” hinted very meaningfully that it might be a “Hitler’s submarine,” but it prudently made a reservation that he “didn’t know for sure”. The author of the video got his millions of views on the “hype” topic, but is it worth discussing this topic seriously and sending an expedition to make sure that it actually lies beneath the ice?

The facts are as follows. In 1939, a German expedition led by Alfred Richer on the Swabian ship aerial photography of Antarctica, and also dropped pennants with a swastika on it, “staking out” the new possessions of the Third Reich. The land was called the New Swabia. Several sailors with pathos were photographed against the background of the German flag. And that was it. The next expedition did not take place due to the outbreak of World War II.

After its completion in 1947, the American expedition of Richard Byrd was sent to the southern continent, about which it is known that several sailors died in its course, and seaplanes were lost. There is a rather funny version of the fact that they fell victim to the "flying saucers" under the control of Nazi criminals hiding in the ice. So the legend of Baz-211, or New Berlin, an underground city built by Hitler in Antarctica, where he could take refuge in the event of a defeat with the top of the Third Reich, arose.

The following arguments are in favor of this fantasy. Allegedly in his diary, Admiral Karl Doenitz wrote:

My submariners discovered a real earthly paradise. The German submarine fleet is proud to have created an impregnable fortress for the Fuhrer on the other side of the world.

The Germans also built eight large cargo submarines. And supposedly about a hundred disappeared from their submarine fleet, which the conspiracy theorists gave the name "Hitler's convoy." Together with the fact that the crews of several submarines left for Argentina in 1945 and surrendered to the grace of the authorities, all this led some researchers to conclude that the Führer clearly hid in Antarctica. But does this theory stand the test of facts and common sense?

At first, a hundred German submarines have not disappeared without a trace, their fate, as a rule, is documented and well known. Cargo submarines were indeed built, but not in order to secretly build a secret base in the ice, but to refuel their submarines fighting in the Atlantic, which is why they were called "cash cows."

Secondly, Germans are known for their thoroughness and pedantry in everything. The winners did not find any documents on the base in Antarctica, although they are on the Nord base in the other hemisphere.

Thirdly, the idea of ​​a secret fortress in itself does not hold water. The actual construction of a huge underground city would be impossible to conceal. Information about him would eventually become the property of the intelligence of the Allies in the anti-Hitler coalition. Try Adolf Hitler to hide in such a fortress, they would get him there, and no UFOs would help him.

You could hide only by changing your personality and hiding somewhere on the periphery, in South America. What, in fact, the Nazi criminals did, taking refuge in Argentina, where there was a large German diaspora. If Hitler really escaped, then looking for his tracks would not be worth it in the ice, but on a quiet Argentine ranch, where he would live out his life under a different name, shaving his mustache.

In Antarctica, the maximum that the Germans could really place there is a storage point for fuel and torpedoes for their submarines. And that distance to the main convoy routes was very close. As for the losses during the Byrd expedition in 1947, they were associated primarily with the difficult climatic conditions of the ice continent.
Ctrl Enter
Noticed oshЫbku Highlight text and press. Ctrl + Enter
We are
Where is Russia going?
How Hitler hid under the ice of Antarctica
Reporterin Yandex News
Read Reporterin Google News
Ad
We are open to cooperation with authors in the news and analytical departments. A prerequisite is the ability to quickly analyze the text and check the facts, to write concisely and interestingly on political and economic topics. We offer flexible working hours and regular payments. Please send your responses with examples of work to [email protected]
9 comments
Information
Dear reader, to leave comments on the publication, you must sign in.