Battle for space: can Russia create its analogue to the ISS

April 27 2019
2
Let's talk about whether it is possible to create an orbital station by the forces of Roscosmos alone, without the participation of the United States, China and other players. 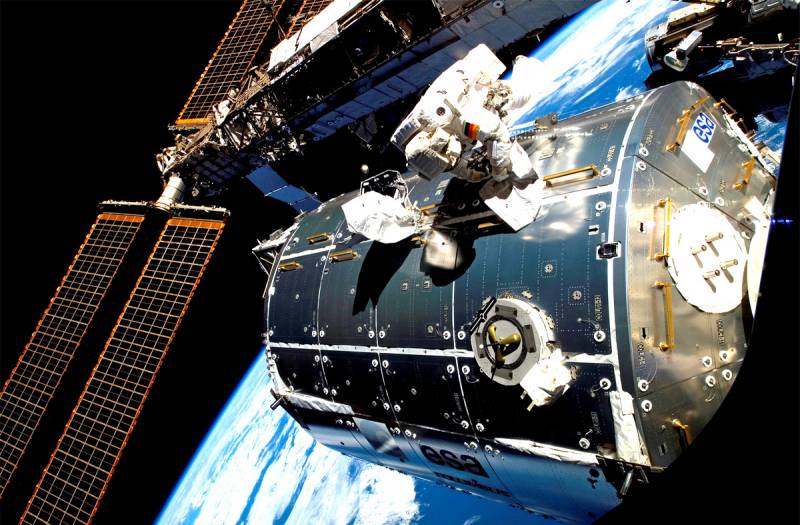 Already not ahead of the planet

The Soviet Mir and the international ISS are the result of an incredibly long and very difficult road. The Soviet Union was the first to enter it, launching in April 1971 the first manned orbital station (OS) in history - Salyut-1. The Americans will launch their first and only station, Skylab, later. This will happen only in 1973. However, this somewhat belated achievement fades against the backdrop of the creation of the World, which became the first inhabited multi-module station in the history of civilization. That is, roughly speaking, “real”, and not just representing a spaceship put into orbit and left there.

An even greater achievement was the international ISS, which is several times larger than the World. It could not do without Russia either: the country played an important role in the construction of the station: fortunately, it inherited from the USSR a powerful heavy-class Proton missile, which was very useful in this difficult task. Incidentally, cheap Soyuz rockets also came in handy. Together with the spaceships of the same name. However, this is a separate topic for discussion.

Better think about what awaits the station. There is no definite answer, however, according to experts, they will abandon it in the mid-2020s. The price of the program has already exceeded 150 billion: at the same time, neither the United States, nor Russia, nor the European Union see the special scientific sense of “forever” supporting the ISS. In practice, this means that the Russian manned space program will remain out of work. After all, there are simply no alternatives to delivering crews to the station: Russia’s lunar ambitions seem to have finally been ordered to live long. And if the astronaut’s landing on the satellite takes place, then this should be expected no earlier than the mid-2030s. What to do up to this point? 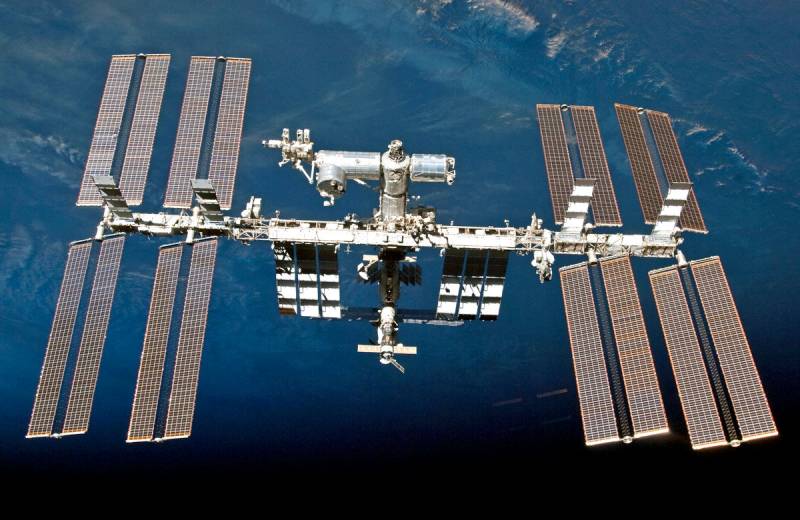 A couple of years ago, officials with enviable persistence talked about the national orbital station, which, if you believe them, can be created on the basis of the ISS modules. I would like to note right away that the station will be significantly inferior to the international station in its dimensions and capabilities, which is logical, since Roscosmos simply does not have 150 billion dollars.

What can be such a station? From open sources it turns out that the modules can be divided into two categories: those that want to use after their application on the ISS and completely new ones.

Modules from the ISS:


Only five. Mention of the national orbital station is in the Federal Space Program 2016-2025. However, its provisions are so blurred (faster, higher, stronger!) That it does not make sense to seriously consider the main points regarding the national OS.

We only note that even if we are talking about modules from the ISS, none of them has yet been launched and docked to the International Space Station. The largest of them is the scientific and energy module. Its volume should be 92 cubic meters, which is more than the Science module (70 cubic meters) and the Berth module (19 cubic meters) combined. However, they want to launch it only in 2022, that is, after the long-suffering Science. 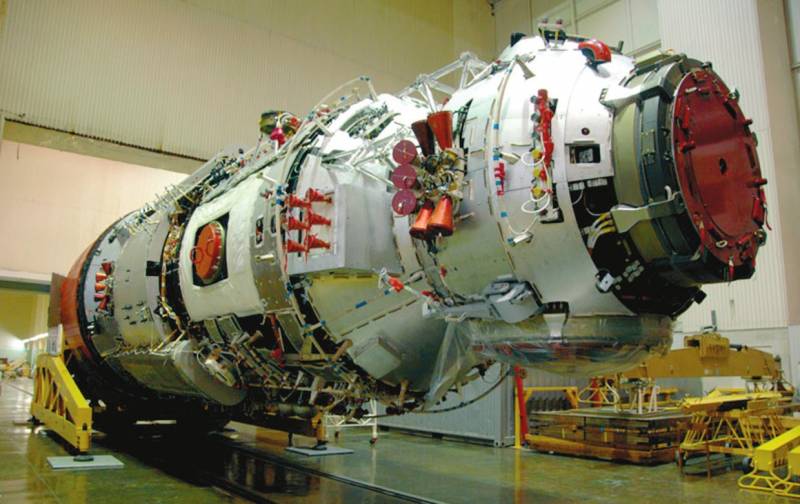 They wanted to launch the latter back in 2007, but then the deadlines were constantly postponed. Now the launch of the Science rocket is scheduled for 2020, but there is no guarantee that this date will not be rescheduled at a later time. The fact is that now almost all experts unanimously reiterate the moral obsolescence of the components and assemblies of the apparatus. And the ISS lifespan, as noted above, is not unlimited. So far, everything speaks in favor of the fact that the module is simply “merged”, and Russia for the first time in its modern history in ten years will not deliver a single module to the station.

However, this will no longer matter in the context of creating a national OS. In March this year, a source in the space industry told RIA News that "Science" will be de facto unsuitable for use within the national station.

Due to the impossibility of cleaning the regular fuel tanks of the Nauka module from contamination, it was decided to replace them with fuel tanks produced by the Lavochkin NPO. However, the new tanks are not designed for repeated use, they are disposable. Thus, the replacement will allow the module to reach and dock to the ISS after launching into a low orbit by the Proton rocket, but the tanks cannot be refueled
- said the source.

It is unlikely that such a decision would have been taken at Roscosmos, seriously planning the creation of a national station, since Nauka should have become, if not the basis for it, then one of the most important modules. Without it, the timing of the creation of the station will certainly be shifted by at least another few years. And even more.

But, again, there is no real reason to believe that the leadership of the space department at least seriously wants to get a national OS. The empty talk of officials, as well as the hope of “miraculous” investments from China, have no real power. The Middle Kingdom made it clear: China will have its own - purely Chinese modular space station. And for its creation there is already almost everything necessary. But partners are not particularly needed. 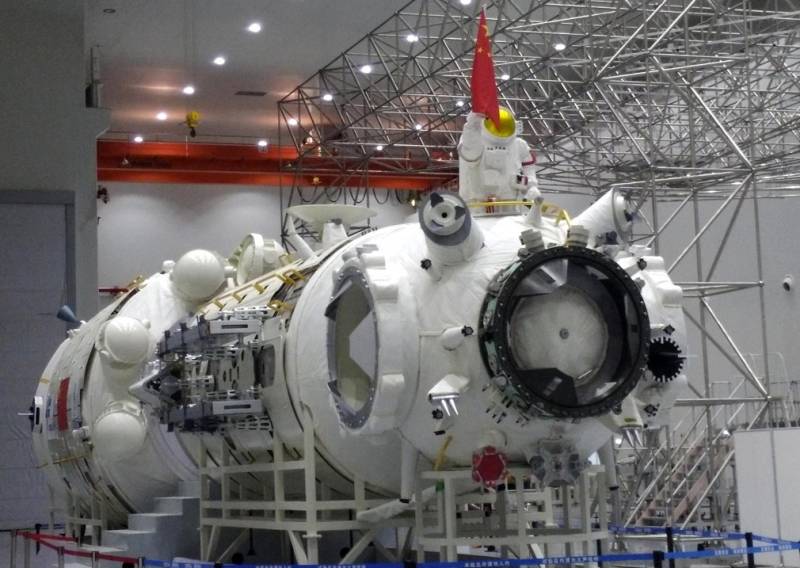 A future without space

The famous journalist Andrei Borisov in his recent article “How Roscosmos destroys the Russian cosmonautics” wrote the following about this:

However, there is no doubt that Roskosmos will solve its financial problems. To do this, you just need to abandon manned astronautics and ambitions to conquer deep space, leaving disposable and uncompetitive Angara missiles designed for rare launches of military satellites.

What does the name of one of Metallica’s songs “Sad But True” sound like. In the current conditions, there is only one development, in which Russia will be able to maintain its manned space program and receive conditionally “its” OS. If we can convince the United States and Europe that Russian specialists are needed to create a new lunar station, Lunar Orbital Platform-Gateway. Formally, nobody closed the doors in front of his nose, but so far the Western countries are not eager to see Roscosmos in the project. The states made this clear when they announced that Russia should switch to Western technical standards, which Dmitry Rogozin’s department is not ready for. How not ready and political the country's leadership to establish good relations with the West (and without this, talk of cooperation is meaningless).

We are still being kept in the project, but with great pleasure we would have got rid
- a source in the rocket and space industry said last year about this. 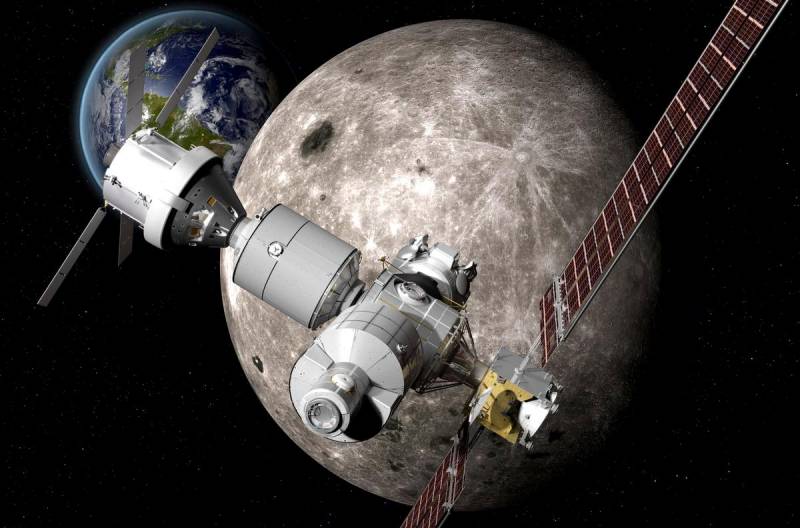 It is also interesting that the Lunar Orbital Platform-Gateway is actively criticized in the States themselves, and Donald Trump is eager to land astronauts on the Moon, sacrificing an international partnership within the lunar station. However, we repeat, Roscosmos simply has no other options. Talk about a national orbital station is untenable: not with technicalneither scientific nor economic side. And cooperation with China, if it will be beneficial for someone, is only for China itself, which is never averse to borrowing other people's technologies.
Ctrl Enter
Noticed oshЫbku Highlight text and press. Ctrl + Enter
We are
The US is trying to bend Russia under itself in a grand project
What will Russia do when the ISS does not
Reporterin Yandex News
Read Reporterin Google News
2 comments
Information
Dear reader, to leave comments on the publication, you must sign in.