A natural fire crept up to the Vostochny spaceport

April 26 2019
2
Uncontrolled natural elements can sometimes pose a threat to the most technological creations of man. 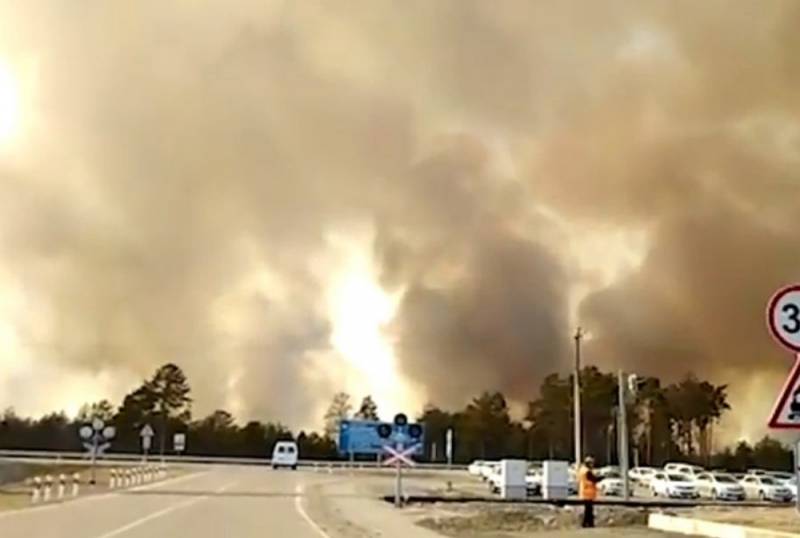 Conflicting messages come from the outskirts of the Amur Region, where a natural fire resulting from a fall of grass began to move toward the Vostochny spaceport.

A number of media reports that the fire propagation band is located several kilometers from the borders of the cosmodrome and that there is a real threat of fire to buildings on the territory of Vostochny.

The message of the Ministry of Emergencies also indicated that the fire zone is 5 hectares and is under the control of emergency personnel.

It should be noted that natural fires are the scourge of the Trans-Baikal Territory and annually cause enormous damage to the most remote region of Russia.

Recall that, according to the interim governor of the Trans-Baikal Territory, Alexander Osipov, the damage from these fires in 2018 amounted to 1 billion rubles.

Given the importance of the cosmodrome as an object of all-Russian significance, there is no doubt that all the forces available in the region will be raised to protect it from fire.
Ctrl Enter
Noticed oshЫbku Highlight text and press. Ctrl + Enter
We are
In a Russian hospital revealed the source of infection of 150 children with hepatitis C
The construction of the first stage of the Vostochny spaceport is nearing completion
Reporterin Yandex News
Read Reporterin Google News
Ad
We are open to cooperation with authors in the news and analytical departments. A prerequisite is the ability to quickly analyze the text and check the facts, to write concisely and interestingly on political and economic topics. We offer flexible working hours and regular payments. Please send your responses with examples of work to [email protected]
2 comments
Information
Dear reader, to leave comments on the publication, you must sign in.