April 22 2019
0
By the morning of April 22, 290 victims of a series of explosions in Sri Lanka were known. Earlier it was said about 262 dead and 500 injured. Police, meanwhile, have already found and arrested the suspects. 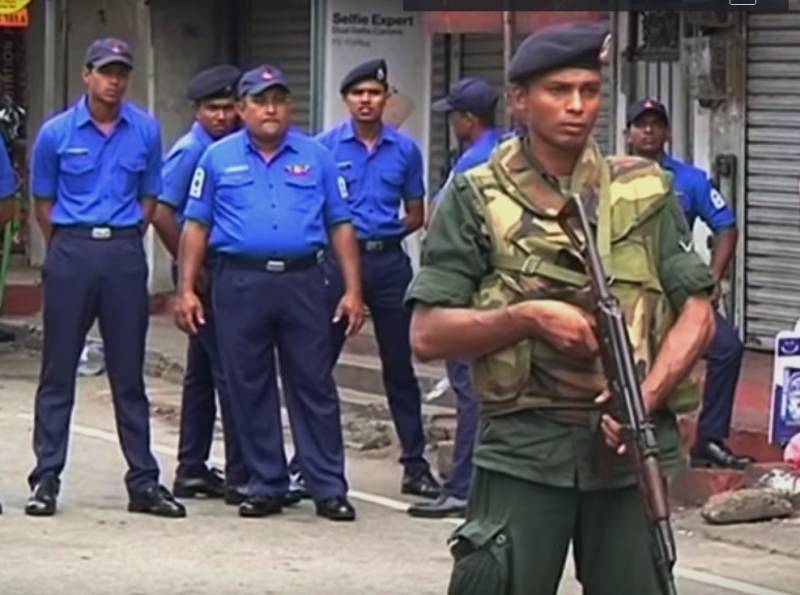 Recall that on Sunday, April 21, a series of eight terrorist acts took place in the island state of Sri Lanka. Powerful explosions thundered in the Catholic churches of the island, popular hotels, and then in one of the residential areas of the country's capital Colombo.

The attacks were organized just on the day of the celebration of Easter by Sri Lankan Catholics. Recall that Christians make up about 10% of the population in Sri Lanka, mainly Catholics. The vast majority of the population of the island are Buddhists, but there are also Hindus and Muslims.

Currently, the special services of Sri Lanka are investigating all the circumstances of the tragedy. It is known that the police arrested 24 people suspected of involvement in the organization and implementation of terrorist acts.

Sri Lankan Defense Minister Dinendra Ruvan said the perpetrators of the terrorist attack have been identified.
It turned out that at least two explosions were carried out by suicide bombers. It has already been established that a man named Mohamed Azzam Mohamed has registered at one of the hotels. Apparently, it was he who then blew himself up.
Ctrl Enter
Noticed oshЫbku Highlight text and press. Ctrl + Enter
We are
The seventh and eighth explosions thundered in Sri Lanka
Six explosions thundered in hotels and churches of Sri Lanka: dozens killed
Reporterin Yandex News
Read Reporterin Google News
Information
Dear reader, to leave comments on the publication, you must sign in.