April 21 2019
5
Ukrainian activist, participant of the Maidan, Yuri Kasyanov published the first data of exit polls in the presidential race. And although the publication of such data before the closure of polling stations is prohibited, we, being not the Ukrainian media, will allow ourselves to do this. 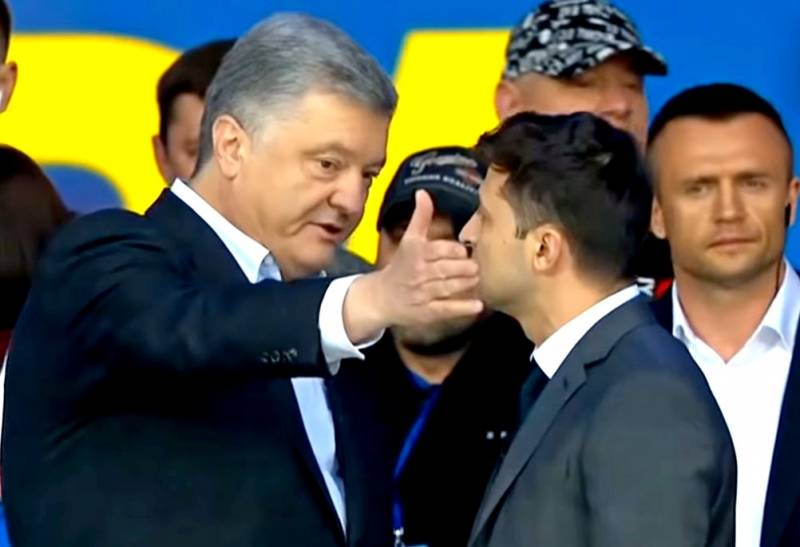 So, according to the first data, Vladimir Zelensky is gaining 75,8% of the vote. The current president loses to the opponent more than three times. Poroshenko receives 24,2% of the vote.

At the same time, Zelensky’s headquarters informs about even higher numbers. According to him, at least 78% of Ukrainian citizens voted for the comedian, while Poroshenko barely reaches 18%.

The candidates themselves voted about an hour ago. At the same time, before visiting the polling station, Peter Alekseevich went to a liturgy at St. Michael's Cathedral in Kiev. And Vladimir Zelensky after the vote read out to the journalists an excerpt from the song of the rap artist Eminem.
Ctrl Enter
Noticed oshЫbku Highlight text and press. Ctrl + Enter
We are
No longer terrorists: Zelensky called the militias "rebels"
Tymoshenko has become a leader in the presidential race in Ukraine
Reporterin Yandex News
Read Reporterin Google News
Ad
We are open to cooperation with authors in the news and analytical departments. A prerequisite is the ability to quickly analyze the text and check the facts, to write concisely and interestingly on political and economic topics. We offer flexible working hours and regular payments. Please send your responses with examples of work to [email protected]
5 comments
Information
Dear reader, to leave comments on the publication, you must sign in.