Again “Angara”: why is Russia another heavy missile?

April 22 2019
4
Recently it became known that Angara-A5 will receive a new version - Angara-A5V. In current realities, this looks ambiguous. 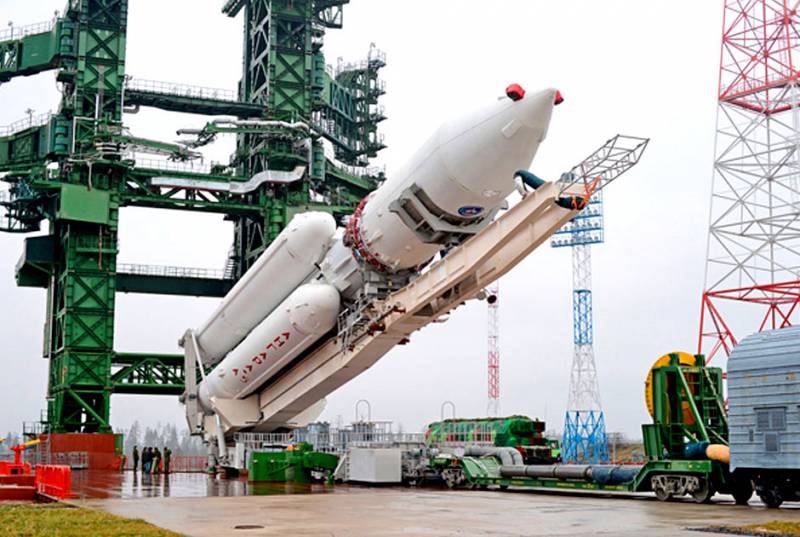 The situation in Roscosmos smoothly flows from comedy to tragedy. And back. This is like an hourglass, the position of which depends on the mood of the head of the space department - Dmitry Rogozin. And when it seems as if all, even the craziest ideas have already been voiced, new ones are born: one is more surprising than the other.

No, nobody will refuse the Angara: this was understandable even after they announced its fantastic launch price, which is about twice as high as that of the Proton-M, which is in the same heavy class, which, in turn, already inferior in terms of cost to the Falcon 9 rocket. There is simply no alternative to the A5 Hangar, even taking into account the fact that behind it there is 1 (one) launch. It is already clear that neither Russia nor Kazakhstan wants to return to Proton. Perhaps the whole point is its unsafe fuel - asymmetric dimethylhydrazine or, in simple terms, heptyl. But rather, the reason lies in the fact that huge funds have already been spent on the Angara, and beginnings from the 90s. And they decided to bring the rocket to a capable state to the detriment of Proton-M, which, in theory, could still compete with SpaceX rockets for a couple of years. Now it's in the past. 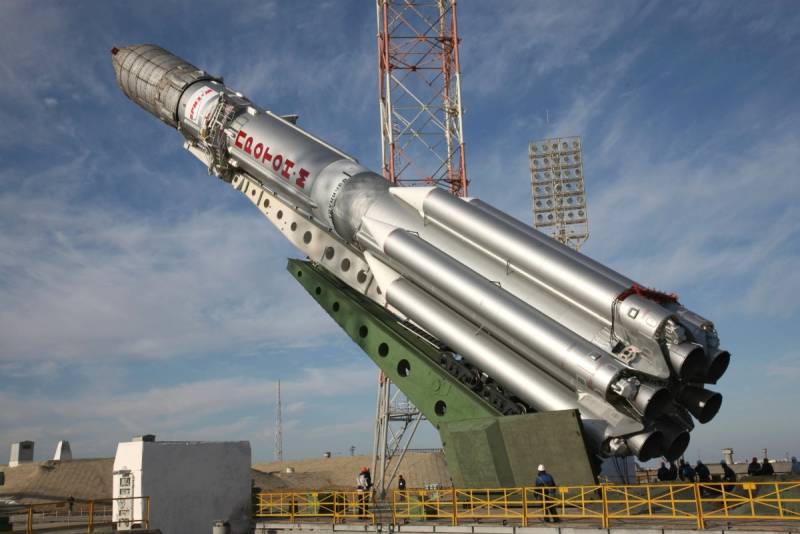 In general, it is not surprising that officials remember the Angara not very often. The topic is uncomfortable. It’s better to talk about the conquest of Mars, the moon, the sending of manned missions to Venus and other programs, the implementation of which we will most likely never see. Earlier in Roscosmos they made it clear that a lightened and cheapened Angara should not be expected. Moreover, it supposedly ... never existed.

Nobody has ever planned the Angara-A3 project. Why didn’t they plan, because there was a Zenit rocket, but since 2014 it has not died. That is why it was decided to create ... "Soyuz-5"
- Dmitry Rogozin declared earlier.

Therefore, it is even strange that now they have again mentioned not the most successful launch vehicle in all senses. 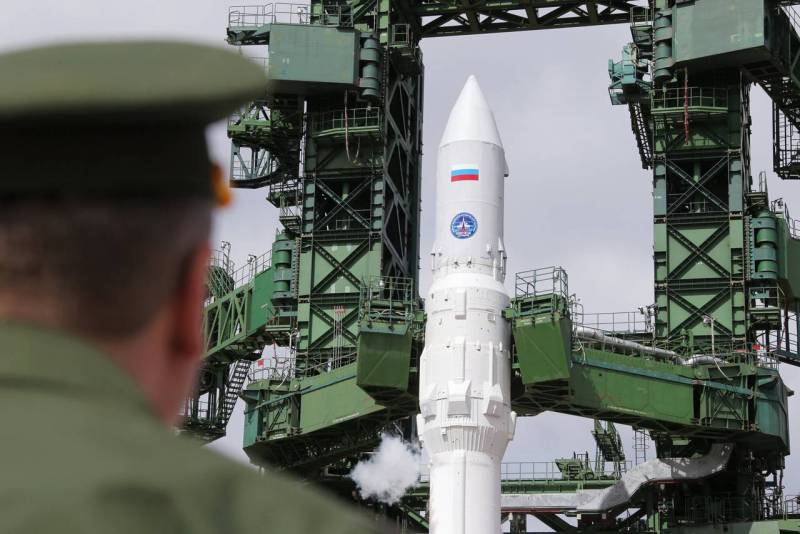 We can assume that we don’t know something, but it’s strange to hear from a specialist of this level the definition of “heavy class”. The fact is that, according to the accepted classification, there are heavy launch vehicles (the mass of cargo brought to a low reference orbit is from 20 to 100 tons) and super-heavy (from 100 tons and more). Still there are ultralight, light and medium carriers. There is no "heavy" class.

What did the head of the space department mean? We know that Angara-A5V will differ from the usual Angara-A5 by the presence of an additional oxygen-hydrogen stage. In this case, the payload brought to a low reference orbit, according to open sources, will be approximately 37,5 tons. That is, the Angara-A5V rocket will not belong to the superheavy class, and even more so, not to the "superheavy" class, but simply to the heavy one. For comparison, Falcon Heavy, can bring up to 63 tons on the DOE (the Americans have a slightly different classification, they have a “Heavy” - it’s super-heavy). And the rocket of the near future - the Space Launch System - this figure will be immodest 130 tons. 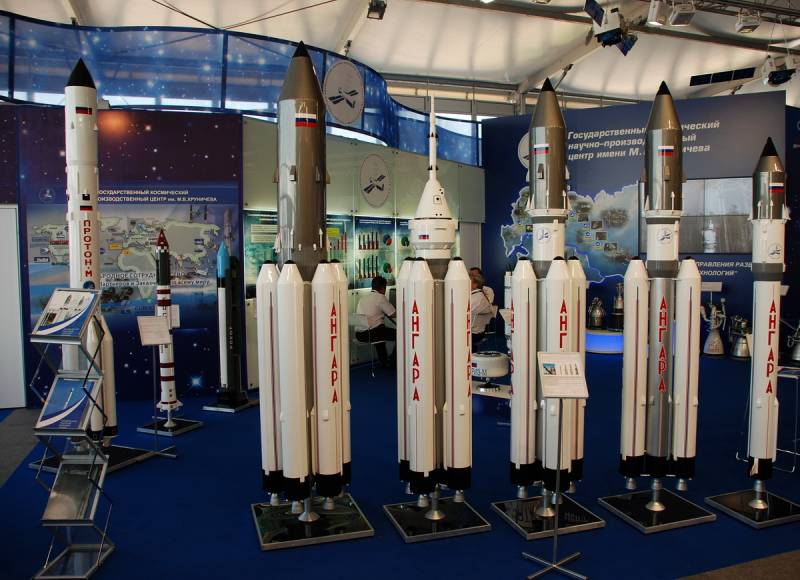 Russia, if everything will be as planned, will also have its own super-heavy carrier. Even two. Earlier it became known about the development of the Yenisei based on the Irtysh rocket, which can be used for lunar expeditions (of course, only theoretically). And then the media announced about working on an even more powerful version of the Yenisei under the name Don. The first carrier will be able to put payloads weighing up to 103 tons into low Earth orbit, and from 20 to 27 tons into the lunar orbit. Don has this figure of 130 and 32 tons, respectively. Such a super-heavy "in a row."

It turns out that there is no practical sense in creating the Angara-A5V. The main Russian rocket, the Soyuz, copes well with its duties, with a mass of loads of up to 9 tons being put into low Earth orbit. For the “Angara-A5” carrier, which belongs to the heavy class and is already in operation, this figure is 24 tons. Two of these missiles (or rather, missiles with such characteristics) will be enough for about 90% of all space launches that Russia makes. And if we are talking about a manned flight to the moon, here, as already mentioned above, we intend to use the Yenisei, although, in fairness, neither now nor in the foreseeable future will Russia simply be able to pull out such a complicated and expensive one for financial reasons program alone.

But even if a flight to the moon (or to the moon) occurs, the mysterious "heavy" A5B can hardly be used somehow. For such missions, its capabilities are insufficient, while for launching commercial satellites or ships to the ISS - are excessive. It turns out that in Roscosmos they want to wishful thinking and promote yet another heavy Angara-A5 under the guise of a carrier of a different class, disguised as a vague wording. However, this is simply beyond a reasonable “misappropriation of funds." With the same success, you can equip the old “Union” with another step and call it the “Super Union”. And it doesn’t matter that the rocket doesn’t fulfill a single launch: such a goal, most likely, simply will not be confronted by its creators. 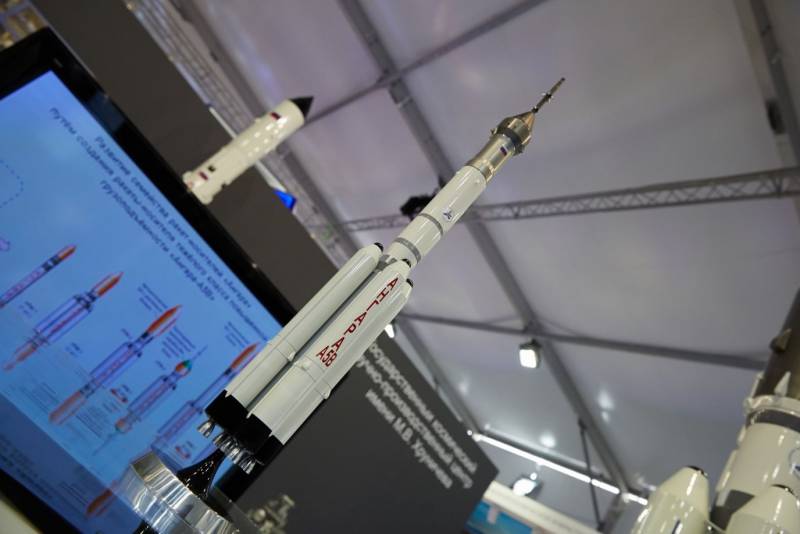 As noted above, no one will abandon the usual "Angara-A5". Therefore, it is quite logical to try to bring the carrier to working condition and use it instead of Proton-M who prematurely left us. As for the rest of the heavy and super heavy, it is high time for the Russian authorities to carry out sequestration of programs that pursue unnecessary or simply unrealizable goals. This applies to both the new version of the Angara and the Don and Yenisei missiles mentioned above. None of these projects carries any scientific value, since it is based on Technology past years. Moreover, the cost of developing and building each of these carriers will “pleasantly” surprise any economist.

In conclusion, I want to say that in developed countries, light and ultralight carriers are gradually becoming the lot of "private traders". In this regard, we can recall the commercial New Zealand spaceport Rocket Lab LC-1. It is too early for Russia to think about this, but sooner or later it will probably come to this too. The state can be recommended to concentrate efforts on the most promising projects: the carriers "Irtysh" and "Angara-A5". For lack of other real space undertakings. It is no secret that the Federation ship we may never see at all, nor the national orbital station. However, more on that later.
Ctrl Enter
Noticed oshЫbku Highlight text and press. Ctrl + Enter
We are
American super-rocket BFR: too good to be true
Russia decided to resurrect an obsolete rocket
Reporterin Yandex News
Read Reporterin Google News
Ad
We are open to cooperation with authors in the news and analytical departments. A prerequisite is the ability to quickly analyze the text and check the facts, to write concisely and interestingly on political and economic topics. We offer flexible working hours and regular payments. Please send your responses with examples of work to [email protected]
4 comments
Information
Dear reader, to leave comments on the publication, you must sign in.