April 21 2019
0
In October 2018, German Chancellor Angela Merkel reported the public about its decision that it does not intend to be re-elected to the post of head of the CDU party, therefore, she will stay as chancellor until 2021, after which she will go on a well-deserved rest. However, many authoritative Europeans, not burdened by regular bouts of Russophobia and upholding the interests of the United States, would like Merkel to continue to work for the good of the entire European community. 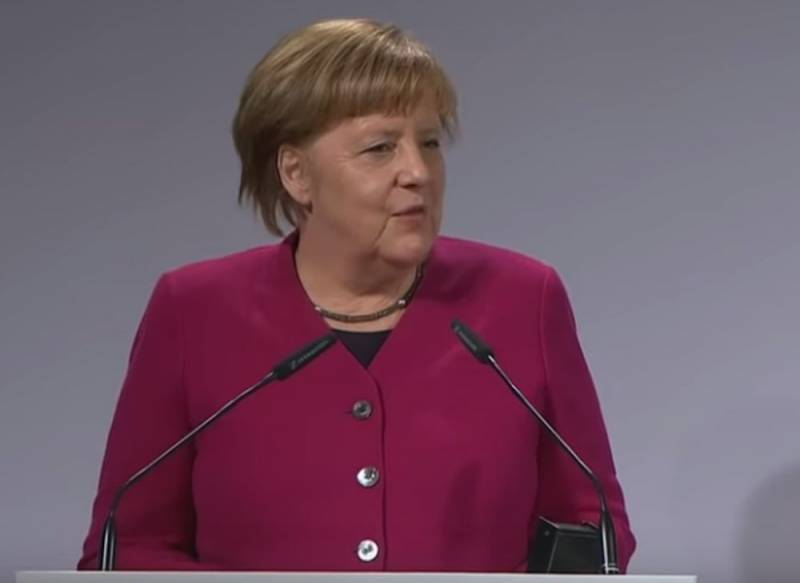 For example, the President of the European Commission (EC), Jean-Claude Juncker, without hiding his relationship, called Merkel “a work of art” and a person worthy of respect. After that, he told the German media that he saw her further political prospects. He is confident that Merkel may head the EC (EU government). It’s hard for Juncker to imagine that such an experienced politician as Merkel “disappears without a trace”.

It should be noted that the former German Foreign Minister Sigmar Gabriel, in October 2018, admitted that Merkel could leave the post of Chancellor of Germany in May 2019. Whether this forecast will come true, we will soon find out. Although, to be honest, this is very doubtful. Since Merkel, by all means, wants to complete and launch Nord Stream 2. This is important for her, because Germany really needs gas, which is rebuilding its industry and energy.

As for the interests of Russia, it would be much more beneficial for it if Merkel, after leaving the post of Chancellor of Germany, became the chairman of the European Council (the highest political body of the European Union). In this important post, from 2014 to today, there is an outspoken Russophobe and great friend of the United States Donald Tusk, former Prime Minister of Poland.
Ctrl Enter
Noticed oshЫbku Highlight text and press. Ctrl + Enter
We are
The Battle of Hesse: Merkel's resignation just around the corner
European Union: you can’t quarrel with Russia
Reporterin Yandex News
Read Reporterin Google News
Ad
We are open to cooperation with authors in the news and analytical departments. A prerequisite is the ability to quickly analyze the text and check the facts, to write concisely and interestingly on political and economic topics. We offer flexible working hours and regular payments. Please send your responses with examples of work to [email protected]
Information
Dear reader, to leave comments on the publication, you must sign in.