Space "Selena": why in Russia they want to create a "suborbital yacht"

April 13 2019
9
In February of this year, it became known that the NGO Aerospace Technology"Is developing a new spaceship, or more precisely - a" yacht. " The analogy arose for a reason. It is assumed that this will be a comfortable walking spacecraft, that is, part of a program aimed at developing space tourism in Russia. The idea for Russia is bold and original. It could be unusual for the whole world, appeared in the years of commercials in the 90s. However, first things first. 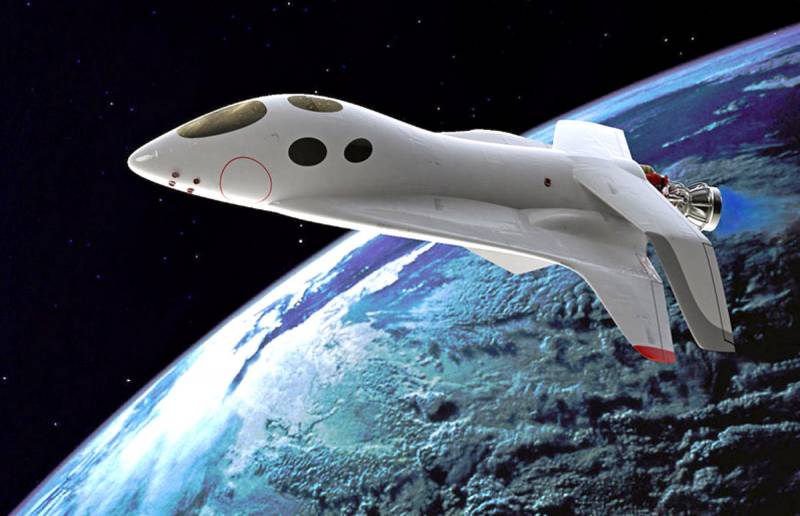 “Space tourism” - how many prospects are there in this phrase? Hundreds of billionaires and millionaires are immediately presented, ready to lay out hard-earned money for the opportunity to see the Earth from afar. And private spaceports! Many. As well as ships capable of sending into orbit everyone who has money. Alas, so far these are only plans. Despite all the commercial prospects, private space tourism as of 2019 is only taking its first steps. The reasons are clear: expensive, difficult, risky. But if we talk about “private traders”: tourists were sent as part of state programs. And more than once.

The first space tourists were the Japanese Toyohiro Akiyama and the British Helen Sharman, who flew to the Mir orbital station with the help of the Soviet Soyuz spacecraft. They visited the station in 1990 and 1991, respectively. It turns out that space tourism can be called Soviet know-how. The Russian Federation declared itself. As part of a public-private partnership between Roscosmos and Space Adventures, on April 28, 2001, businessman of Italian origin Dennis Tito flew aboard the Soyuz to the ISS. Many other tourists also visited the station; they used the Soyuz spacecraft for all these trips.

Alas, private space exploration in Russia began to develop with a noticeable lag behind the leading Western countries. First of all, we are talking about the American companies Virgin Galactic and Blue Origin. Recall that the first intends to realize launches using a suborbital spacecraft, which they intend to launch using air launch technology: this is when the spacecraft is separated from the carrier in the air, at an altitude of several tens of kilometers. Blue Origin has a completely different concept: it will realize tourist starts using a reusable suborbital rocket. By the way, Blue Origin was the first company to build a reusable medium: it was ahead of SpaceX. However, we repeat that, unlike the Falcon 9, the Blue Origin rocket is not a space rocket, but a suborbital one. After the launch, the rocket makes a vertical landing, like the Falcon, and the launched capsule with tourists returns by parachute.


From the latter: On January 23, Blue Origin successfully completed the tenth test of New Shepard. During it, several experiments were sent to a suborbital flight. Virgin Galactic also has reasons to be proud: last December, the VSS Unity SpaceShipTwo spacecraft with two pilots on board separated from the WhiteKnightTwo carrier at an altitude of 13 kilometers and reached an altitude of almost 83 kilometers, rising above the space boundary (this is if we take the definition of the Air Force’s space boundary USA). The tourist will have to pay a lot for such a pleasure: the price of one ticket for 2009 was 250 thousand dollars. But no one said that space tourism would be available to every mid-level manager. It is a pleasure for the rich.


Most important: as we have noted, so far, space tourism, not counting trips to the ISS, lies in the plane of a promising direction. That is, neither Virgin Galactic nor Blue Origin are ready to launch tourists themselves. Will the Russian developer get ahead of them?

First of all, let's talk about the developer. The official website of Aerospace Technologies says: “The Scientific and Production Association“ Aviation and Space Technologies ”(NPO“ ACT ”) was created in July 2011 in the city of Pyatigorsk. Its leader and inspirer was the famous traveler, test pilot ALS, design engineer Alexander Begak. Aviation specialists and enthusiasts saw their main task in the revival of the aircraft industry, in particular ultralight aviation. It was there that in 2001 the first aircraft was created - the transformer "Scarab Runner". The team tested the equipment samples made in the walls of the laboratory in different parts of the country and the world. ” 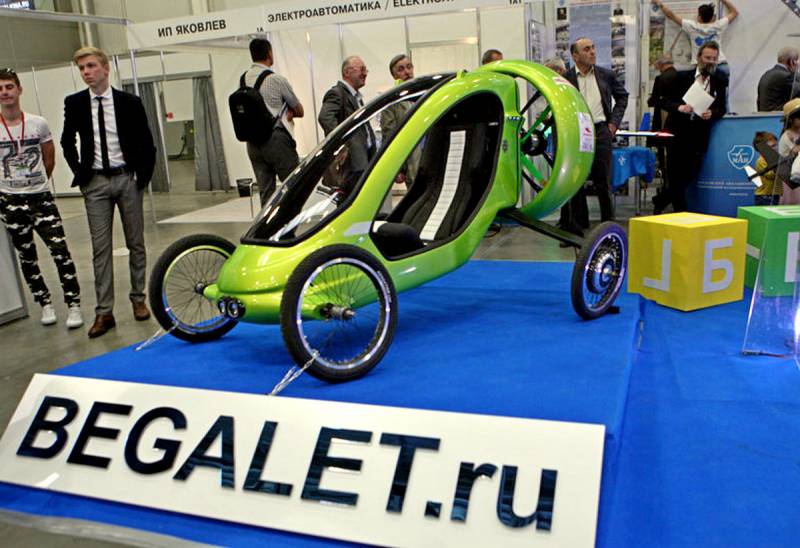 Under the brand name “Begalet” there are light air huts. These are motorized aircraft with a non-rigid (parachute) wing equipped with wheeled trolleys where the pilot is located. On the site you can find other products on offer, for example, the Triton amphibious car and the Yurik quadrocopter (weren't the UAV creators inspired by the releases of the famous video blogger?).

Be that as it may, the company does not offer anything more serious than light aircraft in the market. But what is her new concept? According to the idea, the Selena spacecraft can take on board up to six passengers. There is a place for the pilot, but in a normal situation he will not control the ship: this is the task of the autopilot. The ship will be able to take off from a conventional airfield, like an airplane. A “yacht” should enter outer space at a speed of Mach 3,5, ultimately reaching a height of up to 140 kilometers. When descending and entering the atmosphere, the speed of the spacecraft should be Mach 0,85. They intend to carry out a landing in an airplane mode: for this, almost any airfield will also fit.

We have the opportunity to land at any airport, the device lands like an airplane ... We now calculate the optimal time in space, a comfortable flight path, as experience shows that people do not have to be in zero gravity for ten minutes
- said the general designer of the company Alexander Begak.

In the "Aerospace Technologies" they say that they intend to build several of these ships. And the estimated price of the ticket will have to be from 200 to 300 thousand dollars: that is, about the same as that of competitors. For this money, a tourist will receive a rather long time in zero gravity: perhaps more than ten minutes.

In general, the idea is rich. However, exactly how the company intends to implement such a complex project is a big question. An even more difficult challenge will be the payback of development, but until this point, as far as one can judge, you will have to find funds at least for the first stages of design. Adds uncertainty to the lack of new information for the months after the presentation of the project. However, we do not have the right to put a “cross” on the project, exactly, as well as talk about any prospects. At least for this time.
Ctrl Enter
Noticed oshЫbku Highlight text and press. Ctrl + Enter
We are
Refusal from Ukrainian missiles makes Sea Launch pointless
What will Russia do when the ISS does not
Reporterin Yandex News
Read Reporterin Google News
Ad
We are open to cooperation with authors in the news and analytical departments. A prerequisite is the ability to quickly analyze the text and check the facts, to write concisely and interestingly on political and economic topics. We offer flexible working hours and regular payments. Please send your responses with examples of work to [email protected]
9 comments
Information
Dear reader, to leave comments on the publication, you must sign in.