Nazarbayev's daughter will not run for president

April 9 2019
0
The act of Dariga Nazarbayeva once again confirmed that Nursultan Nazarbayev is a wise and far-sighted politician. 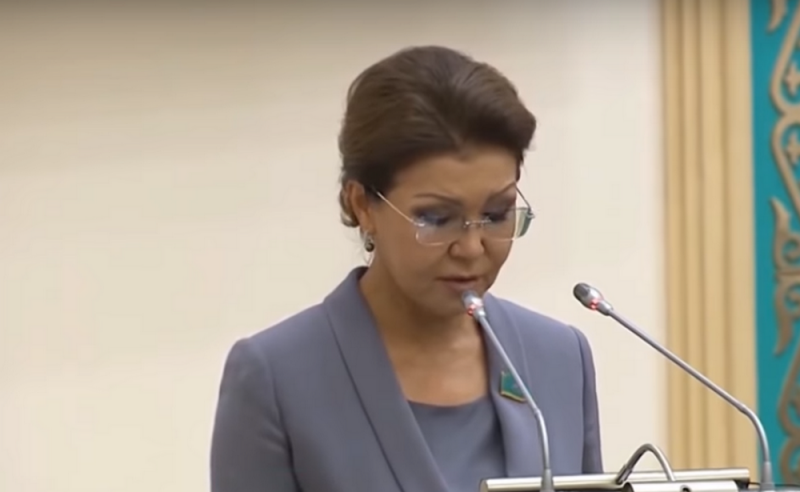 The daughter of the president of Kazakhstan, who, after nearly thirty years as head of state, resigned of his own free will, refused to stand for early presidential election.

The refusal of Dariga Nazarbayeva to stand as a candidate was confirmed by her assistant, Saule Mustafayeva.

Recall that the date of early presidential elections in Kazakhstan is set for June 9, 2019. Currently, the duties of the head of the republic are performed by the chairman of the Senate of the Parliament of the country Kassym-Zhomart Tokayev.

In this state of affairs, he has absolutely no need to give opponents the opportunity to juggle with such a thing as “transfer of power by inheritance”, which will seriously burden all other charges, in particular, censorship, the cult of personality and corruption.
Ctrl Enter
Noticed oshЫbku Highlight text and press. Ctrl + Enter
We are
In Kazakhstan, they proposed to name the capital of the country after the first president
New President of Kazakhstan takes office
Reporterin Yandex News
Read Reporterin Google News
Ad
The publication is looking for authors in the news and analytical departments. Requirements for applicants: literacy, responsibility, efficiency, inexhaustible creative energy, experience in copywriting or journalism, the ability to quickly analyze text and check facts, write concisely and interestingly on political and economic topics. The work is paid. Contact: [email protected]
Information
Dear reader, to leave comments on the publication, you must sign in.