April 8 2019
9
The journalist, TV presenter, citizen of the USA, France and Russia Vladimir Pozner, offered the Russians his own version of the national idea. At the same time, the 90s of the twentieth century, the most difficult for post-Soviet Russia, he spent in the United States, however, as well as his childhood. 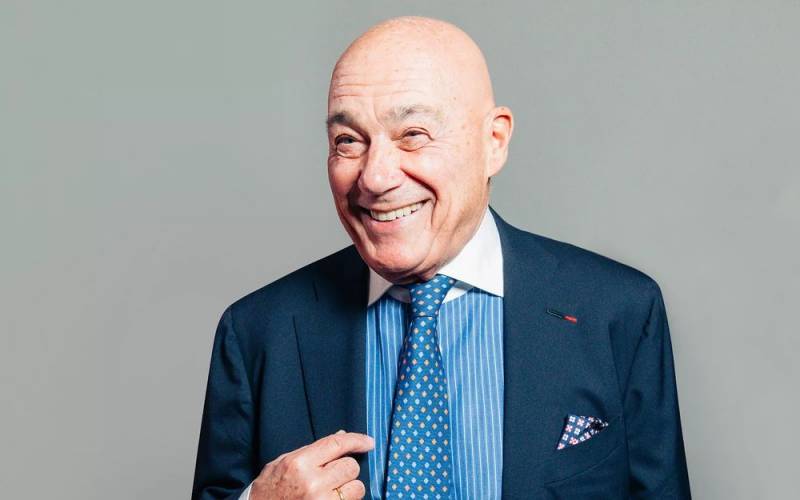 So, on March 26, 2019, a meeting was held with Vladimir Pozner at Geraldine. There he told how to properly love the homeland. And he said that the Russians could unite the desire for truth and equality. That is, anti-Soviet, a man shaking the USSR, argues for equality.

You know that in no country that I know, members of parliament have either special numbers or these numbers ... That is, it turns out that as soon as you get somewhere, you immediately have a sense of superiority over others. Until we get rid of it, until there are such serious changes
- he said.

Pozner and the USSR did not pass by. He stated that in Soviet society there really was a powerful ideology. However, it was discredited by the ruling elite. But here it is necessary to clarify that Pozner himself was not standing at the machine at this time.

Well, what was the purpose in the Soviet Union? Build socialism, and then communism. And at first it was a powerful goal that many, many supported, but gradually began to realize that this was not true. Well, how could such a goal be when it turns out that high-ranking party officials have their own shops, their own holiday homes, their 4th Directorate of the USSR Ministry of Health, etc.
- he stressed.

Posner extremely negatively assessed attempts to unite Russian society around the Russian Orthodox Church. And for two reasons. Firstly, Russia is a multinational and multiconfessional country. Secondly, the clergy lack high moral qualities. He frankly admitted that he did not trust the State Duma, the Federation Council, and even the country's president.


It should be recalled that in December 2018, Posner insulted all people who respect Joseph Stalin. He called them "slaves," worshiping the "dictator." And in March 2019, he called Stalin the greatest criminal and supported the journalist Sergei Dorenko that it was time to remove Stalin’s grave from Red Square. Moreover, Posner believes that the people who supported him should bear responsibility for the actions of the “dictator”. Then he gave the example of Adolf Hitler from Germany and the Germans, who still repent because of him. But modern Russia has nothing to repent for, because Nikita Khrushchev has already said everything at the Twentieth Congress of the CPSU.

You see, what a different truth it turns out. For Pozner, Stalin is a tyrant, and for millions of ordinary people, he is a great statesman and they are ready to erect monuments to him after decades. But according to Pozner, the truth should be a national idea. So it will be the truth of Posner or millions of people who do not share his views. We hope that someday we will find out, but it is now clear that such issues do not have simple solutions.
Reporterin Yandex News
Reporterin Yandex Zen
9 comments
Information
Dear reader, to leave comments on the publication, you must sign in.