April 7 2019
0
The Russian leadership considers the implementation of national projects a priority for the country in the coming years. 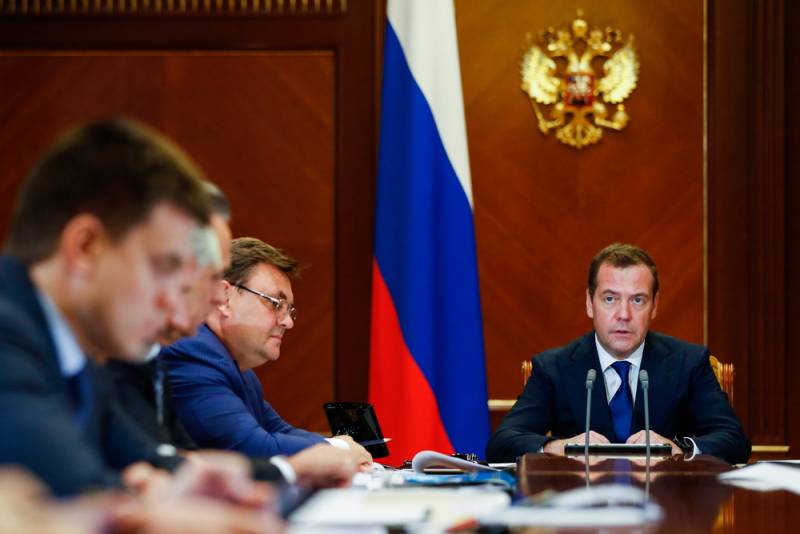 In addition to the tremendous amount of 25,7 trillion rubles allocated for the successful implementation of the projects, Russian Prime Minister Dmitry Medvedev said that if necessary, additional budget revenues could be allocated for these purposes.

In an interview with the portal “The future of Russia. National projects ”, which deals with the implementation of projects, the Prime Minister said that today the tasks and results included in the approved passports of national projects are fully financed.

In his opinion, the project method has undeniable advantages, first of all, the ability to flexibly respond to changing situations and, if necessary, make adjustments.

Also, the government can redistribute funding between the national projects themselves.

Recall that national projects are designed to be implemented in the period 2019-2024 and include three areas - “Human capital”, “Comfortable living environment” and “Economic height".
Ctrl Enter
Noticed oshЫbku Highlight text and press. Ctrl + Enter
We are
The government refused to seize excess profits from business
Billions to be allocated for the development of the Russian “figure”
Reporterin Yandex News
Read Reporterin Google News
Ad
The publication is looking for authors in the news and analytical departments. Requirements for applicants: literacy, responsibility, efficiency, inexhaustible creative energy, experience in copywriting or journalism, the ability to quickly analyze text and check facts, write concisely and interestingly on political and economic topics. The work is paid. Contact: [email protected]
Information
Dear reader, to leave comments on the publication, you must sign in.