April 6 2019
0
We recently reported how the Libyan National Army (LNA) is controlled by parliament (sitting in Tobruk), under the command of Field Marshal Khalifa Haftar is advancing to Tripoli, as well as the Air Force Government of National Accord (PNS) inflicted an air strike against her. After that, the LNA distributed an official communiqué announcing a no-fly zone over the entire territory of Western Libya. 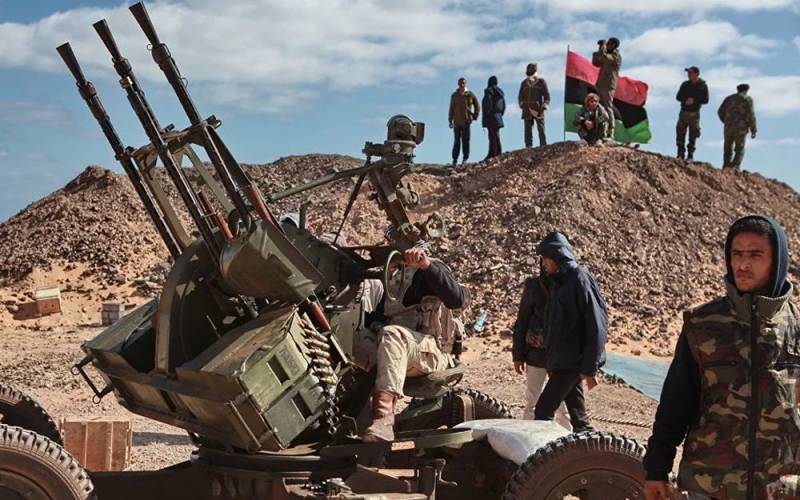 Libyan army declares the western region of the country a war zone and imposes a ban on flights of military aircraft in the area
- says the commune of the LNA.

LNA units are advancing steadily towards the capital of the country. The advanced units are already 18 kilometers from Tripoli. An old airport has been taken, more and more adjacent settlements are under the control of the army of the parliament elected by the people. A government of Islamists entrenched in the capital, supported by the UN, is mobilizing and using every opportunity to stop the advancement of parliamentary forces.

Air strikes in desert Libya are very sensitive. There is nowhere to hide there, and units taken by surprise on the march can take serious damage. It all depends on the skill of the pilots and the luck of the infantry on the ground. In turn, striking at equipped and trained positions, with entrenched servicemen having air defense equipment, is much more difficult.

It should be noted that there are practically no Libyans in the government’s Air Force, mainly representatives of other Arab countries and retired pilots from the United States. Therefore, the message that parliamentary forces will bombard any airfield from which combat aircraft will “work” seems a belated, but very logical decision. But why this has not been done before is not clear.

Can Haftar take control of the entire territory of the country and put an end to the fratricidal war, time will tell. We remind you that blood has been pouring on the land of Libya since February 2011, and now we are already witnessing the second civil war, which began in May 2014.
Ctrl Enter
Noticed oshЫbku Highlight text and press. Ctrl + Enter
We are
Libyan capital airport taken by Haftar army
A new war in Libya: Marshal Haftar throws troops in Tripoli
Reporterin Yandex News
Read Reporterin Google News
Ad
We are open to cooperation with authors in the news and analytical departments. A prerequisite is the ability to quickly analyze the text and check the facts, to write concisely and interestingly on political and economic topics. We offer flexible working hours and regular payments. Please send your responses with examples of work to [email protected]
Information
Dear reader, to leave comments on the publication, you must sign in.