NOVATEK: Russia may occupy 20% of the global LNG market

April 5 2019
1
The Russian company NOVATEK has put forward an ambitious plan to turn Russia into one of the leaders in the global liquefied natural gas market. This will require the creation of a LNG production cluster and appropriate government support. 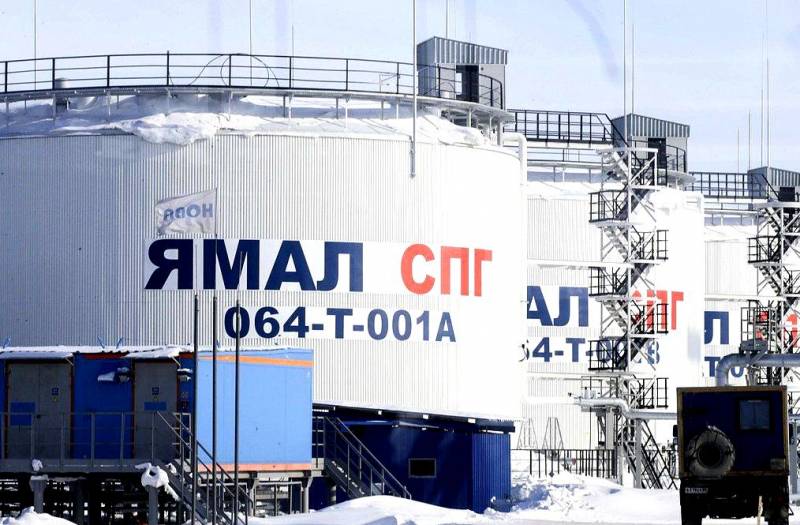 Now Russia, despite its serious capabilities, is significantly inferior in terms of the scale of production and export of LNG to the leaders of the world market of this type of fuel. So, the same Qatar produces several times more LNG than Russia.

Meanwhile, our country has a very rich potential. According to Leonid Mikhelson, Chairman of the Board of NOVATEK, only the Yamal and Gydana fields can produce 140 million tons of LNG per year. By the way, in November 2018, NOVATEK ahead of schedule put into operation its first Yamal LNG liquefied natural gas plant.

Thanks to the launch of Yamal LNG, NOVATEK immediately occupied about 5% of the entire global liquefied natural gas market. Therefore, when Mikhelson announced the prospect of Russia occupying 20% ​​of the LNG market, he really should be heeded.

If the Russian state goes to create an LNG cluster on the Yamal and Gydan peninsulas, then by 2030 the country will be able to increase LNG production to 140 million tons per year. But this requires not only the improvement of gas production methods, but also the development of an icebreaking and tanker fleet.
Ctrl Enter
Noticed oshЫbku Highlight text and press. Ctrl + Enter
We are
Rosneft is considering the idea of ​​creating an Arctic cluster
Russia broke into first place for LNG supplies to Europe
Reporterin Yandex News
Read Reporterin Google News
Ad
We are open to cooperation with authors in the news and analytical departments. A prerequisite is the ability to quickly analyze the text and check the facts, to write concisely and interestingly on political and economic topics. We offer flexible working hours and regular payments. Please send your responses with examples of work to [email protected]
1 comment
Information
Dear reader, to leave comments on the publication, you must sign in.