March 29 2019
1
March is running out, Gazprom has only nine months left to sign a new transit agreement with Ukraine. If there is no new agreement by December 31, 2019, then the Europeans will not be able to receive gas through the Ukrainian GTS. This will be a serious blow both to the energy security of the Old World and to the Russian budget, which will lose a significant part of tax revenues. Then “all in white” savers from across the ocean, LNG producers from the USA will appear on the scene. If you want, you don’t want, Europeans will have to buy expensive gas from them. 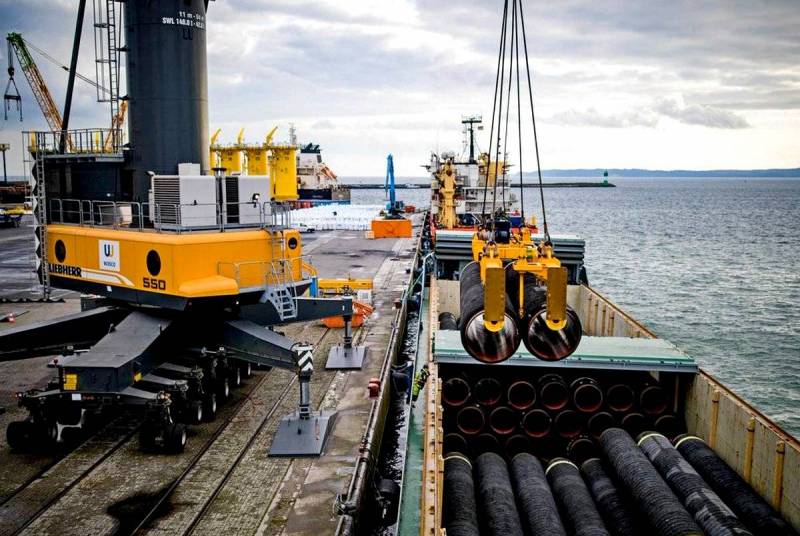 The so-called bypass routes around its territory, the Turkish Stream and the Nord Stream 2, are called to solve the problem of dependence on unreliable Ukrainian transit. Of these, the last gas pipeline is under the greatest pressure from Washington, since it must power the economy Germany and Austria, in the first case - the main competitor to the United States in Europe, relatively inexpensive "blue fuel" in the amount of 55 billion cubic meters per year.

In this confrontation between Moscow, Berlin and Washington, one can clearly see which European states do not actually have sovereignty, because they act contrary to their own interests under the direction of American gas producers. So, Sweden, Finland, and Germany itself for a long time pulled with the issuance of permits for the laying of Nord Stream-2. With great creak, the project was still able to coordinate with them. A pipeline along the bottom of the Baltic Sea is already under construction, 800 kilometers out of 2100 have been laid.

However, now everything rests against unexpected opposition from Denmark, which accounts for no more than 10% of the length of the pipeline. How does Copenhagen sabotage the Russian-German project?

At the initial request, the operator of Nord Stream 2 proposed to lay a gas pipeline next to its "older brother". But in Denmark, amendments to legislation were promptly adopted, according to which the Kingdom has the right to block an application for the construction of a pipeline on its continental shelf, where previously without special political problems was laid "Nord Stream-1".

Gazprom offered Copenhagen a bypass route on the northwest side of the Swedish island of Bornholm. The path turned out to be longer than the original, but outside the territorial waters of Denmark, so the question of building the Nord Stream-2 is determined not by Danish, but by international law. The environmental justification provided by the Russian company made it possible to coordinate the project.

Option “Gazprom” was chosen quite successful. But now, having no opportunity to ban the construction, Copenhagen began to delay it. So, the Danish energy agency asked to consider the option of laying a pipeline already south of the very island of Bornholm, in Danish waters. The most remarkable thing is that this territory has been controversial for a long time, since Warsaw claimed their rights to it. However, just at the end of last year, Denmark and Poland unexpectedly resolved a dispute lasting forty years in favor of the Kingdom.

Denmark acts as a Washington colony, which acts exclusively in the interests of American business and the American elite. Danish and EU security interests are not taken into account.

With its new application, Copenhagen can drag out the process for several months, which will be needed for a new environmental review. And who said that then the next “interesting options” will not arise? If Gazprom agrees to lay its pipe through Danish territory, then it will be dependent on the Kingdom of Denmark as a transit country, where, like the classic, "something has clearly rotted."
Ctrl Enter
Noticed oshЫbku Highlight text and press. Ctrl + Enter
We are
Invented by the Americans, "Plan B" will finish the economy of Ukraine
A year left: Russia reminded Europe of Ukrainian transit
Reporterin Yandex News
Read Reporterin Google News
1 comment
Information
Dear reader, to leave comments on the publication, you must sign in.