March 24 2019
2
On March 19, 2019, President of Kazakhstan Nursultan Nazarbayev resigned. The next day, his 55-year-old eldest daughter, Dariga Nazarbayeva, was elected chairman of the Senate (upper house of parliament). Prior to that, she headed the Senate Committee on Foreign Affairs, Defense and Security (since September 2016 she has been a senator) 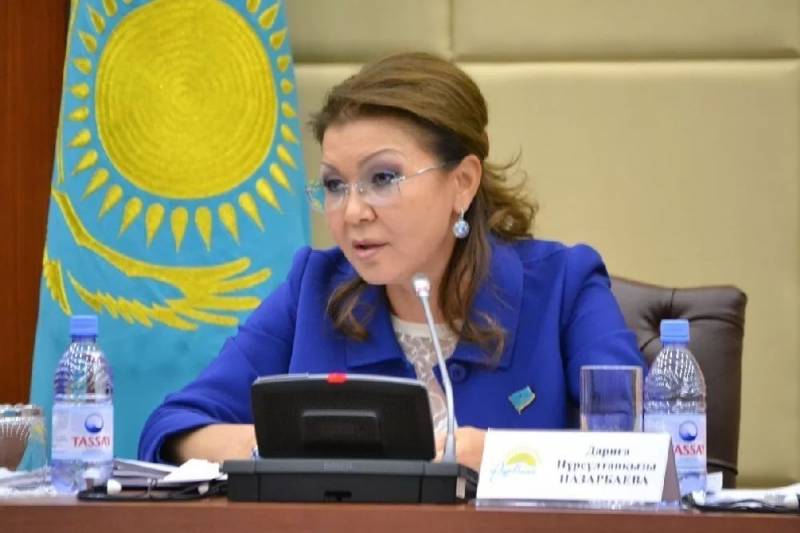 It must be recalled that all the 44 senators in the hall voted unanimously for this decision. After all, the chairman’s place was vacant after Kassym-Zhomart Tokaev took over as president of Kazakhstan. He will remain in this position for about a year, until the next election, which should take place (tentatively) in April 2020. What constitutes the legislative authority of Kazakhstan, we detail Reported earlier.

It should be noted that as soon as Dariga Nazarbayeva was elected chairman of the Senate, she immediately remembered her unsuccessful statement, after which she was at the epicenter of the scandal. In March 2014, Darina Nazarbayeva said that children with disabilities in specialized orphanages are “freaks”.

According to her, you need to take teenagers to these boarding schools on excursions so that they can see with their own eyes the result of an ill-conceived, premature sexual life. Then this statement caused a storm of indignation, but after a while they forgot about it. And now, Dariga Nazarbayeva recalled this statement.

So that they see what the result of ill-conceived and premature sexual activity is. And these children, freaks, show disabled people, let them watch. It works stronger than hours of talk and lecture.
- said Dariga Nazarbayeva regarding the education of adolescents.


I must add that recently we Reportedas President of Russia Vladimir Putin signed Decree No. 95 on increasing from July 1, 2019 the monthly allowance for the care of children with disabilities of group I from 5,5 thousand rubles. up to 10 thousand rubles
Ctrl Enter
Noticed oshЫbku Highlight text and press. Ctrl + Enter
We are
Nazarbayev's daughter becomes chairman of the Senate of Kazakhstan
New President of Kazakhstan takes office
Reporterin Yandex News
Read Reporterin Google News
Ad
We are open to cooperation with authors in the news and analytical departments. A prerequisite is the ability to quickly analyze the text and check the facts, to write concisely and interestingly on political and economic topics. We offer flexible working hours and regular payments. Please send your responses with examples of work to [email protected]
2 comments
Information
Dear reader, to leave comments on the publication, you must sign in.