March 16 2019
0
It became known that on March 15, 2019, the U.S. Air Force Boeing B-52H Stratofortress strategic bomber, tail number 61-0009, tried to simulate the bombing of the Baltic Fleet base without flying into Russian airspace. This was announced by the aviation monitoring portal PlaneRadar, having documented the incident. 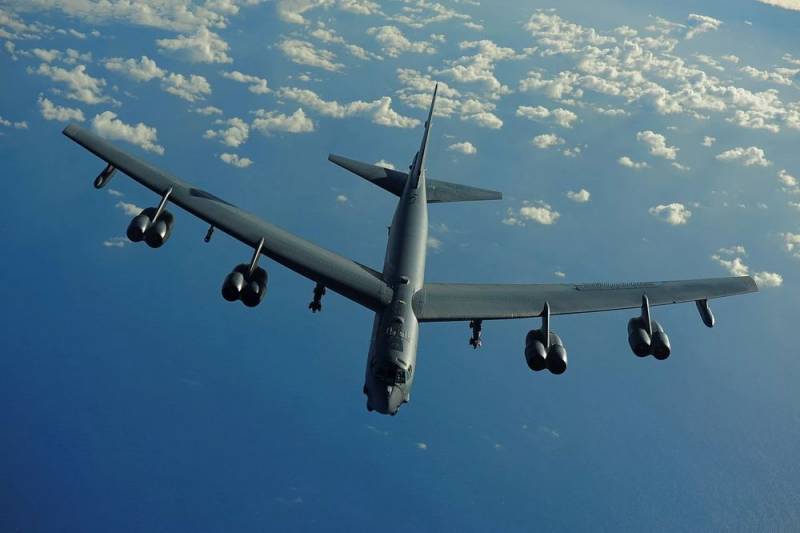 It should be noted that the B-52H Stratofortress are carriers of all kinds of ammunition (air bombs and cruise missiles), including those with nuclear filling. Recently, these strategic bombers began to appear frequently at the borders of Russia. However, we must pay tribute, Moscow regularly responds with a “reciprocity”, sending its strategic aviation in the direction of a likely “partner” with similar visits.

The aforementioned B-52H Stratofortress took off from Barksdale air base, located in Louisiana (USA). Then he made a transatlantic flight. After that, through the airspace of Great Britain and Germany, he got into the Baltic Sea. Then he headed for the Kaliningrad region of Russia. At the same time, the bomber flew at an altitude of 8 meters with a transponder defiantly turned on. 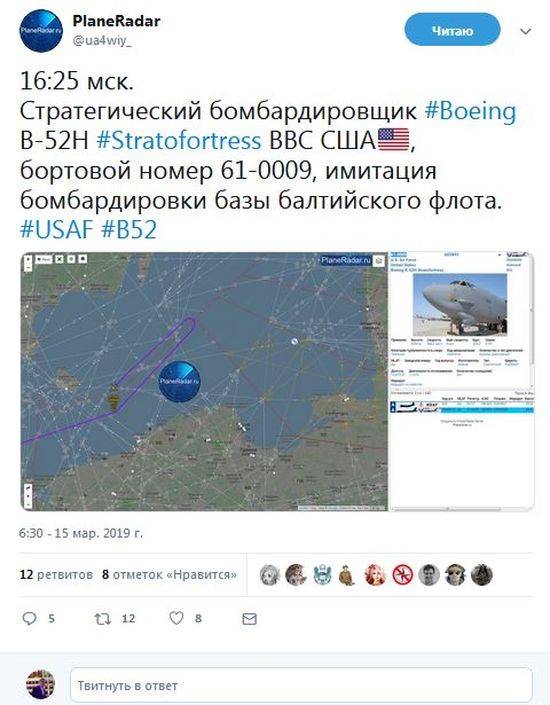 According to reports, the "strategist" spent some time in the coverage area of ​​the Russian air defense / missile defense systems, after which, being 120 kilometers from the Russian sea border, he made a U-turn and headed towards the UK. There is the airbase of the "jump" Mildenhall (Mildenhall) on which is based the 100th air wing of refueling and other units of the US Air Force.
Ctrl Enter
Noticed oshЫbku Highlight text and press. Ctrl + Enter
We are
US sent strategic bombers to Europe
USA intensified aerial reconnaissance near Crimea
Reporterin Yandex News
Read Reporterin Google News
Ad
We are open to cooperation with authors in the news and analytical departments. A prerequisite is the ability to quickly analyze the text and check the facts, to write concisely and interestingly on political and economic topics. We offer flexible working hours and regular payments. Please send your responses with examples of work to [email protected]
Information
Dear reader, to leave comments on the publication, you must sign in.