March 15 2019
0
According to updated data, 40 people became victims of the terrorist attack in New Zealand. This statement was made to Reuters by Prime Minister Jacinda Ardern. 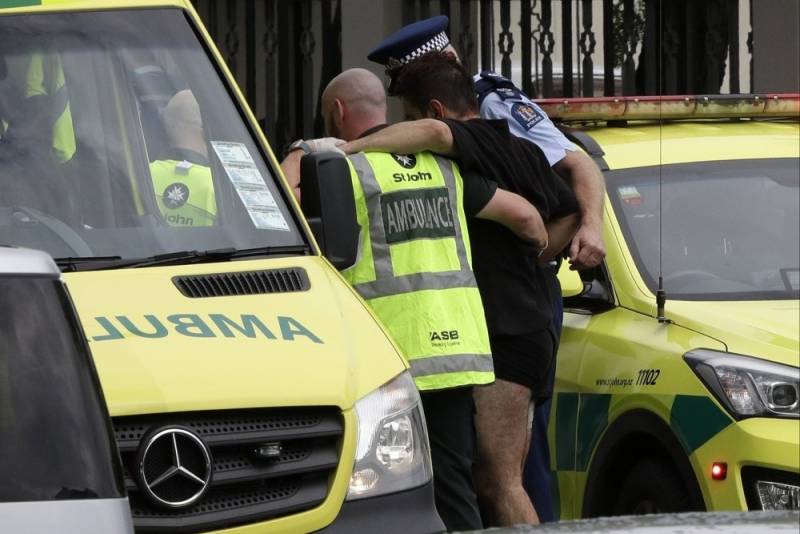 According to her, three men and a woman detained after the attack were supporters of extremist views, but were not previously seen in unlawful acts and were not under police surveillance. Ms. Ardern clearly calls the incident an terrorist attack.

The Prime Minister noted the growing security threats in New Zealand. According to CNN, she believes that this is due to the values ​​that the country professes. One of them is multiculturalism.

Earlier it became known that after a day's prayer, three men and one woman broke into two mosques in Christchurch and the village of Lynwood, located in the province of Canterbury, and opened fire on parishioners. Official confirmation came that one of the shooters was an Australian citizen, Brenton Tarrant. A day earlier, he published a manifesto calling his actions a terrorist act.

All attackers were detained. In addition, the police managed to detect and neutralize several explosive devices attached to parked cars.
Ctrl Enter
Noticed oshЫbku Highlight text and press. Ctrl + Enter
We are
US State Department: Venezuelan Civil War Scenario Ready
Named the most shameful US media fakes about Russia
Reporterin Yandex News
Read Reporterin Google News
Ad
The publication is looking for authors in the news and analytical departments. Requirements for applicants: literacy, responsibility, efficiency, inexhaustible creative energy, experience in copywriting or journalism, the ability to quickly analyze text and check facts, write concisely and interestingly on political and economic topics. The work is paid. Contact: [email protected]
Information
Dear reader, to leave comments on the publication, you must to register.
I have an account? Sign in