March 12 2019
3
It became known that the Venezuelan police managed to detain two suspects in an attempt to disable the largest power station in the country. This was announced by the President of Venezuela, Nicolas Maduro, specifying that the detainees wanted to harm this hydroelectric station by disabling (breaking) the communication system. Currently, they are already giving evidence. 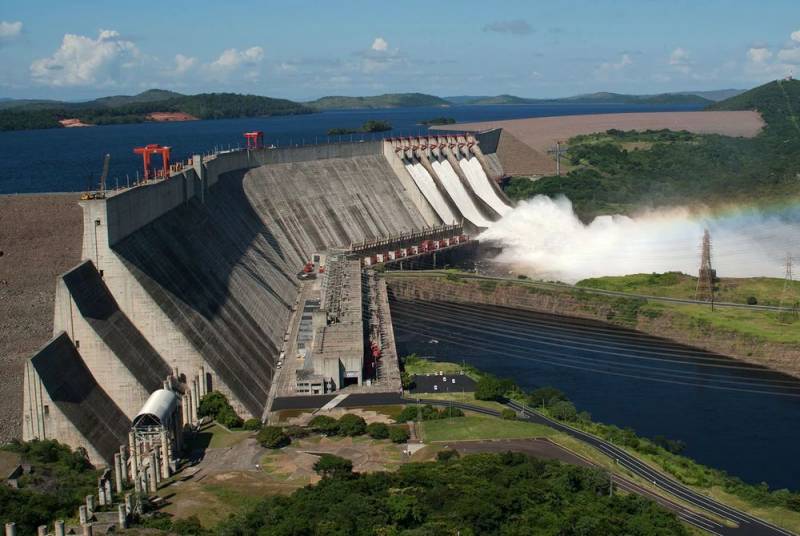 It should be recalled that March 7, 2019 in Venezuela, large-scale problems with power supply began. The authorities reported a cyber attack from the United States at an energy facility in Venezuela. Serious power outages were observed in 21 states. In total, the country has 23 states and 1 metropolitan area (excluding island territories). Unsubstantiated reports of dozens of deaths appeared in the media.

Official Caracas called what happened the "energy war" of Washington against the Venezuelans. At the same time, the US authorities, represented by the head of the State Department, Mike Pompeo, did not even become shy and openly declared:

No food. There is no medicine. Now the light. And then there will be no Maduro.

Venezuelan “democratic” opposition, led by impostor Juan Guaido, who declared himself the “interim president” of the country on January 23, 2019, is not far behind the American masters.

The light will return when Maduro is removed
- Guaido said hopefully then.

Then he hastened to parliament to declare a state of emergency in the country, emphasizing that this measure would allow for assistance from other countries.

However, apparently, the official authorities of Venezuela are still coping with the sabotage and frankly harmful activity of both external and internal enemies launched against them.
Ctrl Enter
Noticed oshЫbku Highlight text and press. Ctrl + Enter
We are
Maduro Found Guilty of Power Outages in Venezuela
US State Department: Venezuelan Civil War Scenario Ready
Reporterin Yandex News
Read Reporterin Google News
Ad
We are open to cooperation with authors in the news and analytical departments. A prerequisite is the ability to quickly analyze the text and check the facts, to write concisely and interestingly on political and economic topics. We offer flexible working hours and regular payments. Please send your responses with examples of work to [email protected]
3 comments
Information
Dear reader, to leave comments on the publication, you must sign in.