USA: Russians will definitely take advantage of the withdrawal of American forces from Syria

March 10 2019
1
Trump’s decision to withdraw American troops from Syria, which, however, is in no hurry to be implemented, is criticized by many military personnel. One of them, US Army General Joseph Water, said that Russia would certainly take advantage of the Americans leaving Syria. 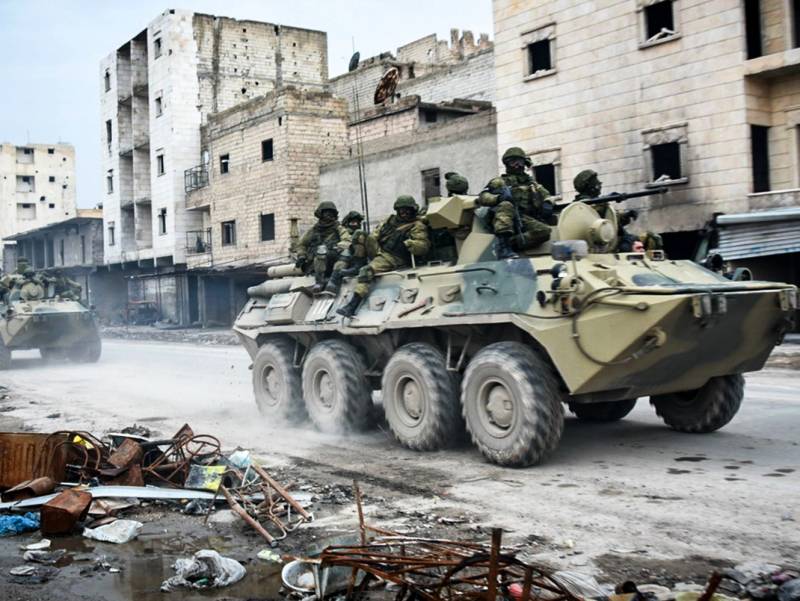 Resource Military.com quotes the words of Votel, he said at a meeting of the House of Representatives Committee on Armed Forces, which was held on March 7. The general noted that the “emptiness” created after the withdrawal of American troops was filled by Moscow.

In my opinion, the Russians consider this an opportunity to fill the void, which will remain instead of what we created in support of our partners cooperating with us in the conflict zone
- he said.

First, the general dislikes the fact that Russia will continue to help Syrian President Bashar al-Assad fight against, as he put it, “rebels” (that is, against terrorists). Secondly, he does not like that the Russian Federation will strengthen its influence in the Middle East. This, he noted, will affect the situation both in the region and throughout the world.

At the same meeting, another US military spokesman, Brigadier General of the US National Guard Trent Kelly, who is a member of the House of Representatives from the state of Mississippi, spoke. He does not agree that the “void” in Syria will arise due to the decision of Trump, because, in his opinion, such a situation developed even under the previous president - Barack Obama.

He regretted that in 2013, Obama did not carry out aggression against Syria. As a result, the brigadier general believes, this led to the appearance of Russians there.

The reason for the influence of Russia in Syria now arising in part is that for a long time we did not take absolutely no actions. And even when the Syrian government began to poison their own citizens, they reacted belatedly
- said Kelly.

This "concern" for alleged "poisoned citizens" sharply contradicts the real actions of Washington and its coalition in Syria, from which civilians die. Yes, and Kelly, claiming that the Syrian leadership is "poisoning people", while regretting that in 2013 the US and NATO did not kill the Syrians with bombs and missiles.

In the material where the words of these two US military are quoted, the author emphasized that the Russian presence in Syria greatly complicates Washington's "already difficult battle." He noted that the forces of the United States and the Russian Federation are often on different sides. This can lead to a conflict between them. In addition, the material says, Russians are using means that Americans have not encountered since the Cold War.

Well, if Russia, at the invitation of the Syrian government, fights against terrorists and at the same time finds itself on opposite sides of the "barricades" with the USA, the question is: on which side are the United States fighting, claiming that they are also fighting terrorism? The answer is obvious, especially considering that in practice Washington too often saved terrorists from defeat (including militants of the Islamic State organization banned in Russia).
Ctrl Enter
Noticed oshЫbku Highlight text and press. Ctrl + Enter
We are
Withdrawal of American troops from Syria: “First things, then people”
US State Department: Venezuelan Civil War Scenario Ready
Reporterin Yandex News
Read Reporterin Google News
Ad
We are open to cooperation with authors in the news and analytical departments. A prerequisite is the ability to quickly analyze the text and check the facts, to write concisely and interestingly on political and economic topics. We offer flexible working hours and regular payments. Please send your responses with examples of work to [email protected]
1 comment
Information
Dear reader, to leave comments on the publication, you must sign in.