“It will be worse than Chechnya”: Ukrainian presidential candidate calls for war with Russia

March 6 2019
9
It is already obvious that at present in Ukraine there simply are not, and cannot be, sane and adequate candidates for the presidency of the country, let alone pro-Russian candidates. They simply will not go through a sieve of negative selection, which has long been introduced into society in this territory controlled by the United States and is called Ukrainian "patriotism." 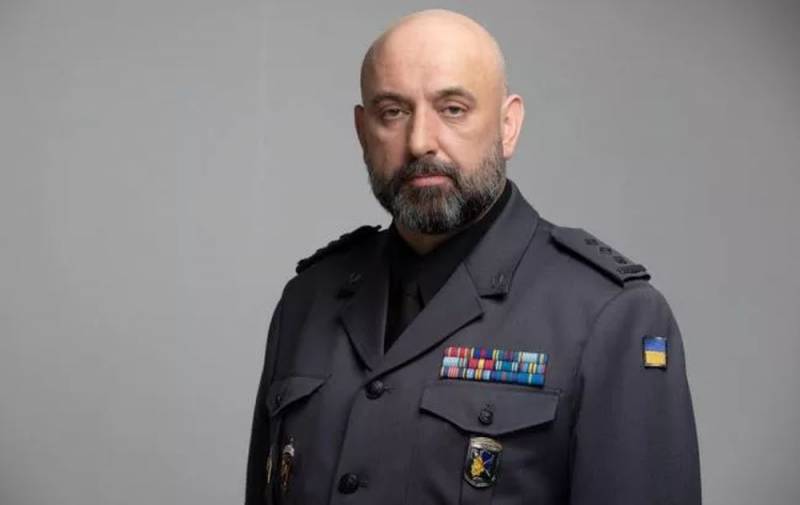 In turn, Ukrainian "patriotism" generates frank freaks and brings to the surface political silt in the form of all kinds of psychopaths with varying degrees of mental disabilities, often noticeable to people who do not even understand the intricacies of psychiatry. The main thing is that they are ready to kill, so the bulk of the country's population lives in constant fear, afraid even to demonstrate their adequacy.

A good example of these processes is Sergey Krivonos, who was put forward in pursuit of the main “stool of the nation” by the “ATO Warriors” party. He has already called for preparing the civilian population of Ukraine for war with Russia.

According to the “patriot”, Kiev needs a “system” in order to fight the “enemy” with all possible forces and means, that is, with Moscow. And the relevant points have already been laid in his election program. At the same time, the AFU is given secondary importance there, the emphasis is on the civilian population, which does not participate in the civil war in principle.

The candidate wants the Ukrainian authorities to teach ordinary citizens specific skills, so that they “carry out precision strikes“ around the clock, months, years ”.

Our people must be armed. Rifled weapons. This is one of the points of my program and, directly, this is the main task
- he stressed.


It should be noted that about 40 candidates participate in the next presidential election in Ukraine, the vast majority of which are copies of the mentioned Krivonos, in varying degrees of neglect. For a quarter century, Americans cultivated such “patriots,” investing money in the educational process.

But now the system has reached a self-sustaining level and even began to return investments, being opposite the European part of Russia. The election will be held March 31, 2019. And if none of the candidates gets 50% plus one vote from the number of those who came to the polls, then on April 21, 2019 the second round will take place. One can only imagine what presidential candidates will appear in Ukraine in five more years.
Ctrl Enter
Noticed oshЫbku Highlight text and press. Ctrl + Enter
We are
It's important23
"On their own hands" ": Poroshenko told how he carried the dead from the Maidan
Ukraine volunteered to replace Russia in the European gas market
Reporterin Yandex News
Read Reporterin Google News
9 comments
Information
Dear reader, to leave comments on the publication, you must to register.
I have an account? Sign in