February 22 2019
1
It became known that the volume of shadow economics Russia in 2018, although it exceeded 20 trillion. rubles, amounting to about 20% of GDP, but decreased significantly compared to 2015-2016, when it was more than 28% of GDP. This is stated in the annual assessment of the Federal Service for Financial Monitoring (Rosfinmonitoring), which is sent to the Russian Ministry of Internal Affairs. 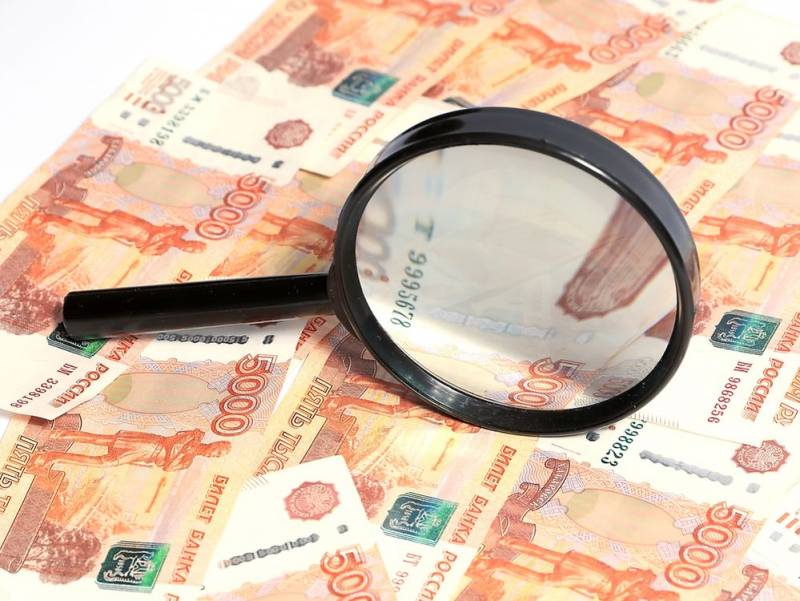 I got acquainted with the document RBC, which turned out to be a copy. Its identity is confirmed by a source from Rosfinmonitoring itself (financial intelligence). The assessment was made in accordance with the recommendations of the Financial Action Task Force on Money Laundering (FATF). 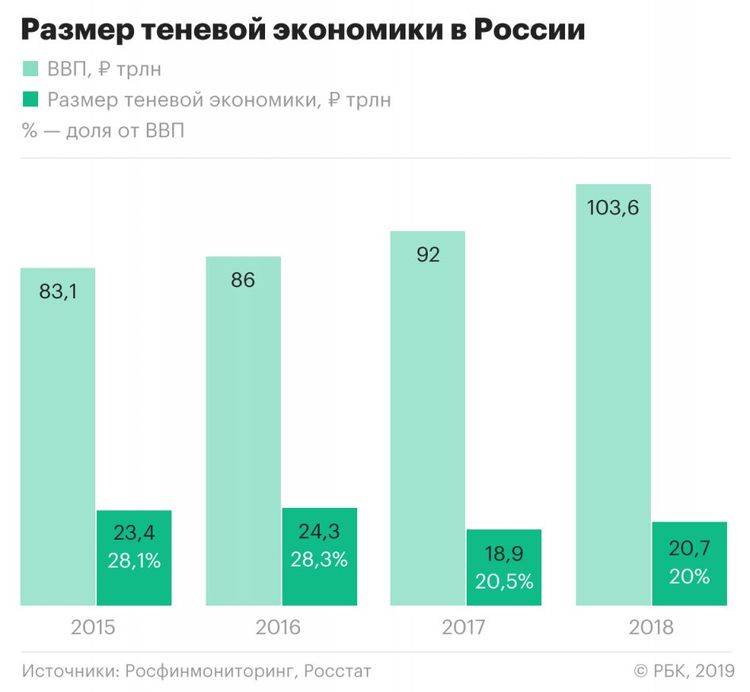 According to Rosfinmonitoring, the expenditures of the entire federal budget for 2019 amount to 18 trillion. rub. That is, the volume of the shadow economy exceeds the federal budget.

Financial intelligence officers clarify that in recent years, the volume of suspicious money withdrawn abroad has significantly decreased, and the flow of shadow financial flows from abroad to Russia has also “significantly decreased”. Although the paper itself does not provide an assessment methodology.

Rosfinmonitoring is now completing preparations for the fourth round of evaluation by the FATF. International experts will appreciate technical the country's compliance with the FATF recommendations and the effectiveness of the state in combating money laundering and combating the financing of terrorism. The previous FATF audit was carried out in 2008, then a number of shortcomings were identified that led to the establishment of Russia for regular monitoring.

We are in Yandex Zen
It's important
0
The oligarchs promised the government 2 trillion investments
Russia will live with a surplus budget: the “three-year plan” approved by the Federation Council
Reporterin Yandex News
Read Reporterin Google News
1 comment
Information