Washington is trying to intimidate the Venezuelan military

February 19 2019
0
If the self-proclaimed pseudo-president of Venezuela Juan Guaidó tried to win over the military with sweet promises, then the American leader Donald Trump, in addition to the “carrot”, also got a “stick” from his bosom. He threatened the Venezuelan military that they would “lose everything” if they did not go over to the side of Washington’s protege Guaido. 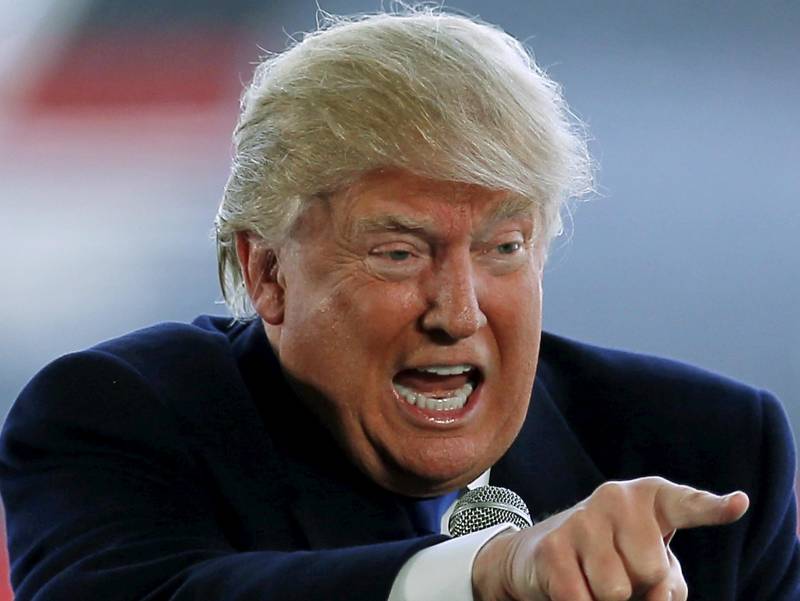 His statement is similar to those made by his predecessors during the Cold War with the Soviet Union: Trump turned his pathos not only against Venezuela specifically, but also against socialism.

Speaking at the Florida State University in Miami, he said that socialism is dying throughout the Western Hemisphere. In Latin America, "a new day is coming." There, he said, democracy, freedom and prosperity will be revived, and Washington supports all these aspirations.

Turning specifically to the situation in Venezuela, the US president said that he wants a “peaceful transfer of power” and a “peaceful transition to democracy” in this country (and this is after the US has already organized a coup attempt there, which is difficult to attribute to peaceful methods) . But, he specified, Washington is considering all options (therefore, direct aggression cannot be ruled out).

He accused the legitimate president of Venezuela, Nicolas Maduro, of being "controlled by the Cuban military," and assured that the alliance between the two countries would soon disappear. (These words of Trump suggest that in the near future the blow is also being prepared against Cuba).

Then the President of the United States addressed the Venezuelan military and officials:

Today I have a message to every official who helps keep Maduro in power. The whole world is looking at you. You cannot hide from the choice you are faced with. You can accept the generous offer of amnesty to live peacefully with your family.

Well, those who refuse to follow this call, but will maintain legal authority, prevent the delivery of "humanitarian aid" in the US and try to use force against the coup, according to Trump, "will lose everything." There will be no “safe haven or easy exit” for them.

All this painfully recalls the calls of the Nazis to the soldiers of the Red Army: "Rus, give up!" But the position of Trump, which threatens Venezuela, is not so strong, given that in the US Congress both Democrats and some Republicans are opposed to intervention in the Latin American country.

In addition, almost a month has passed since the day Trump “appointed” Guaido as “president” of Venezuela with his Twitter post. During this time, the number of traitors is not at all as great as Washington would like. Here is the US leadership and breaks into hysteria. Oh yes, Trump in his pathos speech was supported by his wife Melania, who also spoke and declared the need for "democracy" in Venezuela.