Russian Tu-95MS circled around Japan for about 15 hours

February 16 2019
4
On February 15, 2019, two strategic missile carriers Tu-95MS of the Russian Aerospace Forces completed a planned flight over the neutral waters of the Japan and Okhotsk Seas, as well as the western part of the Pacific Ocean. Maintenance and air cover (protection) of the "strategists" was carried out by Su-35S fighters. This is reported by the Russian Ministry of Defense on its official website. 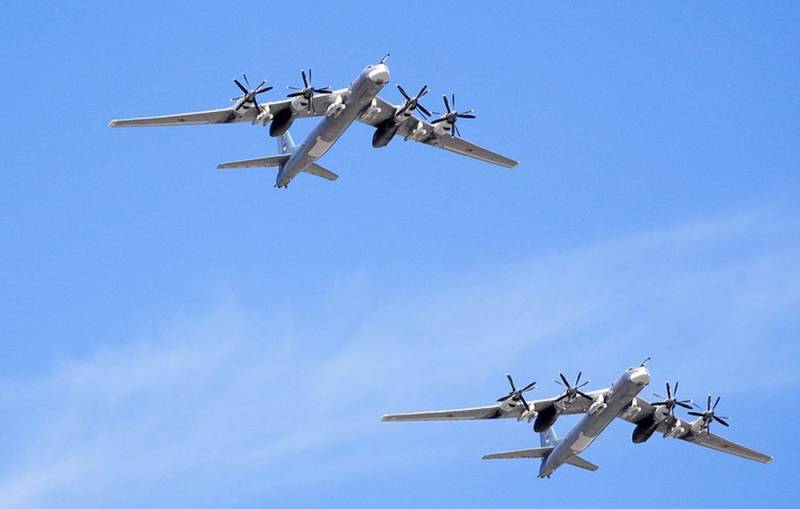 It is reported that the flight duration was more than 15 hours. During the flight, the crews refuel in the air. But on separate sections of the route, Russian missile carriers were accompanied by Japanese self-defense fighter aircraft.


It should be noted that Russian Long-Range Aviation performs such flights regularly. They often fly over the neutral waters of the Arctic, Atlantic, Black Sea, Pacific Ocean. For example, recently we Reportedwhat a stir occurred in the USA and Canada when the Tu-160 performed a seemingly routine flight in the Arctic. Moreover, all flights are carried out in strict accordance with the International Rules for the Use of Airspace, so that there can be no complaints against Russia, because Russian military planes do not violate the air borders of other states.

It should be added that since August 2018, at the Yasniy airfield, located on Iturup Island (South Kuril Islands), there is a permanent link of "steel birds" of the Su-35S VKS of Russia. In this connection, Tokyo does not cease to express “deep regrets” and other sadness in this regard.
Ctrl Enter
Noticed oshЫbku Highlight text and press. Ctrl + Enter
We are
The commotion in the Arctic: Russian Tu-160 scared the US Air Force and Canada
Tu-160 over the Caribbean: video published
Reporterin Yandex News
Read Reporterin Google News
4 comments
Information
Dear reader, to leave comments on the publication, you must sign in.