February 4 2019
3
French President Emanuel Macron, in an interview with the French edition of Le Point, announced the intervention of RT and Sputnik in the situation with the protests of the "yellow vests", after which he placed the fascists, ultra-left radicals and Russians on a par. It turns out that President Macron actually accused Russia of interfering in the internal political crisis in the Fifth Republic. 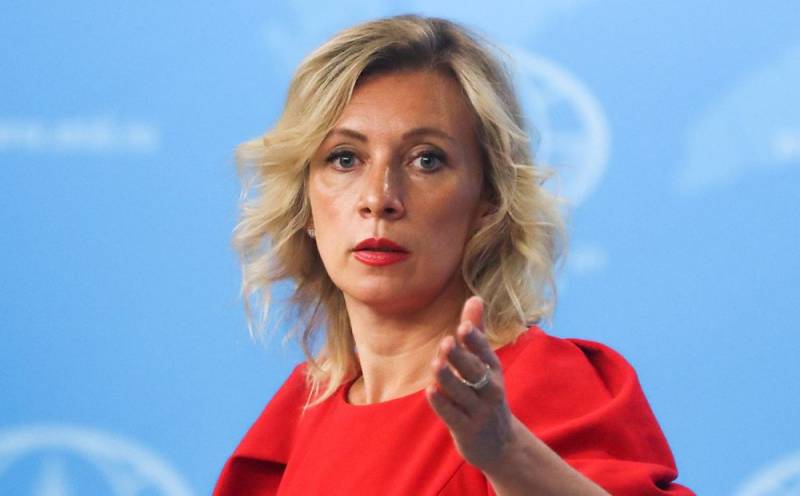 The official representative of the Russian Foreign Ministry, Maria Zakharova, commented on the publication of Le Point with quotes by Emmanuel Macron on his page on the social network Facebook. At the same time, she drew attention to the fact that Macron is the most important producer of fakes in her country.

If this material conveys everything accurately (and, as I already told reporters, we will formally request the French side, both in Moscow and Paris), then President Macron is France’s main producer of fake News, and all his activity in the field of the fight against this evil is a sham
- wrote Zakharova.

For example, Macron believes that the "pro-Kremlin" media are manipulating French colleagues through social networks. They allegedly are buying up accounts on social networks, trying to destabilize France via the Internet. At the same time, instead of interviewing current French officials, the media communicate incomprehensibly with whom.

And it turns out that some moron in a yellow vest has the same status as a minister or deputy
- quotes Macron Leron verbatim.

As for Macron’s statement about “buying up accounts”, Zakharova answered simply - this is a lie. Since the Russian side has repeatedly asked the French side to provide at least some evidence of such accusations, but Paris still has a touching silence.

Regarding Macron’s words about “idiots in yellow vests” that appear in the media more often than officials, Zakharova said that the Champs Elysees itself forbids officials to communicate with these media.

In addition, Zakharova drew attention to the quote of Macron, in which he put on a par with the Nazis and Russians. At the same time, she found a logical explanation for all this, which is difficult to disagree with.

Fourthly, the staging of Nazis and Russians in one row is either a rare meanness or total illiteracy. By the way, a successful combination of one person’s two qualities at the same time is possible. If the President of France wants to draw historical parallels, then it is better to compare Hitler with Napoleon. We will help with materiel
- stressed Zakharova.

It must be recalled that the mass protests of the movement of the "yellow vests" in France have not stopped since mid-November 2018. By the way, it became known that Macron decided to hold a referendum to overcome the crisis caused by these protests. Roughly a referendum may take place on May 26, 2019, simultaneously with the elections to the European Parliament. However, it is not yet known exactly what questions will be in the ballot at the referendum. Will the plan conceived by Macron, we will know soon.
Ctrl Enter
Noticed oshЫbku Highlight text and press. Ctrl + Enter
We are
Italy openly supported the Yellow Vests uprising
French police may go to the side of the protesters
Reporterin Yandex News
Read Reporterin Google News
Ad
The publication is looking for authors in the news and analytical departments. Requirements for applicants: literacy, responsibility, efficiency, inexhaustible creative energy, experience in copywriting or journalism, the ability to quickly analyze text and check facts, write concisely and interestingly on political and economic topics. The work is paid. Contact: [email protected]
3 comments
Information
Dear reader, to leave comments on the publication, you must to register.
I have an account? Sign in