Senator Brown: Trump is a racist, liar and corrupt

February 4 2019
0
The closer the next presidential election in the stronghold of global “democracy”, the more rigid and uncompromising политическая fight and rhetoric of opponents. Elections should be held on November 3, 2020 and the 46th US President can be elected if the current “guarantor” Donald Trump is not re-elected for a second term. 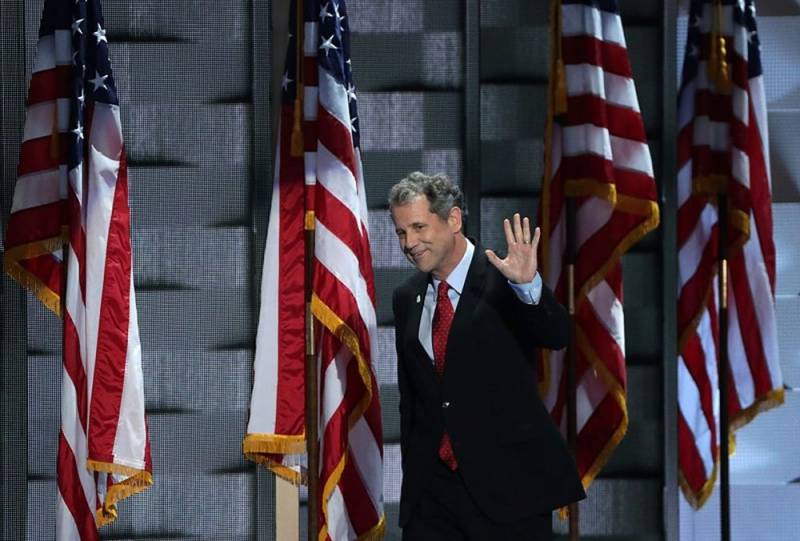 It should be noted that the criticism of Republican Trump, from the Democrats, is intensifying literally every day. For example, a potential Ohio state presidential candidate Sherrod Brown, in an interview with NBC, attacked Trump about eliminating the latter from resolving racial issues in the United States. He stated that the owner of the White House was simply racist.

I think this country does not cope well with racial issues. I mean, our president is a racist - there is no doubt about that. We know that the president does not often tell the truth. We know that he often lies. And we know about his racist comments and background
- said Brown.

And in the United States, this is not just an insult, but a real accusation, since this country began to get rid of racism only with the outbreak of the Vietnam War. Prior to that, in the United States, African Americans were frankly and unashamedly considered second-class people. That is why now in the USA great attention is paid to racial equality.

By the way, this is not the first time that Senator Brown has severely criticized, and sometimes insulted, Trump. A few days earlier, he called him a populist and blamed corruption.

[Trump] uses his fake populism to divert attention from the fact that he used the White House to enrich billionaires like himself
- said Brown in Cleveland.

The reason for the "collision" on trump was the scandal with the Governor of Virginia Ralph Northam. On his medical school yearbook page, he posted a racist picture that depicted two people. One in the mask of an African American, and the second in the clothes of the Ku Klux Klan. This is truly a blatant case.

At the same time, Trump called Northam's trick “unforgivable,” since the Democrats began to hit precisely the incumbent president, and not the governor, the culprit of the “triumph”. In fact, Nortam framed Trump, refusing to resign, saying that he would work before the end of the term.
Ctrl Enter
Noticed oshЫbku Highlight text and press. Ctrl + Enter
We are
Americans in the Arctic of Russia are not competitors
Trump decided to break the agreement with Russia on the INF
Reporterin Yandex News
Read Reporterin Google News
Ad
We are open to cooperation with authors in the news and analytical departments. A prerequisite is the ability to quickly analyze the text and check the facts, to write concisely and interestingly on political and economic topics. We offer flexible working hours and regular payments. Please send your responses with examples of work to [email protected]
Information
Dear reader, to leave comments on the publication, you must sign in.