Should we expect the US Army to invade Venezuela?

January 28 2019
1
A conversation took place between US President Donald Trump and Senator Lindsay Graham regarding the situation in Venezuela. This was reported by the American publication Axios, which published an interview with the senator. 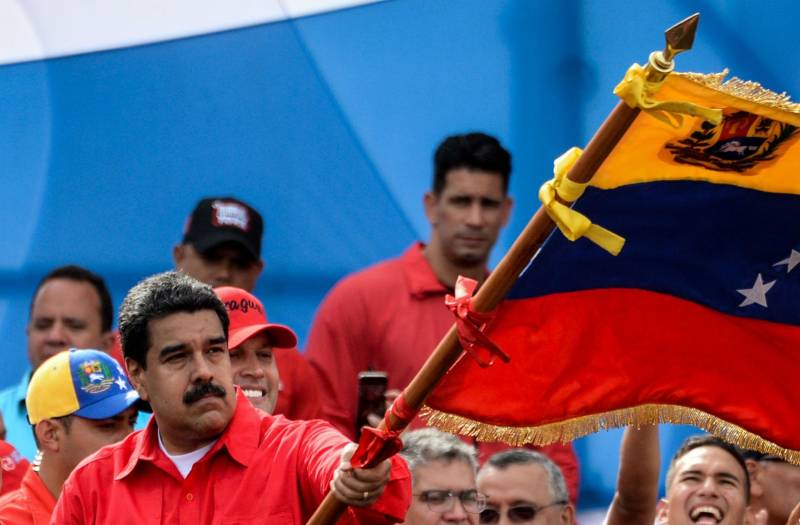 During the conversation, Trump consulted about the use of military force against Caracas. Graham said that one should be careful in this matter, since such a solution could entail problems. In response, the American president reminded the senator that he, as a rule, favors forceful decisions, for invading somewhere.

I don’t want to invade everywhere, I want to use the army only when our national security interests are threatened
Graham emphasized (who, incidentally, is one of the opponents of the withdrawal of American troops from Syria). The senator added that Trump is a “hawk” on the Venezuelan issue.

At the same time, the publication itself assumes that American troops will not enter Venezuela in the near future. It is about the use of other instruments of pressure on Caracas - economic and diplomatic. For example, one of the measures will be the transfer of arrested Venezuelan assets into the hands of the opposition forces.

Another American senator, Marco Rubio, in an interview with CNN, said that he did not know any American politicianswho would support the idea of ​​a military invasion of Venezuela. He added that the United States defends its national security "in all parts of the world, in all cases." At the same time, the senator noted that in this case he does not intend to seek justification for a potential intervention.

It should be noted that Rubio either did not hear the statements of his compatriot politicians, or he was openly disingenuous. Calls for military action against the Venezuelan authorities were heard from Secretary of State Mike Pompeo, and then repeated by US Presidential Advisor on National Security John Bolton. According to him, Washington can take military measures if the Venezuelan authorities use force against the opposition or against American diplomats.

The legal president of Venezuela, Nicolas Maduro, believes that American intervention is being prepared in his country.

Today, the United States is planning an invasion of Venezuela. The American Empire approved a plan of invasion of Venezuela with the help of Trojan horses and representatives of the right-wing forces who are traitors
- said the president in his address to the National Armed Forces.

In this regard, the position of NATO Secretary General Jens Stoltenberg looks particularly hypocritical, who said on Fox News that the most important thing is to prevent a civil war in Venezuela. Meanwhile, it is the NATO countries (primarily the USA) that do everything in order to foment war.

So, earlier the authorities of France, Germany, Spain, Britain and the Netherlands actually issued an ultimatum to Caracas, demanding the holding of early presidential elections. Otherwise, they threaten to recognize the opposition leader Juan Guaido as the “president" of Venezuela. This shameless demand, which cannot be regarded otherwise than as gross interference in internal affairs, was rejected by the authorities of the Latin American state.
Ctrl Enter
Noticed oshЫbku Highlight text and press. Ctrl + Enter
We are
Russia does not recognize the "new president" of Venezuela
US may support Turkey against Kurds
Reporterin Yandex News
Read Reporterin Google News
Ad
We are open to cooperation with authors in the news and analytical departments. A prerequisite is the ability to quickly analyze the text and check the facts, to write concisely and interestingly on political and economic topics. We offer flexible working hours and regular payments. Please send your responses with examples of work to [email protected]
1 comment
Information
Dear reader, to leave comments on the publication, you must sign in.