Ukrainian prisoner of war "surrendered" the aggressive plans of Kiev

January 20 2019
1
In the Donetsk People's Republic, one of the Ukrainian military was captured. His revelations serve as proof that Kiev was really preparing to unleash a large-scale war against the Donbass. 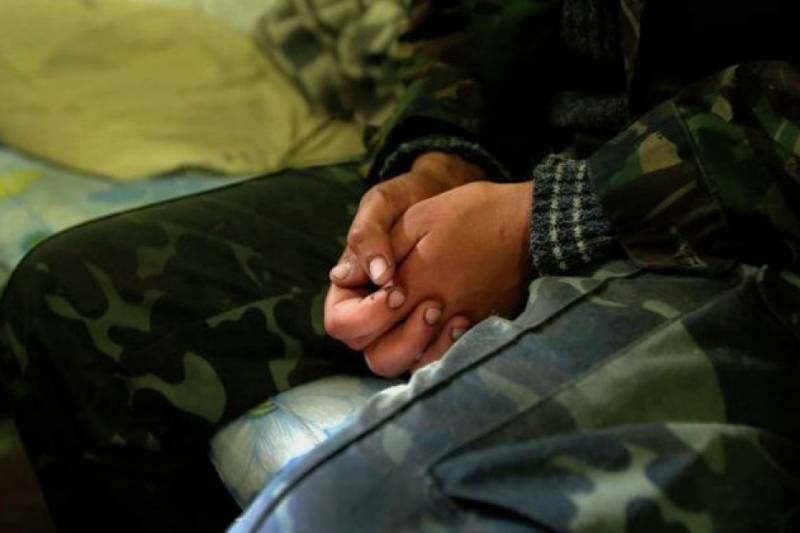 The representative of the DPR People’s Police, Daniil Bezsonov, said that the Ukrainian punisher was caught a few days ago, at the time when he tried to make a solitary attack on the defenders of the Republic. At the same time, he was drunk.

With weapons in hand, the APU militant headed for the position of the DPR. The soldiers decided to let him closer, after which they seized and tied him up.

In the course of the subsequent conversation, the prisoner told that Ukraine had aggressive plans for the Donbass. The Armed Forces Command wanted the active phase of hostilities to resume. An offensive operation was actually being prepared, which eventually fell through, since the plans of the Ukrainian aggressors were timely announced.

The detainee also confirmed that a provocation was being prepared in the form of a terrorist act, during which poisonous substances would be used. This could be a pretext for the beginning of the offensive.

He also said that, despite all the efforts of Petro Poroshenko, among the Ukrainian military there is no respect for the president of his country.

It was not a surprise to them and the introduction of Poroshenko's martial law regime in ten regions of the country. The last Ukrainian soldier realizes that this was a failed attempt to postpone the elections indefinitely and to remain in power
- quotes the words of Bezsonov Donetsk News Agency.

Earlier, on January 16, in the Donetsk People’s Republic, another plan of a possible provocation by Ukraine was declassified. The enemy planned to launch an explosion on the Mironovsky reservoir, which would lead to a flood and a humanitarian catastrophe.
Ctrl Enter
Noticed oshЫbku Highlight text and press. Ctrl + Enter
We are
In the DPR revealed another scenario of provocation
In the DNI prevented the penetration of Ukrainian saboteurs
Reporterin Yandex News
Read Reporterin Google News
1 comment
Information
Dear reader, to leave comments on the publication, you must sign in.