In Ukraine, they are afraid that a showman will become president

January 13 2019
2
The candidacy of showman Vladimir Zelensky, who is about to run for president of Ukraine, is beginning to be taken more and more seriously. Of course, it is unlikely that the artist will win the election. But Ukraine is an unpredictable country and even the most paradoxical scenarios of the development of events should not be ruled out. 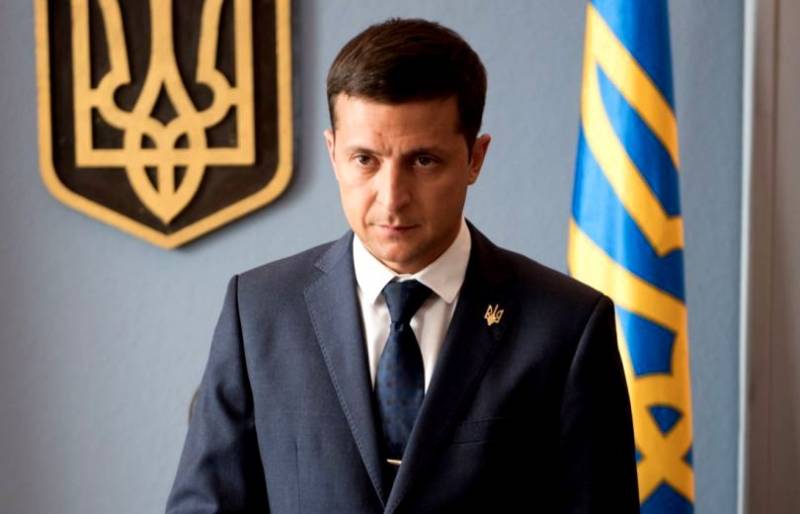 41-year-old Vladimir Zelensky before the famous events of autumn 2013 - winter 2014. was known as an actor, comedian and artistic director of the studio "Quarter-95". Then he supported the Maidan. Since that time, Zelensky began to actively promote political activist, visiting the war zone in the Donbass and transferring significant amounts of money to support the ATO.

Some polls highlight Zelensky as the second-rated candidate for president. However, it is worth noting that many respondents to the polls may say that they are for Zelensky as a joke, but actually support other candidates.

Nevertheless, Ukrainian experts are already seriously discussing the showman's chances. So, the director of the Kiev Center for Political Studies and Conflictology, Mikhail Pogrebinsky, thought about the possible risks of electing Vladimir Zelensky to the post of head of state:

Political experience suggests that such people are dangerous because they do not have stable worldviews and may turn out to be a toy in the hands of experienced schemers. Moreover, it is known that he is patronized by a very experienced schemer who can play some kind of double, triple, quadruple game.
Ctrl Enter
Noticed oshЫbku Highlight text and press. Ctrl + Enter
We are
Why did Poroshenko arrange a conversation for presidential candidate comedian Zelensky?
Why did Poroshenko contact Zelensky
Reporterin Yandex News
Read Reporterin Google News
Ad
We are open to cooperation with authors in the news and analytical departments. A prerequisite is the ability to quickly analyze the text and check the facts, to write concisely and interestingly on political and economic topics. We offer flexible working hours and regular payments. Please send your responses with examples of work to [email protected]
2 comments
Information
Dear reader, to leave comments on the publication, you must sign in.