January 11 2019
0
The Russian Foreign Ministry condemned the United States for interfering in the internal affairs of Venezuela and for encroaching on its sovereignty. Washington’s attempts to dictate to Caracas which particular authority is legitimate and which not have been criticized. 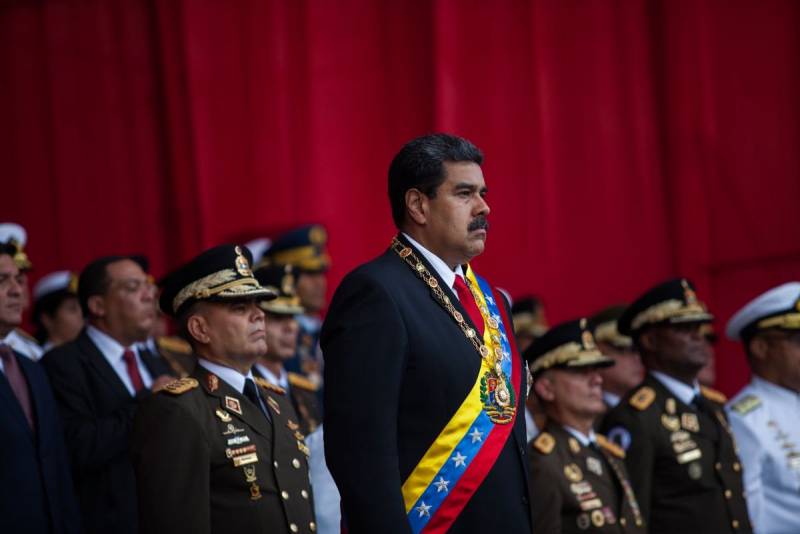 In addition, the Foreign Ministry noted that the tightening of US sanctions against this country has a negative impact on ordinary Venezuelans.

Washington’s shameless line on the unconstitutional formation of alternative government structures of Venezuela, attempts, ignoring reality, to legitimize some Venezuelan authorities and refuse to do so, delaying the sanction stranglehold, which worsens the socio-economic situation and painfully hurts ordinary Venezuelans, can be blatant encroachment on sovereignty of Venezuela

Thus, the Foreign Ministry reacted to the actions of US Secretary of State Mike Pompeo. The latter spoke on the phone with one of the Venezuelan opposition - the recently elected President of the National Assembly of the country, Juan Guaido.

January 10, Nicholas Maduro took office as head of state. He was elected for a second term during the elections held on May 20 last year. The United States has repeatedly attempted to overthrow it. The anti-Venezuelan campaign and opposition support from Washington continues.
Ctrl Enter
Noticed oshЫbku Highlight text and press. Ctrl + Enter
We are
Venezuela protests American intervention
Pompeo accused Russia of squandering
Reporterin Yandex News
Read Reporterin Google News
Ad
We are open to cooperation with authors in the news and analytical departments. A prerequisite is the ability to quickly analyze the text and check the facts, to write concisely and interestingly on political and economic topics. We offer flexible working hours and regular payments. Please send your responses with examples of work to [email protected]
Information
Dear reader, to leave comments on the publication, you must sign in.