Is Putin ready to fall into a geopolitical trap?

January 10 2019
8
On January 21, the next, already 25th, meeting of the President of the Russian Federation Vladimir Putin and the Prime Minister of Japan Shinzo Abe will take place. It will certainly touch upon the issue of the disputed islands that belong to Russia. Moscow considers them part of its Kuril ridge, and Tokyo calls it “northern territories” and native Japanese lands. 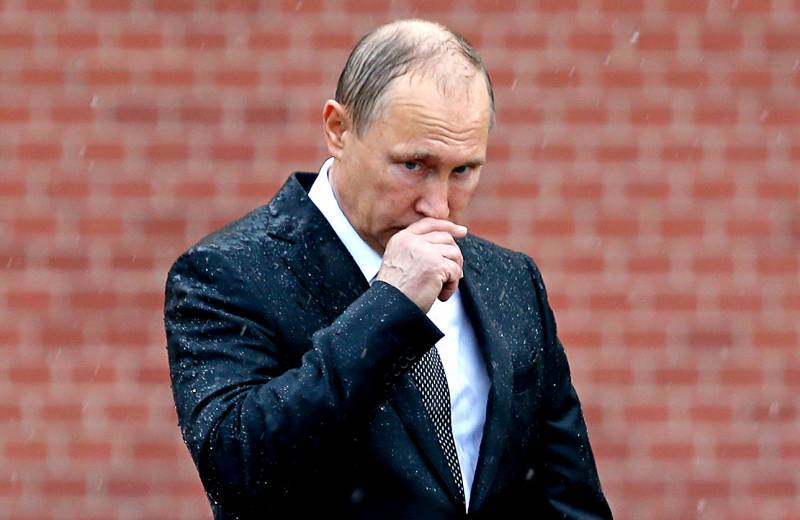 Shortly before that, on November 14, 2018, representatives of Russia at a meeting in Singapore agreed with Tokyo's proposal to take the 1956 Soviet-Japanese declaration as the basis for further negotiations. Peskov, commenting on this decision, said that Russia would not conduct any automatic transfer of territories. In other words, the transmission will be non-automatic?

Although it is difficult for an ordinary citizen to understand all these subtleties, people understood the very essence of the issue: the country's leadership decided to give away or sell part of the Russian territory abroad. Therefore, in December 2018, protest rallies against the transfer of the South Kuril Islands to Japan were held in Yuzhno-Sakhalinsk. They were supported in Moscow and some other regions of the country.

But what is the essence of the 1956 declaration, and how is it related to the distribution of the islands?

Soviet-Japanese declaration of 1956 and its consequences

The document was signed in Moscow. He proclaimed the end of hostilities between the USSR and Japan in World War II, as well as the resumption of cooperation and good neighborly relations. Diplomatic contacts were also restored.

The document also indicated that the USSR refused Japanese reparations, applied for this country to join the UN, freed all Japanese prisoners and sent them to their homeland.

The parties agreed to refuse all territorial and other claims from each other. In addition, the USSR was supposed to return the island of Shikotan and the Habomai Islands to the Japanese immediately after the conclusion of a peace treaty, which they were going to draft immediately after signing the joint declaration.

But then everything went not according to plan. Under US pressure, Japan refused to conclude a peace treaty, as it began to demand the return of not only the territories indicated in the declaration, but also the islands of Kunashir and Iturup.

Then in 1960 there was a chain of events that put an end to the Soviet-Japanese declaration. Moscow hoped that Japan would become a neutral, demilitarized state, but it wasn’t there.

On January 19, 1960, the Japanese sign an Interaction and Security Treaty with the United States, in which they allow Americans to deploy troops and military bases on their territory. A week later, the USSR announced that it would not resume negotiations on the transfer of the Shikotan and Khabomai islands, as American troops could be deployed there, threatening the security of the Soviet Union.

And in February of the same year, a memorandum appeared by the Japanese government stating Tokyo’s intention to get the Soviet Union to transfer not only Shikotan and Habomai, but also other lost territories. It was the last nail in the coffin of the Soviet-Japanese declaration of 1956.

What are Putin and Abe agreeing to

It would seem that the issue of the disputed islands has long been settled, but it seems that everything is just beginning. It should be borne in mind that at the moment, due to some misunderstanding, the Soviet-Japanese declaration of 1956 is still considered a valid document. And although the Japanese side grossly and regularly violates the provisions of the document, making territorial claims, it is she who refers to him in further negotiations. Of course, she is only interested in the clause on the transfer of Habomai and Shikotan.

The most flagrant violation of the declaration can be considered the series of constitutional amendments adopted in 2009 by the Japanese parliament, which clearly indicates the belonging of the South Kuril Islands to Japan. These actions of Tokyo can be considered a return to the Land of the Rising Sun of the spirit of Japanese militarism.

The Russian Foreign Ministry reacted to them in the most severe terms. In his statement, he not only “drew attention”, but also recognized the steps of the Japanese as “inappropriate and unacceptable.” It's almost as tough as “expressing concern.”

Tokyo was so impressed with this “attention” that the upper house of the Japanese parliament immediately ratified the adopted amendments, and unanimously.

And after Japan actually crushed the joint declaration of 1956, she turned to Russia with a proposal to take it as a basis for future negotiations. And a miracle happens - Russia agrees with the Japanese proposal.

If we go along this path, then the next steps will be the signing of a peace treaty with Japan, and then the transfer of the Shikotan and the Habomai Islands to it. For starters, since Tokyo has officially proclaimed a course for the return of all lost territories.

Of course, the absence of a peace treaty with Japan is a big gap that needs to be urgently filled. And then proceed to conclude the remaining peace treaties. For example, with Germany, giving her Kaliningrad. Then with the successors of the Golden Horde, returning to them what they will ask. There is no end to work here.

This begs the question. Does Putin really not understand what kind of geopolitical trap he might fall into, or has he developed a cunning plan? After giving the islands to the Japanese (and that’s all), he will create a very dangerous precedent that could lead to a real catastrophe.

In addition, such a step would be an insult to the memory of the millions who died in World War II, because we are talking about revising its results.

Or maybe it would be more correct for the Federal Assembly of the Russian Federation to denounce the joint declaration of 1956 as having lost force due to systematic violations by the Japanese side, moreover, urgently? So Moscow will close this question forever.

And such a decision will not only be beneficial for Russia, but also fully consistent with international legal standards.
Ctrl Enter
Noticed oshЫbku Highlight text and press. Ctrl + Enter
We are
The Kuril issue is actually resolved: Russia is losing two islands
How did the Kuril Islands share: background
Reporterin Yandex News
Read Reporterin Google News
Ad
The publication is looking for authors in the news and analytical departments. Requirements for applicants: literacy, responsibility, efficiency, inexhaustible creative energy, experience in copywriting or journalism, the ability to quickly analyze text and check facts, write concisely and interestingly on political and economic topics. The work is paid. Contact: [email protected]
8 comments
Information
Dear reader, to leave comments on the publication, you must to register.
I have an account? Sign in