The law on sanctions against Russia, Iran and Syria was blocked in the US Senate

January 9 2019
0
On January 8, 2019, the US Senate “stalled” on the bill under the loud and promising title of “Strengthening America’s Security in the Middle East.” Of the 100 senators, the bill has support only in 56, with the required 60 votes. 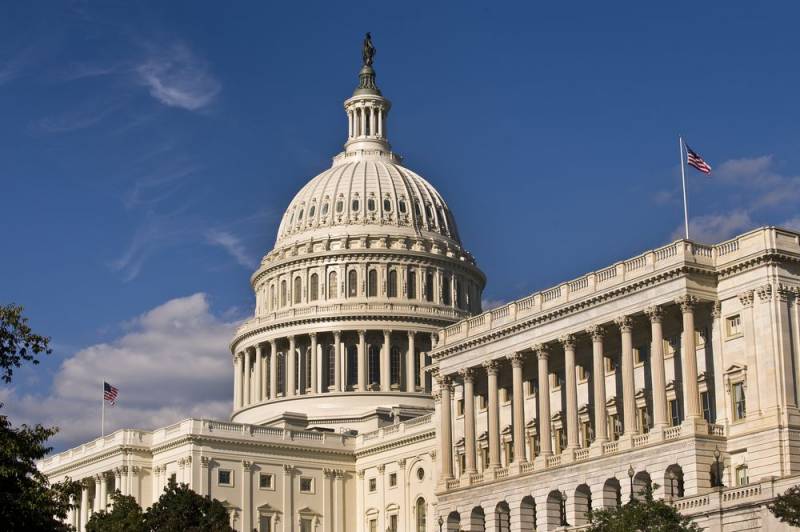 However, Republican leader in the upper house of parliament, Mitch McConnell, introduced the document for a new review. But the Democrats refuse to consider it, as in any other bills, until the so-called “shutdown” in the country ceases.

The thing is that in the United States since December 22, 2018, due to budget problems, a number of federal departments have stopped working (or are working with severe restrictions). This happened because US President Donald Trump wanted to include an additional $ 5,6 billion in the budget. He needed them to build the promised wall on the border with Mexico. And now, against this initiative, the democrats have become a kind of wall.

It should be noted that the bill on "Strengthening the Security of America in the Middle East" proposes to enforce various sanctions against Damascus in the form of a law, acting on the basis of decrees of the US president, which the head of state himself cannot cancel without congressional approval. Moreover, the document provides for various restrictions on Russia and Iran, as the closest allies of Syria.

Sanctions include not only military issues (contractors, paramilitary groups, aircraft, etc.), but virtually any cooperation with the Syrian government, including hydrocarbon production. This is a gross interference in the activities of other states, in the form of protecting the inhabitants of Syria. Indeed, the bill expressly spells out that it is Russia, along with the authorities of Syria and Iran, that conducts air strikes against civilians and civilian objects of this country.

But article 331 states that sanctions can be suspended if Moscow, Damascus, and Tehran cease such actions, as well as if this is in the "national security interests" of the United States. At the same time, the bill obliges the President of the United States to submit to Congress a strategy for providing humanitarian assistance to the population of Syria, and the US Treasury to establish whether the Central Bank of Syria is engaged in money laundering and, if so, to impose sanctions against it.

At the same time, the same bill provides for defense and other cooperation with Israel and Jordan. For example, the program of assistance to Israel is extended until October 2023, and its annual size should be at least $ 3,3 billion. The US President also receives permission to supply high-precision weapons to Tel Aviv. Cooperation in the space sector, the fight against the illegal use of drones and assistance to developing countries are envisaged.
Ctrl Enter
Noticed oshЫbku Highlight text and press. Ctrl + Enter
We are
Trump is ready to introduce a state of emergency in the United States
USA: the fight against immigrants was more important than the confrontation with Russia
Reporterin Yandex News
Read Reporterin Google News
Ad
We are open to cooperation with authors in the news and analytical departments. A prerequisite is the ability to quickly analyze the text and check the facts, to write concisely and interestingly on political and economic topics. We offer flexible working hours and regular payments. Please send your responses with examples of work to [email protected]
Information
Dear reader, to leave comments on the publication, you must sign in.