January 7 2019
0
US President Donald Trump said he was considering introducing a state of emergency in the country. A formal reason for the implementation of this measure may be the situation around the construction of a wall on the border with Mexico. 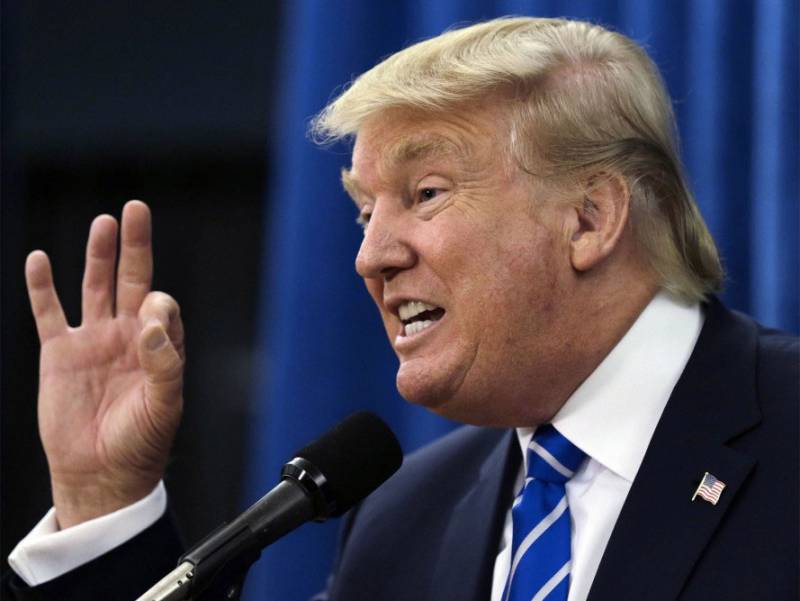 Even during his election campaign, Trump repeatedly spoke out for the need to limit migration flows from Central America. The border wall is one of the key points of his presidential program. But in this case, its construction is only a formal reason for the possible introduction of a state of emergency.

In fact, Trump's task is to overcome the resistance of the US Congress to the implementation of its program. The wall is just an excuse. Now the US Democratic Party is stubbornly resisting any attempts to build the wall, although the cost of this structure is estimated at only $ 5,6 billion, which is completely insignificant money for Washington.

It turns out that the question of building a wall is of fundamental importance for Trump in terms of confirming his worth as a president implementing a given program, and for Democrats, as a way to tell the head of state that he needs to listen to the opinion of Congress.

So, already now the conflict between the president and Congress over the budget of the country has gone very far. During the conflict, the activities of federal ministries and departments were virtually blocked, which in itself is a big problem for the smooth functioning of the US state system.

If Trump manages to introduce a state of emergency, he will receive very serious powers, and his administration will turn into virtually the only authority in the country. True, of course, this will give his opponents the opportunity to accuse the president of usurping power. And the reason for introducing an emergency was not very solid.
Ctrl Enter
Noticed oshЫbku Highlight text and press. Ctrl + Enter
We are
USA: the fight against immigrants was more important than the confrontation with Russia
Trump is ready to use the army against refugees
Reporterin Yandex News
Read Reporterin Google News
Ad
We are open to cooperation with authors in the news and analytical departments. A prerequisite is the ability to quickly analyze the text and check the facts, to write concisely and interestingly on political and economic topics. We offer flexible working hours and regular payments. Please send your responses with examples of work to [email protected]
Information
Dear reader, to leave comments on the publication, you must sign in.