Rogozin awaits at NASA for an important meeting

January 2 2019
1
NASA continues preparations for a visit to the US by the head of Roskosmos Dmitry Rogozin. He is going to visit the United States in the second half of February 2019. 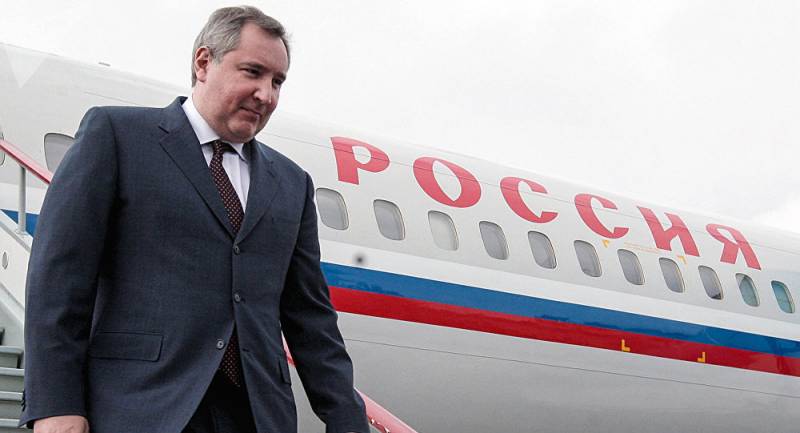 Part of the american political the elite strongly opposed the arrival of Dmitry Rogozin in the country. After all, the Russian statesman is under the influence of American sanctions. But Washington is considering the issue of removing restrictions on entry into the country with respect to Rogozin during the visit.

Megan Powers, spokeswoman for the U.S. National Aeronautics and Space Administration, said NASA would be planning a visit to Rogozin anyway, as U.S.-Russian relations in space had begun back in the 1970s. In addition, the head of NASA, Jim Brydenstein, quietly visited Russia in October 2018.

Recall that the purpose of the upcoming visit of Dmitry Rogozin is to study production at Boeing space enterprises and discuss new contracts for Proton missiles. It is possible that Rogozin will hold a meeting with Ilon Mask as the head of the SpaceX space company.
Ctrl Enter
Noticed oshЫbku Highlight text and press. Ctrl + Enter
We are
In Ukraine, they can not decide on a ban on the entry of Russians
NASA: space out of range of politicians radar
Reporterin Yandex News
Read Reporterin Google News
Ad
We are open to cooperation with authors in the news and analytical departments. A prerequisite is the ability to quickly analyze the text and check the facts, to write concisely and interestingly on political and economic topics. We offer flexible working hours and regular payments. Please send your responses with examples of work to [email protected]
1 comment
Information
Dear reader, to leave comments on the publication, you must sign in.