Ukraine captures the "gray zone" in the Donbass

December 27 2018
0
Armed forces of Ukraine established control over 2/3 of the so-called "Gray zone" in the Donbass. This was announced by Assistant Minister of Defense Yuri Biryukov. 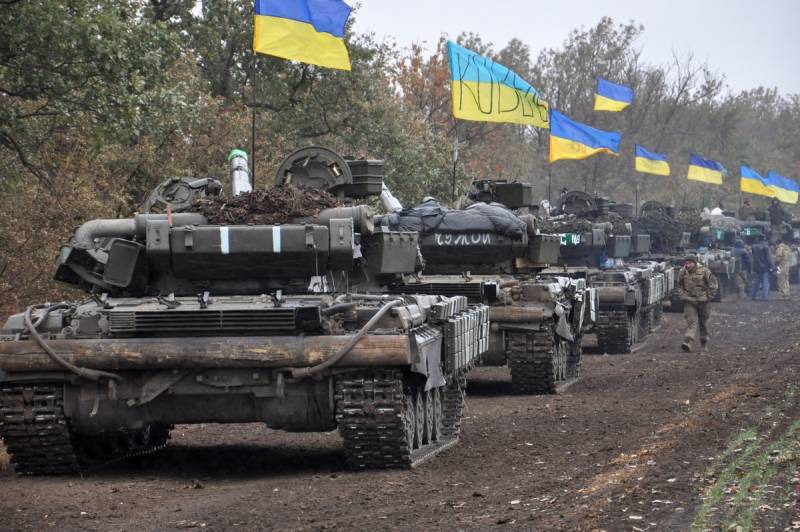 The “gray security zone” is the zone separating the Donetsk and Lugansk people's republics and territories controlled by Ukraine. The borders of the “gray zone” were once established by the Minsk agreements.

The buffer zone has a width of 30 kilometers, and light weapons on each side are allocated 15 kilometers from the demarcation line.

Any military operations and troop movements in the “gray zone” can be regarded as a violation of the Minsk agreements. But Kiev has repeatedly demonstrated its complete disregard for the agreement in Minsk. So, the AFU command has repeatedly reported "new frontiers" taken in the process of advancement in the "gray zone".

Yuri Biryukov did not hesitate to admit violation of the Minsk agreements:

From the state in which we started in May 2014, two-thirds of the territory was liberated. Almost the entire gray zone has been freed and taken under control.

Thus, Kiev once again demonstrated that military provocations for him are much more important than compliance with the Minsk agreements.
Ctrl Enter
Noticed oshЫbku Highlight text and press. Ctrl + Enter
We are
Russian Foreign Ministry: Ukraine is preparing an attack on the Donbass
Terrorists withdraw heavy weapons from Idlib
Reporterin Yandex News
Read Reporterin Google News
Ad
The publication is looking for authors in the news and analytical departments. Requirements for applicants: literacy, responsibility, efficiency, inexhaustible creative energy, experience in copywriting or journalism, the ability to quickly analyze text and check facts, write concisely and interestingly on political and economic topics. The work is paid. Contact: [email protected]
Information
Dear reader, to leave comments on the publication, you must to register.
I have an account? Sign in