December 19 2018
6
It became known that the Kiev authorities are intensely preparing their Navy for another provocation in the Kerch Strait. Indeed, it is not for nothing that they, instead of the routine notification of the captain of the Kerch port about the passage, took up media support and PR for the future action. 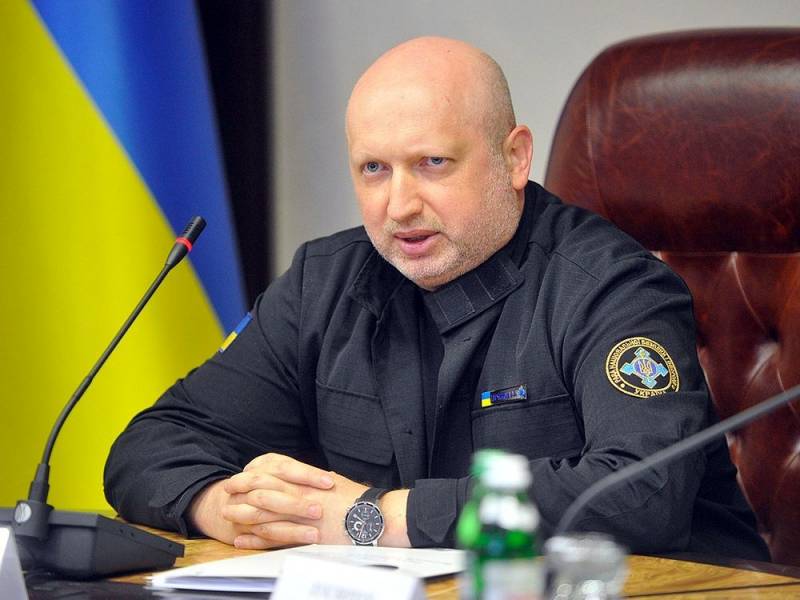 The Secretary of the National Security and Defense Council of Ukraine Oleksandr Turchynov made an announcement about the imminent passage of warships through the Kerch Strait. He reported this "BBC Ukraine", and what he said leaves no doubt about the true intentions of Kiev.

This is important for us. If we stop and retreat, Russia will actually fulfill its task of capturing the Sea of ​​Azov
- he said.

After that, he said that if Kiev recedes, then Moscow will present the world with new sea borders on the Black Sea, which it has determined for itself. This, in turn, de facto "legalizes the occupation of Crimea." Therefore, he is sure that it is impossible to hesitate with a new campaign. He made it clear that a fresh portion of Ukrainian sailors should be in pre-trial detention centers in Russia before the onset of 2019. But that's not all.

We invite our partners to take part in this passage from Ukrainian Black Sea ports to Ukrainian ports on the Sea of ​​Azov
- he specified.

The NSDC Secretary said that Kiev will invite representatives of the OSCE and other international organizations to be present on Ukrainian ships, i.e. became accomplices. He did not specify the mandates of all these gentlemen. But Turchinov wants the ships of sympathetic countries to join the Ukrainian “armada”. It would be ideal for him if the fleet of NATO countries joined the provocation in the Sea of ​​Azov.

So far, such an initiative of ours has not received an answer. But I hope that during the next passage of Ukrainian warships through the Kerch Strait, they will at least send their observers to us
- Turchinov reported.

When the attention of the leading countries of the world is riveted to this issue, Russia will tighten its tail and not dare to act aggressively
- added Turchinov.

Turchinov worries that Russia is now convicted, but not punished, for the recent "war in the Strait." Although he hoped that the toughest measures would be taken against Moscow and the whole world would take the side of Kiev. And if this is not done, then the next actions of Russia “will be even more bloody and dangerous”, and not only for Ukraine, but also for other countries.

However, such formulations raise questions about the adequacy of the Ukrainian leadership. Perhaps they are ready to destroy their own sailors in the sea and begin to blame Russia after that.

We remind you that the captain of the port of Kerch is in charge of the passage of ships, ships and other boats through the Kerch-Yenikalsky Canal, which everyone is obligated to notify in advance. Most likely, the Ukrainian authorities will consider Turchinov’s appeal to the BBC Ukraine as such a notification and will not bother the captain. So there is a high probability that after a while, what the whole world observed on November 25, 2018 will repeat. However, the Kiev authorities should understand that the order of shipping cannot be violated, because there is enough space for the entire fleet at the berth walls of the Kerch port.
Ctrl Enter
Noticed oshЫbku Highlight text and press. Ctrl + Enter
We are
Peskov: US position will not affect the fate of arrested Ukrainians
Ukrainian Navy made a breakthrough: provocation photos appeared
Reporterin Yandex News
Read Reporterin Google News
Ad
We are open to cooperation with authors in the news and analytical departments. A prerequisite is the ability to quickly analyze the text and check the facts, to write concisely and interestingly on political and economic topics. We offer flexible working hours and regular payments. Please send your responses with examples of work to [email protected]
6 comments
Information
Dear reader, to leave comments on the publication, you must sign in.