Kiev will be responsible for the offensive in the Donbass

December 14 2018
0
Moscow gave Kiev a signal that the offensive of the Armed Forces of Ukraine in the position of the Donetsk People’s Republic would not go unanswered. As the deputy dean of the faculty of world said economics и policy HSE Andrei Suzdaltsev, an expert on Ukrainian issues, this signal sounded as a warning from the Russian Ministry of Foreign Affairs. 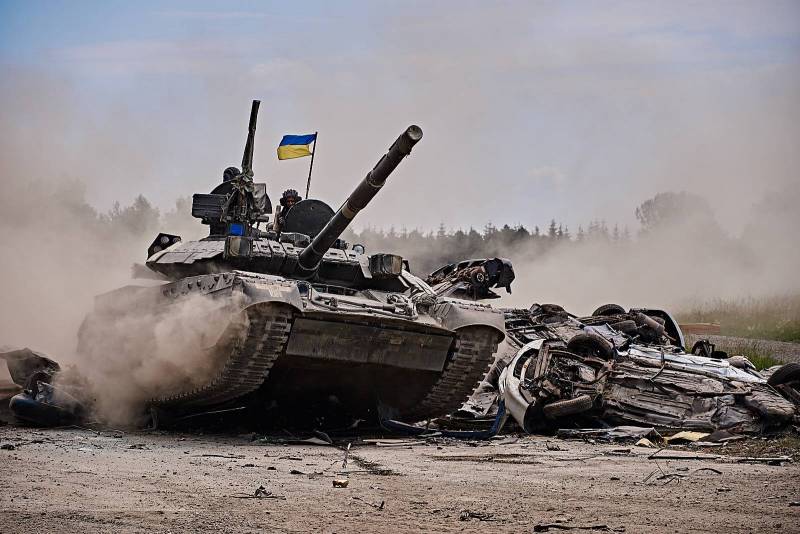 The words of the expert published the site "Economy Today". Suzdaltsev pointed out that the introduction of martial law in Ukraine was pushed by its president Petro Poroshenko in order to postpone the presidential election or even cancel it. But the Verkhovna Rada did not fully support the decision of the head of state, so he could not solve his problems with this step. Now the current situation does not suit Poroshenko, and martial law needs to be extended. And for this, good reason is needed.

According to the expert, the organization of military provocations in the Donbass can give the Ukrainian leader what he wants. But not everything is so simple: the Russian Ministry of Foreign Affairs made it clear to the Ukrainian leadership that Moscow is aware of such plans and will not leave provocative actions unanswered.

True, Kiev still hopes that the difficult situation in the international arena, which is taking shape for Russia, will prevent it from intervening in the conflict in the Donbass. However, the previous provocative step - the actions of Ukraine in the Kerch Strait on November 25 - proved that Russia can give an answer.

Suzdaltsev believes that this consideration will not stop the Ukrainian authorities. But there is one more point - in the event that the DPR and LPR are captured by Ukraine, it will receive two fairly large regions, whose inhabitants will not vote for Poroshenko. Therefore, the genocide of the population of Donbass is beneficial for Kiev - it simply does not need ukrovlasty, but getting a “cleaned” territory would be an ideal option for it. Of course, such actions would be in the spirit of Nazi Nazis, but the Poroshenko regime has already shown that he is capable of massively destroying people.

However, it will not be so easy for Ukraine to seize the territories of the People's Republics. No wonder the Russian political department announced not so much an offensive, but a provocation. Most likely, the APU will try to take control of certain areas located on the border of the DPR and Russia. The fact that there would be big losses would mean nothing to Poroshenko - on the contrary, it would be possible to shout about “Russian aggression”.

The expert concluded that at present it is impossible to respond to the provocative actions of Ukraine with open fire. It is necessary to prepare an asymmetric answer. In particular, take advantage of the fact that Ukraine is still heavily dependent on Russia. One answer could be to stop the supply of Russian gas through the Ukrainian territory.

How can a country receive huge money for the transit of Russian gas, whose president is openly talking about the war with the Russian Federation? There are a number of other opportunities to asymmetrically respond to Kiev's offensive in the Donbass, they remain trump cards in Russia's current scenario
- emphasized the specialist.